A New Kind Of Death by Alison Goodman 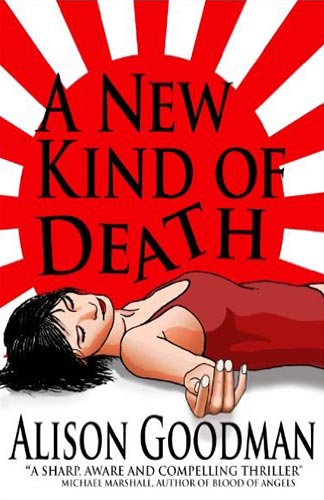 Author: Alison Goodman
Publisher: Clan Destine Press
Copyright Year: 2007
Review By: Ann Byrne
Book Synopsis: “A New Kind of Death” was formerly pusblished as “Killing The Rabbit” and is Alison Goodman’s first crime fiction and it is a beauty. The book is set between Australia and Japan with some intriguing meeting of the cultures. The strict cultural norms are highlighted in the first sentence – “The forecaster could only come to one conclusion: there was no company protocol for hiring an assassin.”

Hannie Reynard, a film producer, has just got her big break with funding for her documentary Freaks or Frauds. In researching the film she comes across the rabbit woman mutation. A Japanese forecaster also has an interest in the mutation. The scene is now set for a fast pacing resolution of the competing ambitions and only one can be the winner.

A New Kind of Death is a page turner and whilst the detail of the mutation will be surprising to most people its use is believable and the information provided shows credible scientific research.
Additionally there is a love interest which provides some great dialogue as well as broadening the plot as Hannie and Mosson Ferrit have a history.

In my view Alison is a writer to follow, however she appears not to want to tie herself down to one genre just at this stage of her career. Let’s hope she comes back to crime fiction soon.