Announcing the presenter – and shortlist – for the 24th Scarlet Stiletto Awards 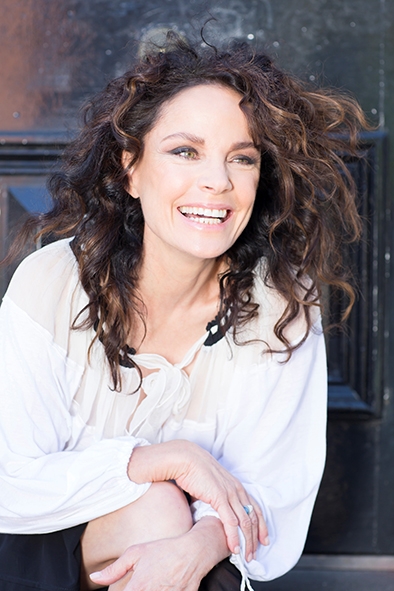 Sisters in Crime in delighted to announce that Sigrid Thornton, icon of Australian screen, television and stage, will present its 24th Scarlet Stiletto Short Story Awards on Saturday 18 November at Swinburne University of Technology, following champagne and canapés at 6pm.

Before presenting the awards, Sigrid Thornton will discuss her ‘life in crime’ (and much more) with crime author and performer Jane Clifton.

Twenty-six stories – out of 186 entries –made it to this year’s shortlist and compete for $8,600 in prize money plus the coveted trophy, a scarlet stiletto with its steel heel plunging into a perspex mount, for the overall winner.

Michaela Lobb, the Scarlet Stiletto Awards wrangler, said that Sisters in Crime couldn’t be more thrilled to have Sigrid Thornton presenting the awards.

“Sigrid has been a long-time supporter of Sisters in Crime and presented the 3rd Scarlet Stiletto Awards back in 1996. In 2007 she launched Scarlet Stiletto: The First Cut, a collection of winning stories from 1994–2006,” she said.

“A decade later she’s teaming up with her old pal from Prisoner, Jane Clifton, crime author and Sisters in Crime to present the awards again. It’s hard to think of anyone who has had a tighter grip on the affections of Australian audiences and for so long.”

“Each year we say that the standard of writing just continues to improve and each year this continues to be true,” Lobb said. “And what’s particularly true is the outstanding calibre of young Australian writers. They are on their way to rewriting Australia’s literary landscape. On all fronts, crime is a literary force to be reckoned with.”

Lobb invited all crime fans – ‘brothers-on-law’ included – to join Sisters in Crime for champagne and canapés on 18 No ember as it celebrates Australia’s crime-writing talent.

“We’re sure that everyone will love the new venue – all thanks to our wonderful event sponsor, Swinburne University of Technology – and the new-look ceremony. A cocktail (well, champagne) party offers everyone a great excuse to frock up,” Lobb said.

Jane Clifton – author, actress, singer and registered civil celebrant – is still most famous for her role as bank robber Margo Gaffney in Prisoner (1980–84), the show on which Wentworth is based. Ironically, Prisoner, was one of the last shows that did not pay its cast for repeats.

In the late 1970s, Jane was a member of New Wave band Stiletto. As well as singing and performing in stage shows such as Menopause: The Musical, Jane has also written a memoir and three crime novels. Between performing, she works as a civil celebrant and is also a driver for the all-female ride-sharing service, Shebah.

Jane is often asked if there is anything she can’t do, to which she simply replies,”Ballet and make money.” She has finished her fifth novel, which is not crime, but she promises she will be returning to a life of crime with Flash, a sequel to Flush.

This event has been generously sponsored by Swinburne University of Technology. Sisters in Crime also acknowledges the support of the Australian Cultural Fund.