Become a Partner in Crime for the 24th Scarlet Stiletto Awards 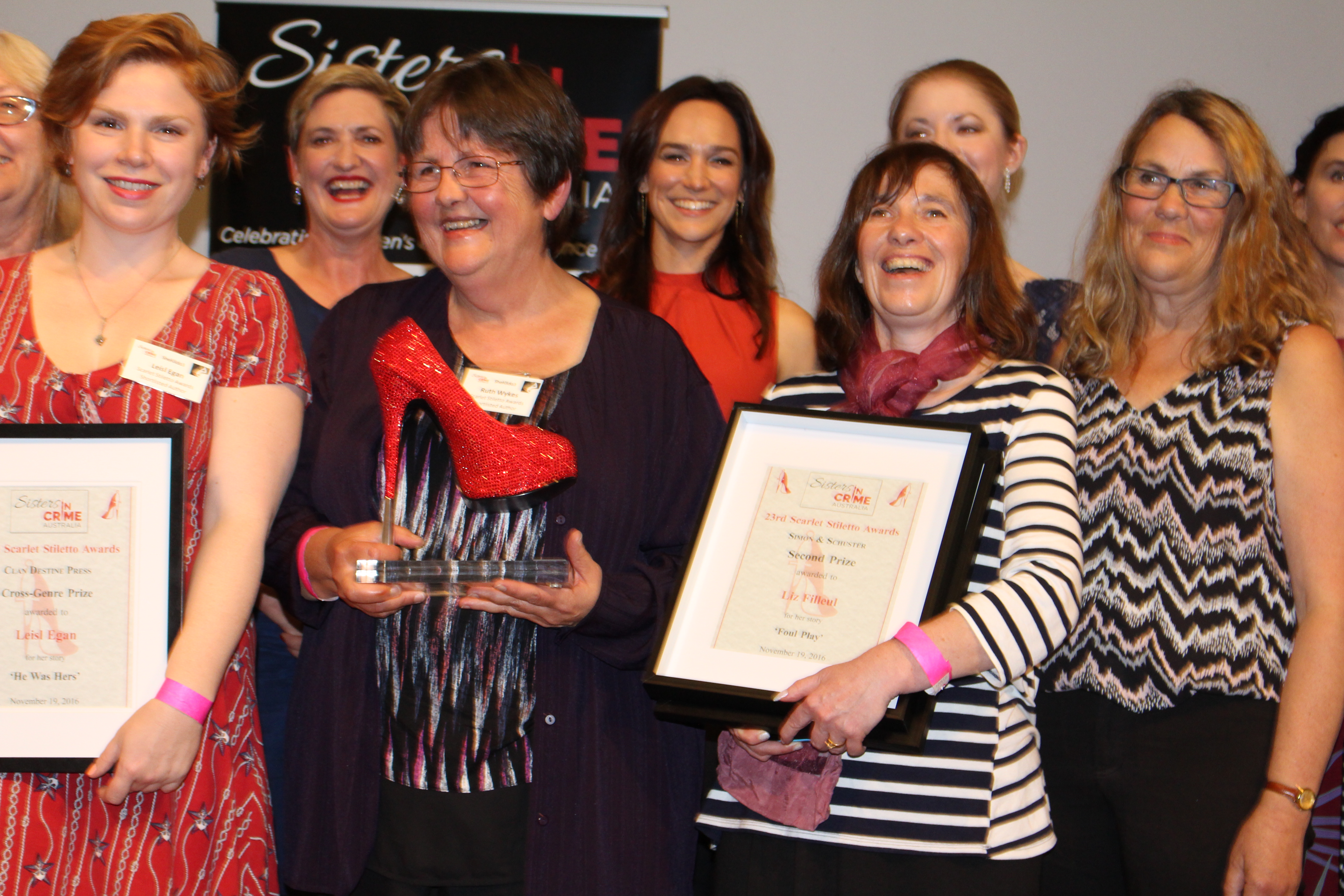 Sisters in Crime Australia is appealing to members and supporters to donate towards its 24th Scarlet Stiletto Awards Short-Story Competition celebrations.

“Back in 1994, Sisters in Crime believed the Scarlet Stiletto would be a dagger with a difference – and so it has proved,” says national co-convener Michaela Lobb. “To date, 3084 stories have been entered with 22 Scarlet Stiletto Award winners – including category winners – going on to have novels published.”

The winners have come from all walks of life –librarians, editors, teachers, students, union officials, journalists, public servants, psychologists, investigators, exercise instructors, shop assistants, mothers and retirees. A few have been full-time writers. The youngest winner of the Youth Award was eight-years old and she wrote a compelling story about the axe-murdering relief teacher.

Amazingly, five women have won the First Prize (and the Scarlet Stiletto trophy) twice. Eight collections of winning stories have been published by Clan Destine Press.

Become a partner in crime and give emerging women writers the support they need and the recognition they deserve.  Donations go towards the cost of running the event, and the Youth Award which lacked a sponsor this year. The $8100 already donated by sponsors goes directly to the prize winners.

The awards will be presented on Saturday 18 November – details to come.

Donations over $2 made through the Australian Cultural Fund are tax deductible. The appeal closes on 24 October.