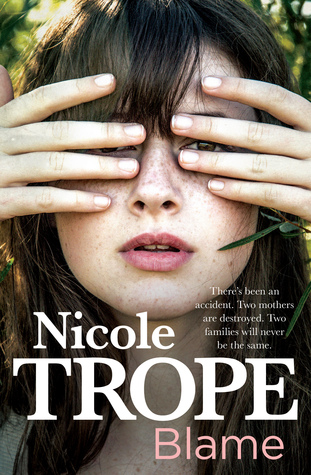 Caro and Anna are best friends… they were best friends. Over a decade, Caro and Anna have bonded while raising their daughters, two little girls the same age but living two very different lives. The women have supported each other as they have shared the joys and trials of motherhood, but now everything has changed.

There’s been a terrible car accident, an unimaginable tragedy that leaves both families devastated. Over two days as Caro and Anna each detail their own versions of events, they are forced to reveal hidden truths and closely guarded secrets.

The complicated lives of wives and mothers are laid bare as both women come to realise that even best friends don’t tell each other everything. And when hearts are broken, even best friends need someone to blame.

Motherhood is both a powerful and a painful experience. Trope brings out the effects of these intertwining aspects as the two main protagonists are being interviewed in a forensic setting. While this action takes place over a mere two days, it dredges up long standing emotions and fears.

Trope describes the curse of self-blame and the blessing of the support of a good friend who understands. The combination of guilt and blame explodes when the mothers, who both have a child of the same age, and have helped each other through difficult times, are pushed to the limits. An accident blows them apart. Support is no longer in the mixture.

Old coping methods don’t work and platitudes, such as ‘time heals,’ uttered by well-meaning people, just exacerbate the problems. The reader is reminded that ‘everyone has something to hide.’ The mothers are not alone. We all ask ‘why me?’ at some stage. This links in with the idea that if there are problems, someone else is at fault and someone else should pay. Both mothers are blaming themselves but try to ease the pain by blaming the other.

There is no real help. Partners blame the women for the turmoil that has also affected their own lives. Professional helpers are kindly but don’t connect with the deep turmoil that the women are experiencing. Can old demons be laid to rest? Is there any way out?

Throughout the dilemmas that the women experience, the legal processes are continuing to their own inexorable conclusion. There is despair all around. Trope describes the terrors of one of the mothers as she “imagined herself on top of a pile of wood and felt the whispers burning around her.”

This is shortly followed by the clever surprise ending. I’m looking forward to her next book.

Previous books include:  The Secrets of Silence and Hush Little Bird.