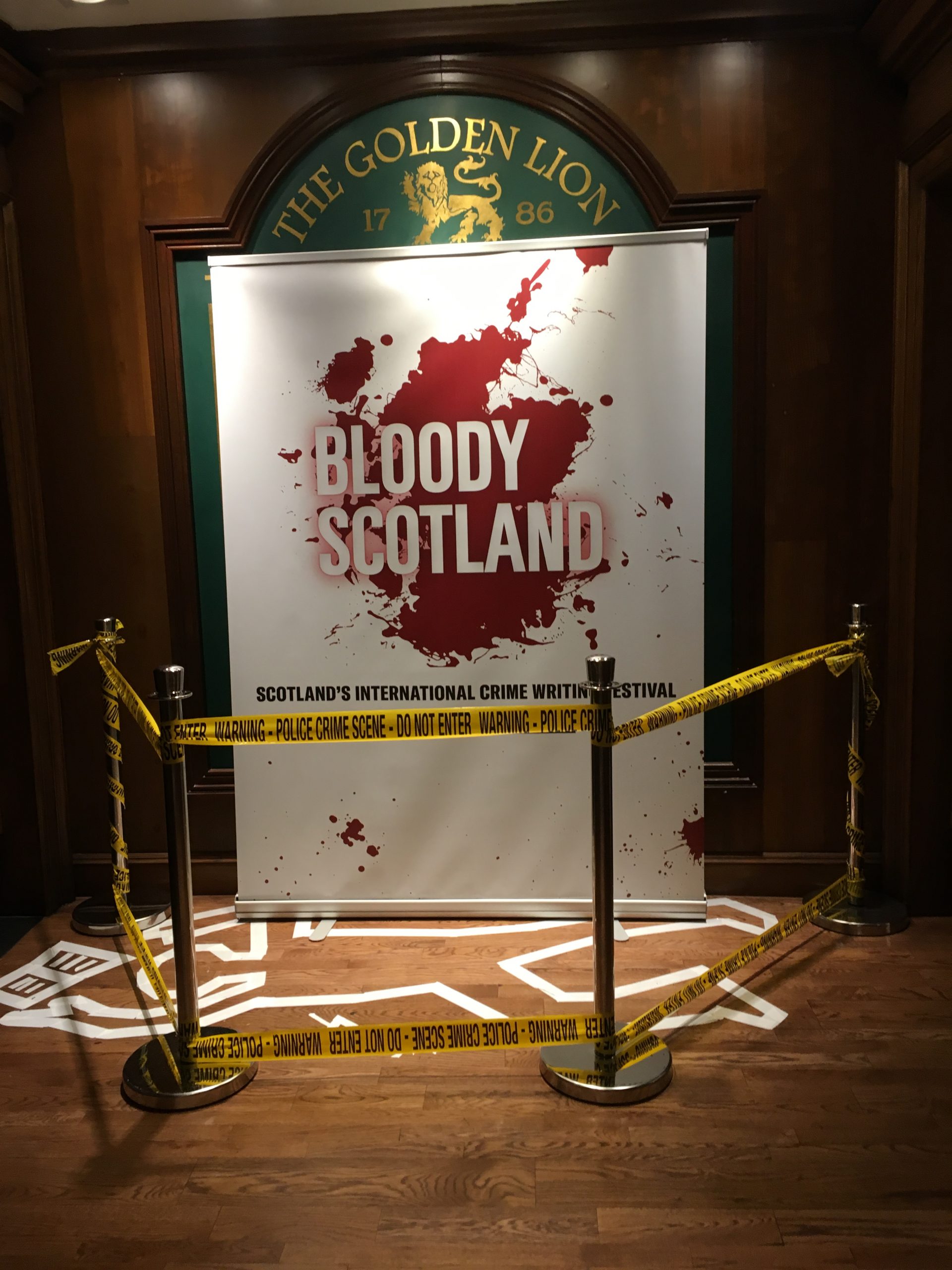 Sisters in Crime Melbourne member, journalist Jacquie Byron, reports on Bloody Scotland, not an insult conjured up by the Sassenachs but a crime writing festival in Stirling north-east of Glasgow.

This year’s event (18-20 September) was my first and if I won Tattslotto I’d return again and again. For my money, it offers up the type of events you no longer get at home … opportunities to hone writing skills and pitch ideas to industry insiders alongside forums where authors provide focused insights into their works, thoughts and craft. Emerging crime writers reap the rewards too; the Crime in the Spotlight program sees a new (published) writer read an excerpt from his or her book before each of the main sessions. Genius!

While there are a number of cultural events on the program, they don’t drift into the abstract ‘arts community’ margins popular with some Aussie festivals. Instead they involve authors, writing and unique Scottish features. A football game between Scottish and English authors, a play by Douglas Skelton, and ‘The Killer Ceilidh’ – a raucous knees up in the ballroom of The Golden Lion hotel – were all part of this year’s program. 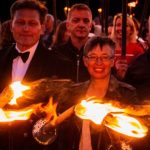 Opening night set the tone perfectly, almost magically. Surrounded by the medieval splendour of the Church of The Holy Rude, sipping Stirling Gin cocktails, we watched special guest David Baldacci present the McIlvanney Prize for best Scottish crime novel of the year. The winner, Manda Scott (A Treachery of Spies), is only the second woman to take out the prize and, in a gesture inspired by a day of climate action, she invited fellow finalists Doug Johnstone, Denise Mina and Ambrose Parry to join her on stage and share the £1,000 prize. She said, “We need to change the way we do things; this starts with abandoning rivalry.” This event was followed by a torch procession through the streets, kicking off amidst the blaring pomp of bagpipes on the grounds of Stirling Castle.

Manda Scott and her book were also a feature of a special panel called ‘Spy Sisters’ inspired by the emerging gang of female writers making names for themselves in the traditionally male-dominated espionage genre.

Bloody Scotland takes places over a Friday, Saturday and Sunday meaning there are too many events for me to bang on about here. Suffice to say the one-on-one interview between crime king Ian Rankin and Scotland’s First Minister, Nicola Sturgeon, was particularly wonderful. Amazing to see no armed police officers in the crowd for this event.

The Denise Mina, Louise Welsh session was also a highlight. Welsh’s book, The Cutting Room, remains a favourite of mine while Mina appears to be something of a golden child in UK culture and literary circles, stretching her talents across playwriting, television presenting, graphic novels and more.

Bloody Scotland? Bloody get there.