Celebrating Miss Fisher & the Crypt of Tears in style 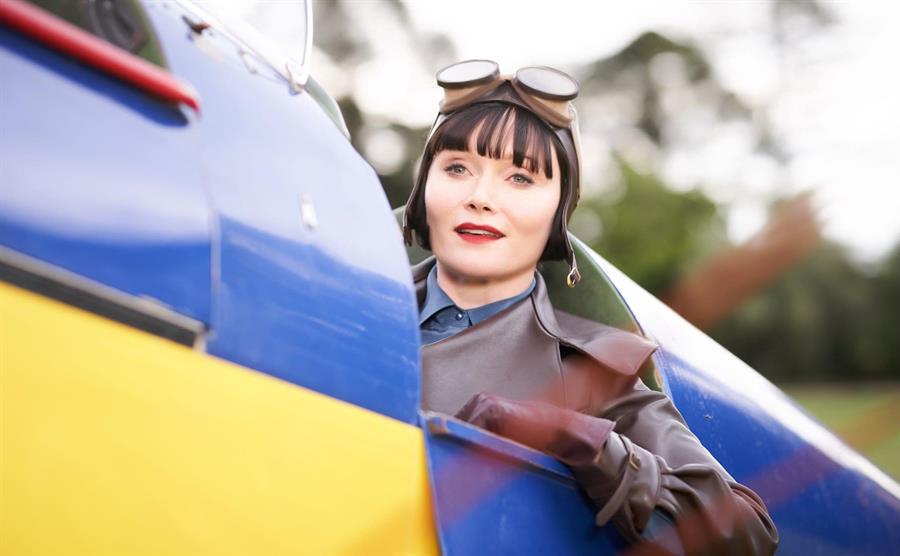 On Sunday 1 March Sisters in Crime booked out a 98-seat theatre at Yarraville’s Sun Theatre for a special screening of  Miss Fisher & the Crypt of Tears, inspired by the 20 novels in the Miss Fisher murder mystery series, written by founding member, Kerry Greenwood (now OAM).

The event was sold out and no wonder! Fans came from far and wide – from Adelaide to Portland and South Carolina in the USA.  We were joined by several members of the Adventuresses’ Club of the Americas, the fan organisation that runs the Miss Fisher Convention. 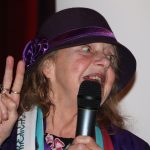 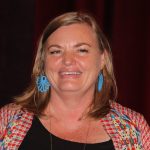 Of behalf of my Sister in Crime – Deb Cox and myself – I would like to thank you for coming here today.

It is so exciting to be included in a Sisters in Crime event and to be beside the creator of Phryne Fisher – Kerry Greenwood. It is Kerry’s sense of community, social justice and love of life which is at the core of what fans have responded to. We are fortunate to have been given the opportunity to amplify what she created and introduce her legacy to a new legion of fans. We thank Kerry for trusting and always supporting us and for letting us be caretakers of her work in the world of TV and now film. She is a person that deserves the Order of Australia – she is a local legend.

We can’t do what we do without support and we do get support , but in reality the arts community is under siege and the Australian government, in its wisdom, have decided the arts now belong in the department of transport – so I guess that makes our film a kind of ‘road movie’.

But seriously we cannot underestimate how important the arts are to our community. The arts take us places, makes us think and engenders looking at the world from different viewpoint. It is an act of courage to be creative and that is what you do with your work and why we love Phryne; she is courageous.

Talking about community – it means a lot to have these screenings at the Sun Theatre. Michael and Ann Smith who own the Sun are investors in the film and are shining examples of people who support community and the arts, we cannot thank them enough. You also have to try the Phryne cocktail they created!

We also want to thank the investors and crowd funders, many who are family and friends, they do this, not just because of their connection to us, but because they want to support a female lead company telling female lead stories.

For all those here today that have contributed to the film we would like to acknowledge you and thank you if you could please stand.

This film, apart from a few murders, is also about joy and a celebration – so we hope you enjoy the ride and are entertained in what is a fun filled experience. Miss Fisher is about a woman ahead of her time and I think Sisters inCcrime has a few of them in your ranks! I have attended a few Sisters in Crime functions now and I am amazed by the quiet and exuberant achievers amongst you and think it is fantastic that this network gives an opportunity for your voices to be celebrated and heard.

This film isn’t for the critics – it is for the audience, so word of mouth is incredibly important so if you like this film please spread the word and tell them to go and see it soon and please come again.

Cinemas may have closed down denying us opportunities to see Miss Fisher and the Crypt of Tears but US fans have found a way to collectively enjoy it. Author Kerry Greenwood (pictured left) received this email earlier this week:

“In case you haven’t heard, there is a fan-initiated online event on Facebook called “Miss Fisher and the Crypt of Tears: Living Room Premieres” scheduled for Monday evening, March 23, 2020 (U.S. Time) – the day Acorn TV starts streaming the movie. Since many theatrical showings are canceled or postponed amid coronavirus outbreak, Jo Jo Stiletto (aka @professor_of_nerdlesque on Instagram) came up with the idea of everyone getting dressed up and watching it in the safety of our living rooms. A number of MFMM groups have joined the effort in promoting the event; I too think it’s brilliant and do my part to help spread the word. Hope to “see” you all then!”