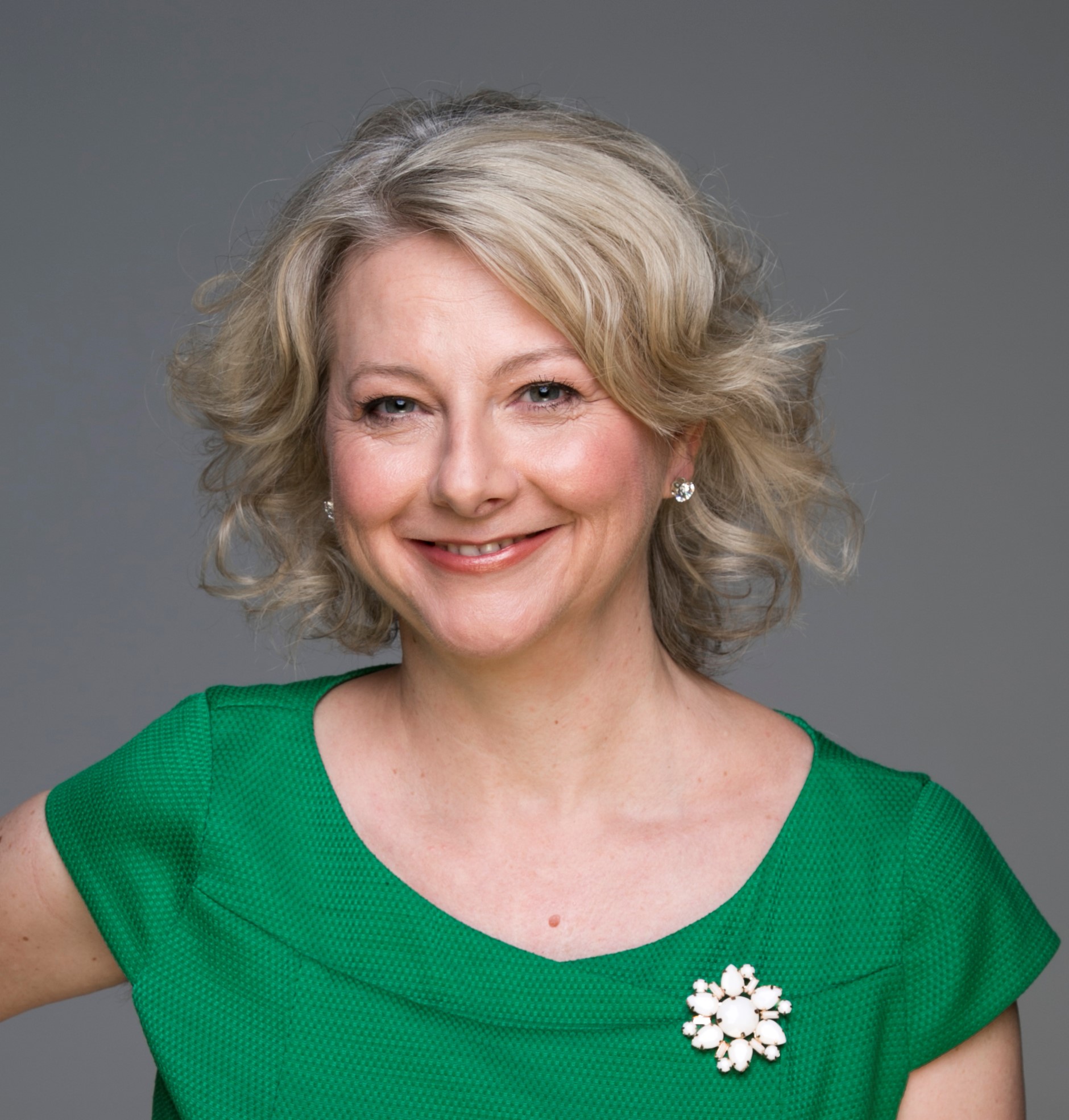 ‘You’re in love with love,’ my mother told me once. I must have been all of fourteen: flat-chested, grinning in shiny braces, complete with frightening, jutting headgear I wore at night. I went to girls’ school and I had no brothers. No men in the house at all.

When my mother said that, about being in love with love, I was mooning about the lounge room, pupils shaped like love hearts, blinded by the glory that was Harrison Ford (or rather, Han Solo), or perhaps Simon Le Bon. I thought my mother’s words were the greatest insult ever, as if I wasn’t actually in love with Han or Simon but instead, in love with some theoretical concept. GREATEST. INSULT. EVER!!!! (Note the teenage high-drama multiple exclamation marks.) I flounced off to my room and threw myself on the bed, devastatingly.

She was right, of course. The evidence is there, now: three (!!!) marriages, and four previous novels, some of which are textbook romances; others have strong romance elements. So how is it I’m here, among the legendary Sisters? Because my new novel, The Fragments, is either a romance with strong crime elements, or a crime novel with romance elements. Which is a tomarto/tomayto kind of thing. My inspiration behind this crime/romance meld (and my inspiration in most things) was Jane.

Oh, my beloved Jane. Austen, of course. While I haven’t been in love with Jane for as long as I have Han Solo or Simon Le Bon, I’ve certainly been truer to her. I’ve studied her as part of my PhD thesis on romantic comedy through time and form. I’ve read all the novels, multiple times. Yes, even Mansfield Park. I could go on and on about the glory that is Persuasion, the delight of Pride and Prejudice, the stinging whip that is Sense and Sensibility, the sheer joy of Northanger Abbey. But I’d like to tell you about one important aspect of her masterpiece of voice and psychology, Emma. 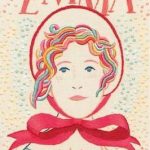 I first read Emma when I was too young to appreciate Austen’s genius—but even then, one weird thing about the novel stood out to me. The character of Mr Perry, the apothecary, is mentioned a lot. Really a lot. In Emma, the word ‘Perry’ appears 83 times. (Some of these, I admit, are Mrs Perry or the little Perrys—but they still perform the function of keeping the character of Mr Perry at the front of the reader’s mind.) Yet—and this is the strange part—he never actually appears in a scene. He has no dialogue, no presence in a real way. We’re told he “…was an intelligent, gentlemanlike man, whose frequent visits were one of the comforts of Mr. Woodhouse’s life…” and, courtesy of Mr Woodhouse himself, that “Poor Perry is bilious, and he has not time to take care of himself…” but the man himself doesn’t so much as drop by Hartfield for tea, at least not in front of the reader.

The first time I read Emma, I spent much of the novel waiting for Perry’s grand appearance. Jane Austen is no dill. I thought she was clearly building up to something important, in a Chekhov’s gun kind of way. But no. Perry is important because of one plot point: in conversation, Frank Churchill reveals that he knows that Mr Perry is planning to buy a carriage. Frank shouldn’t know this. There’s no reason for him to know this. The person who does know this is Jane Fairfax. Frank’s blabbing about Mr Perry’s carriage reveals that he and Jane Fairfax are in secret communication—in fact, they’re secretly engaged and writing letters to each other, on the sly.

At least, that’s the usual interpretation. But me, in love with love, thinks to myself: Really? If I was Jane Fairfax, stuck in that tiny house with Mrs and Miss Bates talking all the time, head over heels in love with dishy Frank—would I be writing about the village apothecary’s transportation issues?

I would not. I would be writing ‘No, I love you more’ or ‘You put your quill down first’, or whatever love-sick girls wrote in the early nineteenth century. Yes, even Jane Fairfax, because despite her being a level-headed woman, she’s so hot for bad-boy Frank that she’s even secretly engaged, which is not the done thing.

That is suspicious point one.

Suspicious point two is as follows: something I have always admired about Jane Austen is her (relative) restraint in solving plot and character issues—especially financial problems— with a deus ex machina solution. Her books are in the real world, or a close facsimile of it. Not for her the sudden, unexpected inheritance or the convenient death so beloved of Dickens or Mrs Gaskell.  Austen’s poor(ish) people stay that way, unless they solve it themselves, usually by marrying up. Except in Emma. Frank’s adoptive mother, Mrs Churchill, who has long been a pain in his arse, and who would heartily disapprove of his marrying Jane Fairfax and cut him off without a cent, conveniently drops dead—right at the perfect time for Frank. It happens like this: Frank heads off to visit her, and Mrs Churchill ‘…had not lived above six-and-thirty hours after his return. A sudden seizure of a different nature from any thing foreboded by her general state, had carried her off after a short struggle.’

You don’t need to be Aaron Falk to solve this one. Frank knocked Mrs Churchill off, obviously, and his intelligence as to Mr Perry’s carriage is first-hand, obtained when Mr Perry supplied Frank with the appropriate poison. The money for the excellent new carriage is to be obtained when Frank receives his inheritance, and pays Perry for his assistance.

I’m not the only one to have noticed that Emma is, in fact, a crime novel. (But oh! If only I had been! What a crowning achievement to one’s life!) In hunting on the internet while researching this post, I found a marvellous paper from the Fall 1990 edition of The Journal of Narrative Technique, by Leland Monk, Associate Professor of English at Boston University, titled ‘Murder She Wrote: The Mystery of Jane Austen’s “Emma”’. Professor Monk makes a much better case than I have, and finds lots of other clues, including lots of suspicious sentences and undercurrents in this novel, already full of puzzles and hidden meanings. (One example: the narrator’s metaphorical view on Emma sending pantry staples to Miss Bates, Jane Fairfax’s aunt: ‘..arrowroot from the Hartfield storeroom must have been poison.’)

I now consider the case proven beyond any reasonable doubt. The original crime/romance writer was Miss Jane Austen, and the rest of us remain her pale imitations.

Award-winning author Toni Jordan’s latest novel, The Fragments, is her first foray into the mystery world. Toni has written four other novels and also teaches creative writing at Faber Academy.

Toni will join M J Tjia and Kirsten Alexander in talking to Alison Goodman about why digging into the past provides such fertile themes and characters for crime writing:  The past is never past: New mysteries with history, Friday 22 February, 8pm, Rising Sun Hotel, 2 Raglan St., South Melbourne.  Bookings: https://mysterieswithhistory.eventbrite.com