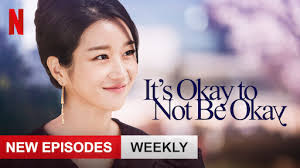 I am a television tragic, sadly one with a penchant for crimes that take place in other cultural milieux. So far, geographically, I am a victim of Turkish and South Korean tele novellas, each reflecting the cultural overtones of those two countries. Are the crimes there very different from those that take place closer to home in Australia and in the Anglophone world? Not drastically different, but crime itself is afforded unique opportunities within these political and cultural systems different from our own.

A key differentiation in the way the television cultures in these countries treat crime is that crimes are typically a collective affair: rarely is one individual the lone agent. There’s always a family, a group, a village, a community aligned with the deeds. And that makes for complicated plotlines that traverse social, linguistic and temporal spaces. As social power structures and relationships differ from place to place, and from country to country, perpetrators make different choices. As a consequence, women in Turkish and South Korean stories experience and enact local realities, even though they fit within recognisable archetypes.

Women play a visible role in Turkish TV productions because they feature strongly in the culture, although not always noticeably. However, in Turkish dizis (tele novellas), female protagonists are always present, as victims, perpetrators or unintentional instigators. Several female scriptwriters and producers have made a mark in Turkish TV shows, despite some of the patriarchal aspects of the culture. In one of the more famous Turkish tele novellas, Fatmagül’ün Suçu Ne?[i], written by two women, and one man, the victim of a gang rape progressively mobilises support for justice in her social setting, and ultimately in the legal world, to prosecute the perpetrators. Without endorsing or recommending such a tortuous process of justice, the Turkish story is told in a way that would not be done locally. As a victim, this woman triumphs precisely through her victimisation. Refusing to accept how male-dominated practices have positioned her, her endurance becomes her salvation, and ultimately her victory. This is because power, in Turkey in wealthy families, resides differently from how it does here. 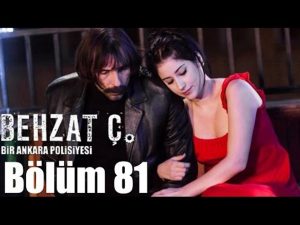 In another addictive Turkish crime series, Behzat Ç, still on Netflix[i], a very dysfunctional, male-dominated murder investigation team is counterpointed by the brilliant female prosecutor as well as by the daughter of the chief detective, herself a victim and a perpetrator of crime in the story. Each of the 95 episodes has a new murder, including an underlying story covering two serial killers, one a male psychopathic operator and the other, a female detective who doubles as a serial killer when no one is looking. Here is a clip of one episode:

Understanding the political undertones of Behzat Ç at the heart of the stories is key to grasping crime, power and desire from this Turkish perspective. The chief detective, Behzat Ç, undertakes his mission in the name of the common people and his entire disdain of wealth, power and greed, raises the stakes of justice, of forgiveness, of gender, as features of crime in ways that we don’t deal with that often in Australia. Not because these scenarios don’t exist here, but because the cultural and social practices are different.

It’s not accidental that I gravitate between Turkish and South Korean TV shows and movies – the countries have a lot in common and share many cinematic traditions and productions. I particularly love the way both countries’ productions understand and focus on the entanglement of artefacts, spacetimes and bodies, all of them key components of crime stories. Also, productions are filmed in real locations – in prisons, hospitals, cars, streets and homes – emphasising cinematic realism.

South Korean tele novellas in their unique way, provide a twist on stories with a different co-dependence between crime, power and desire in that country. If you’ve seen the Korean movies Parasite[i] or Burning recently, you’ll connect to the societal structures, portrayed as heavily stratified along status, wealth and poverty lines and ways in which they coalesce in Crime. Here we see archetypes of the wealth divide in Korean society and ways in which this intersects criminally. We witness in one case, how the disenfranchised, the dispossessed, the undone, exact revenge as best they can to get even, somehow to rebalance the imbalances that society continually dishes up to them.

Another fantastical, quirky, postmodern look at South Korean television crime genre is captured in a series currently on Netflix, It’s OK To Not Be OK[ii], written by a woman. The primary perpetrator of wickedness in the story is a woman writer who manages to damage her daughter – a writer of childrens’ books – while growing up. In this tele novella, crime, desire and power coalesce once again in a very unusual and unique production, where female niceness is not assumed. https://www.imdb.com/video/vi1947319833?ref_=tt_pv_vi_aiv_1

I did read recently that one Korean series was withdrawn from SBS On Demand because of inappropriate portrayals of minors and sexual innuendos ‘deemed unsuitable for public viewing’. It is surely time to move on from particular tropes including dated, crime thrillers like No Country for Old Men where the only four female actors in the saga are listed as a nurse (uncredited), a waitress, a poolside woman, and a secretary. Similarly although brilliant, The Wire, a review of which I re read recently, is also pretty much a female-free zone. On a concluding note, Babylon Berlin, although set in the late 1930s in Germany is a benchmark of how to create a complex, female crime protagonist.

If you’d like to read more on Turkish TV dramas and movies please visit https://mariemanidis2013.wordpress.com/2020/05/01/published-pieces-on-turkish-movies-actors-and-dizis-tv-series/

Video clips are the property of their original owners, no copyright infringement intended. Photos in the published reviews belong to the original owner.

[ii] Behzat Ç: Bir Ankara Polisiyesi, (Behzat Ç: An Ankara Detective), 2010-2019 (the Ç, pronounced in Turkish as in Che Guevara, is rumoured to be the inspiration for the letter in the title)