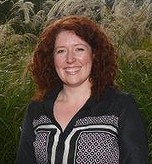 Sisters in Crime offers its warmest congratulations to St Kilda author Jane Harper who has won the Victorian Premier’s Literary Award for an Unpublished Manuscript.

Harper took out the $15,000 prize for her crime novel, The Dry, set in rural Australia.

The Age reported the judges saying that Harper “weaves together themes about belonging, loyalty and forgiveness in an exploration of the best and worst of rural Australia … [she] has delivered an accomplished piece of crime writing, one destined to find a wide audience”.

Presumably publishers are beating a quick path to Jane’s door.

It has certainly proved a boon to other authors. Sisters in Crime member Angela Savage won the award in 2004 for a manuscript which grew out of a story which won the 3rd prize in Sisters in Crime’s Scarlet Stiletto Awards in 1998. She has since published three novels featuring her Thailand-based P I Jayne Keeney.

Sisters in Crime member J M (Jenny) Green, who has a debut novel Good Money coming out with Scribe in November, was shortlisted for the award last year.

The prize has also previously gone to writers such as Carrie Tiffany, Graeme Simsion and Maxine Beneba Clarke and given their careers a massive kickstart.

The Award for an Unpublished Manuscript is part of the Victorian Premier’s Literary Awards program, which is administered by the Wheeler Centre for Books, Writing and Ideas on behalf of the Andrews Labor Government.