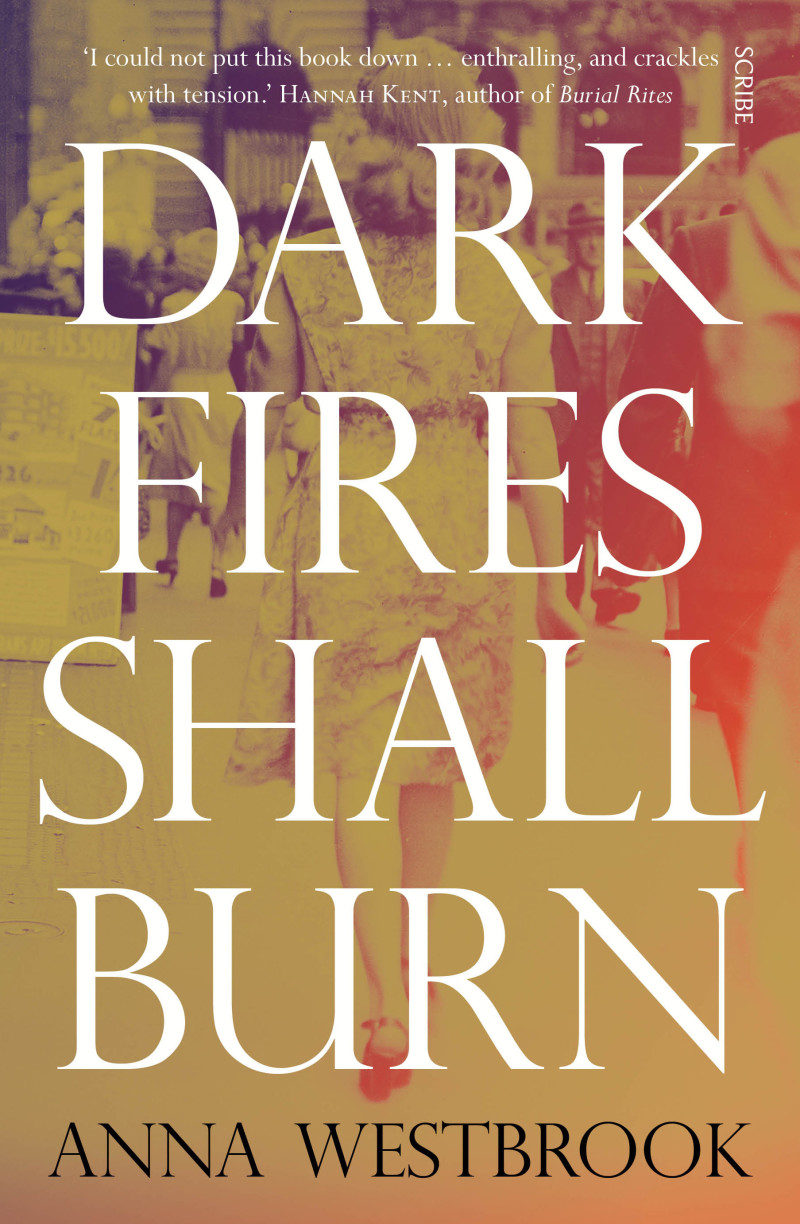 Sydney, 1946. Eleven-year-old Frances and her best friend, Nancy, are growing up in the doglegged streets of Newtown and into a world they do not understand. It is the aftermath of World War II, and thousands of damaged soldiers have returned to their homes, bearing the psychological scars of battle with them.

Meanwhile, in the seediest part of the city, fifteen-year-old Templeton lives amid bootleggers, gangs, and prostitutes with his sister Annie and her friends. Threatened by Annie’s abusive lover, the nefarious Jack Tooth, they are forced to seek protection from a Darlinghurst madam: the once-powerful grog runner Dolly Jenkins. Soon, Templeton is drawn into an enigmatic underbelly of violence, sexuality, and secrets.

When Frances witnesses a shooting one night, these two worlds become inevitably intertwined. Templeton and the girls must grow up quickly and confront the darkness in the lives of those around them.

Dark Fires is an exceptionally well-researched book that convinces and also depresses with its realistic accounts of life among the less privileged families of Sydney, specifically Newtown, in 1946 in the immediate aftermath of World War II. Alongside the stories of two young girls there, who are friends, we are shown a much seedier part of the city where a group of orphaned or abandoned young people live among gangs, bootleggers and prostitutes. One of these, Annie, who has escaped from a dim rural existence with her brother, Templeton, develops a fatal fascination for a ruthless criminal, Jack Tooth. At one point they run for protection to a Darlinghurst madam and one-time grog runner, Dolly. Life takes a turn for them then into rivalries and sexual adventures and violent jealousies.

These two strands of the book’s structure and plot come together when one of the little Newtown girls, the stifled daughter of an overly-churchified mother, is murdered in a cemetery, and Templeton believes that Jack Tooth is responsible. The atmosphere of fear, estrangement from his sister, and his increasing sense of isolation are evoked well, making Templeton for me the most identifiable figure as he struggles with his loyalties to friends and family and by stages is drawn into becoming a rent boy. I found the portraits of the several other girls in the squat and then the brothel not so compelling and harder to distinguish from one another or feel for. The figure of Dolly, however, is strongly drawn as is the larger than life, man-woman, Tipper.

The novel is said to be inspired by the true events of an unsolved murder, only too believable in the unsettled world of psychologically damaged war torn returned soldiers roiling around Sydney, and comes with a glowing endorsement from Hannah Kent, who wrote ‘Burial Rites’.