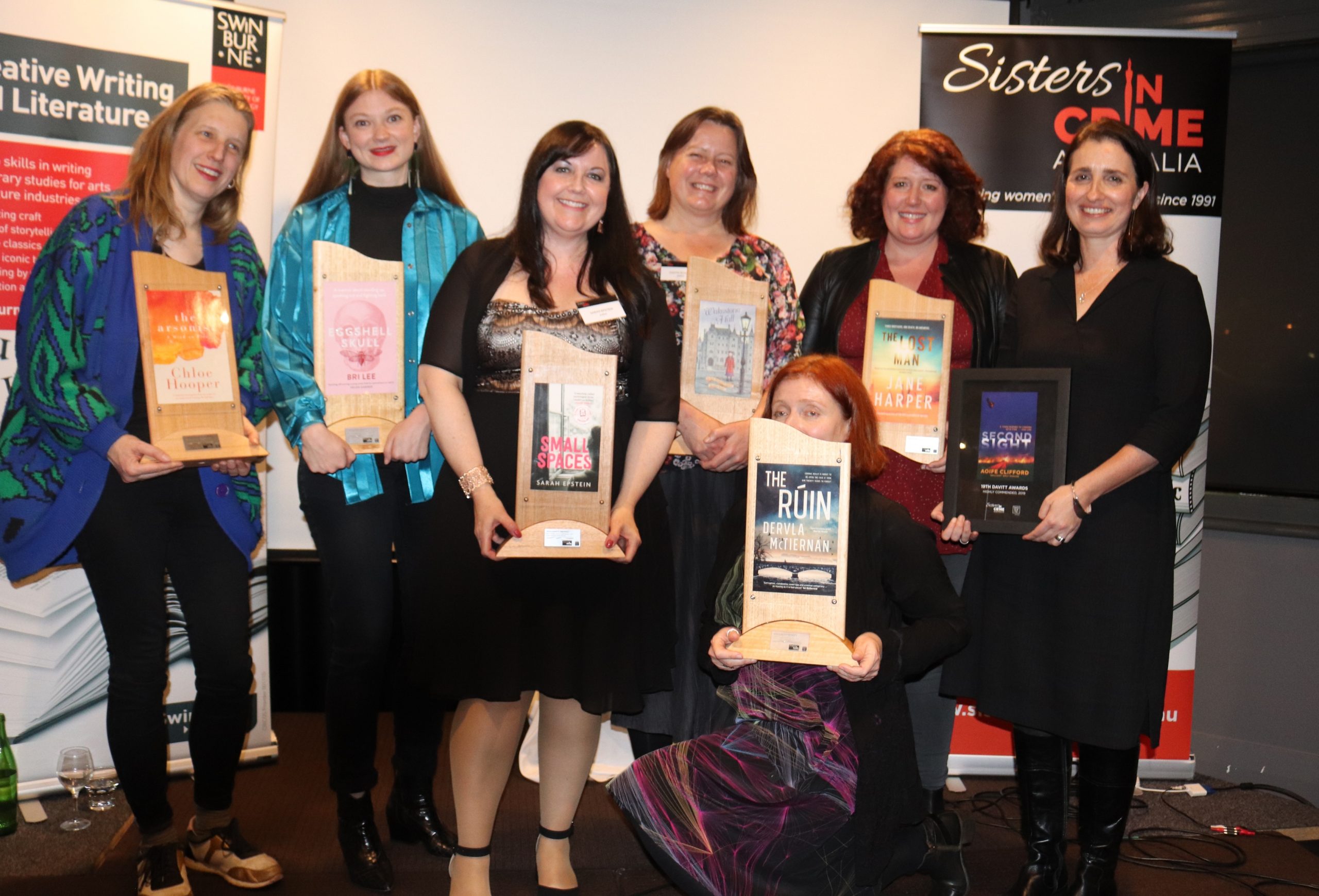 The deadline for Sisters in Crime Australia’s 20th Davitt Awards for the best crime and mystery books by Australian women has been extended to Friday 15 May. This year the Davitts are again sponsored by Swinburne University of Technology.

New judges’ wrangler, Moraig Kisler, said that the pandemic had created problems across the board, across the world and the Davitts have not been immune.

“A lot of publishers don’t have anyone in the office and, regrettably, some have had to lay off staff. The post has also been incredibly slow with books sometimes taking weeks to reach judges,” Kisler said.

“Nevertheless, Sisters in Crime is proud to announce that over 130 books are already in contention – a record. Remarkably, nearly 90 adult novels have been entered, with a noticeable increase in romantic suspense books where she always gets her man. Think Fleur McDonald, Leisl Leighton, Anna Romer and Kerry McGinnis.”

Kisler said that Sisters in Crime was proud to celebrate 20 years of the Davitt Awards.

“Back in 2001, when the Davitts were first presented, only seven books competed (though true crime books were not then included). It was hard for women crime writers to get the time of day with the publishing industry. That’s all changed now and we like to think our awards can take some credit for what is inarguably an explosion of creativity,” she said.

“Australian women crime writers have won audiences and awards from across the world and their books are increasingly being adapted for the screen. Over the past few years Kerry Greenwood, Liane Moriarty, Candice Fox, Jane Harper, Sulari Gentill and Emma Viskic have all notched up plaudits globally. Now Dervla McTiernan has joined the fray with her debut novel, The Rùin, which won last year’s Davitt (Best Adult Novel), taking out the Barry Award in the US and heading for the big screen with Colin Farrell’s new Chapel Place Productions company.”

The Davitts are named after Ellen Davitt, the author of Australia’s first mystery novel, Force and Fraud, in 1865. They cost publishers nothing to enter. A longlist will be published in late May, a shortlist in July.

Self-published books are eligible. Books co-authored or edited by men are not.

Sisters in Crime Australia was set up 29 years ago and has chapters in Queensland, New South Wales, Victoria, South Australia and Western Australia. It also hosts a popular annual short-story competition, the Scarlet Stiletto Awards, which turns 27 this year.

To enter the Davitts, publishers should contact Carmel Shute, Sisters in Crime, National Co-convenor asap on admin@sistersincrime.org.au and get books to the judges before 15 May. Enquiries: 0412 569 356