Death Beyond the Limit 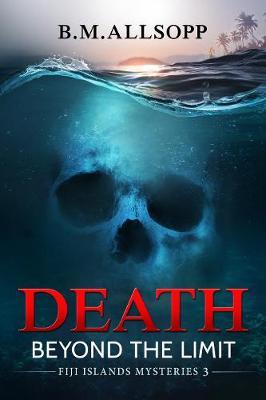 Can a landlubber detective track down crime on the high seas?

​Inspector Joe Horseman stares into the eyes of a disembodied head. Fished out of a shark’s gut, the unknown victim is soon dubbed ‘Jona’ by the media. Did the tiger shark kill Jona or was he already dead when it clamped its teeth around his neck? Horseman must battle ruthless criminals, bureaucracy and even the law itself to dredge up the answers.

But answers may not be enough this time. Will Jona’s death be just one more crime that sinks without trace beyond Fiji’s territorial waters?

The Fiji Island Mysteries series deserves to be picked up by a big publisher. It would also make an exotic and engaging television series, with a tropical splendour similar to the TV series Death in Paradise but framed with a little more intelligence and a believable plot.

Death Beyond the Limit, as with the other books in the series, conjures up the steamy heat and tropical beauty of Fiji and captures the cultural and social mores of its people. In this book Joe’s single-minded side-kick Detective Sergeant Susila (Susie) Singh is determined to uncover the truth. But she must juggle work with parental pressure to marry. She’s introduced to a handsome and charming Fijian-Indian lawyer, and this budding relationship provides an unexpected twist to the story.

When an offshore  fisherman cuts open the gut of a tiger shark, he’s horrified to find a headless body. Is the death simply a grisly shark attack or a cleverly disguised murder? And who is the victim? A few days later a hand washes ashore. Joe and Susie, with the aid of the distinctive ring found on the rotting hand, track down the identity of the victim. The investigation leads them into the world of commercial fishing and human trafficking.

Allsopp has obviously researched the agencies that govern the Fijian fishing industry, and the details of life on a commercial boat and the duties of fishing observers make for fascinating reading.

Death Beyond the Limit is a gripping read with plenty of twists and turns. Allsopp is an accomplished writer who fashions engaging characters and intriguing sub-plots.

For those seeking an illuminating read with a dash of Fijian kind-heartedness, Death Beyond the Limit fits the bill. Allsopp’s novels get better and better. It’s certainly worth seeking out the other books in the series.