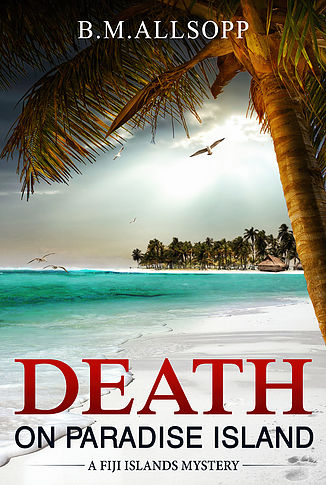 A girl’s body is found snagged on the coral reef at Fiji’s high-end Paradise Island resort, after festivities for a new marine reserve. Detective Joe Horseman, his rugby career wrecked by a shattered knee, no sooner lands at Suva airport after a year in the U.S. than he’s packed off to investigate. While Horseman’s in two minds about his future, Sergeant Susila Singh is ambitious and on her way up. To solve what seems an inexplicable death, they must together drag to the surface secrets that have no place in paradise.

The body of a teenage Fijian girl, a worker at Paradise Island, a high-end resort off Navua, is found snagged on the coral reef. Detective Sergeant Josefa Horseman, an injured national rugby hero returned from a year’s rehab in the USA, finds his nerves at coming back to his job in Suva compounded by his instant promotion to Detective Inspector and assignment to the high-profile case, together with a new sergeant, the Fiji-Indian Susila Singh.

The tale is rich in characters from different cultural backgrounds and social strata, maybe too many to make easy reading for some, especially since the island names are abbreviated in speech: Akanisi becomes Nisi; `Eseta, Essie (not the one we know); and, perhaps more confusingly, Kelepi is shortened to Keli, and so on. This is correct but can confuse the uninitiated at first, but do persevere.

The author, who is quite familiar with Fiji and the Pacific, has an unerring touch with cultural backgrounds, geography, and modes of interaction. I did not detect a false note there. Nor with Horseman who is clever, socially aware, loyal to his village family, and keen to help Suva’s homeless boys. For all his qualities of leadership, however, I did not find him especially endearing, unlike Detective Sergeant Susie (Susila) Singh, who fairly leaps off the page in her vibrancy, and enthusiasm to get on in the job.

Interesting information about a so-called Fiji Institute of Marine Science, fragile coastline ecology in the present day, the legal export of rare fish species, sea snake venom, and much more, is presented seamlessly and provides a basis for a sub plot which beams light on the original mystery. There is one accidental death, which is always a bit of a let-down, and one fiendishly clever one.

Overall, this is a superb debut novel, which I enjoyed hugely. I look forward very much to seeing more in the Fiji Islands Mystery Series.