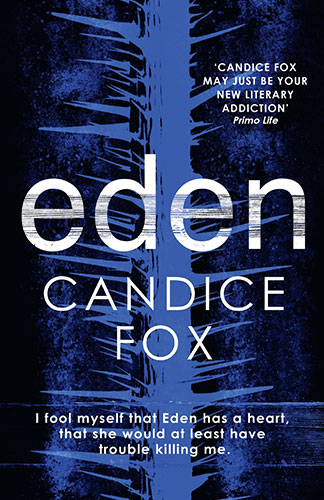 Author: Candice Fox
Publisher: Random House
Copyright Year: 2014
Review By: Anne Bruist
Book Synopsis:
Most police duos run on trust, loyalty, and the desire to see killers in court. But Detective Frank Bennett’s partner, the enigmatic Eden Archer, has nothing to offer him but darkness and danger. She doesn’t mind catching killers – but it’s not the courthouse where her justice is served.

And now Eden is about to head undercover to find three missing girls. The only link between the victims is a remote farm where the desperate go to hide and blood falls more often than rain. For Frank, the priority is to keep his partner monitored 24/7 while she’s there – but is it for Eden’s protection, or to protect their suspects from her?

Across the city at the Utulla Tip, someone is watching Hades Archer, a man whose criminal reputation is the stuff of legend. Unmasking the stalker for him might be just what Frank needs to stay out of trouble while Eden’s away.

Fox has produced another page turner where we follow Eden, still a cop, going under cover to investigate a story of missing girls who all stayed in a dead beat community residence Eden now joins. Juxtaposed with these chapters are first person account from her police partner, Frank, who as well as running the operation is recovering from his girlfriend being murdered and doing some work on the side for Hades, Eden’s crime king “father”. To add to the richness, we also follow Hades himself from young boy to disappearance of the girl he loved—the work on the side, because this is who Frank is trying to find. It sounds complicated and I guess it is, but the stories intertwine, are easy to follow and each one brings its own level of suspense and interest.

The world of Hades we are introduced to in the first book, Hades, is less strange and a little more standard crime, but has a lot of heart and fills in background of why he is the man he is. Though I’ve said this is 4 rather than 4.5, this is only because the ‘wow’ factors isn’t there in the same way, but like the first, is a good read. I read a lot—and mostly forget books pretty quickly. I didn’t forget either of these.

I look forward to more work from this author.