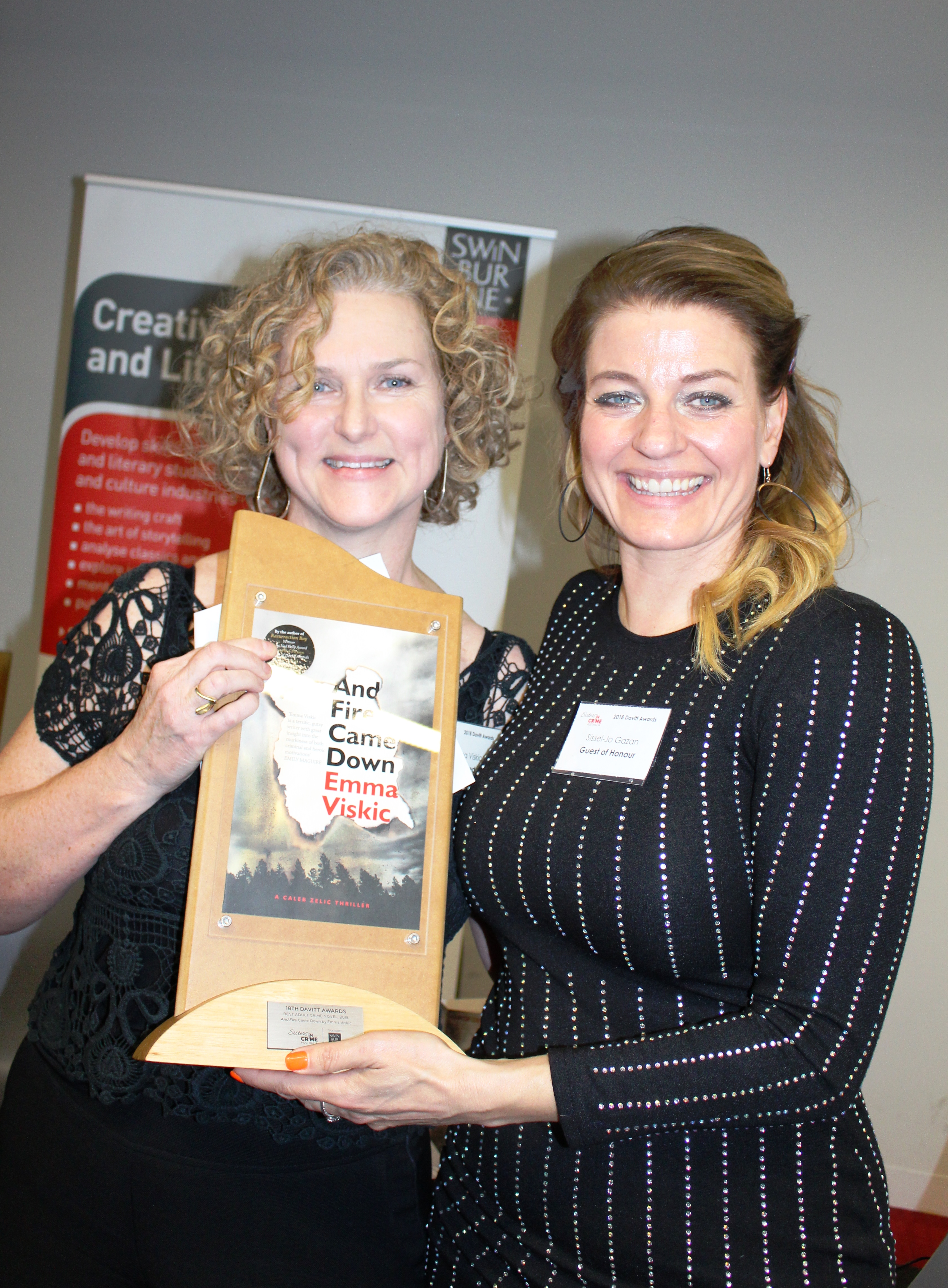 It tops off a stunning award-winning run for Viskic, who won an unprecedented three Davitts and a Ned Kelly Award in 2016 for her debut book, Resurrection Bay. It is currently shortlisted for the UK’s prestigious CWA Gold Dagger and New Blood Awards. 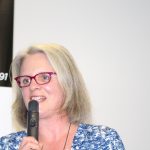 Jacqui Horwood (left), the Davitt Judges wrangler, told the crowd, “The judges love Caleb Zelic who is a fresh and original addition to crime genre. He is complex, and unrelenting, edging his way into trouble and out again. Viskic’s writing is taut and assured, and her sense of place means the reader can see and smell the bush, the tension and the atmosphere of Resurrection Bay. A compelling second novel.”

In accepting her trophy, Viskic, a classically-trained clarinettist, said the crime writers, especially female crime writers, often get asked why they write crime fiction. “My answer is – why wouldn’t you? Crime fiction shines a light on the murky business of being human. It can entertain us, thrill and distract us, but it can also explore why people do such terrible and wonderful things. “Maybe it can even offer us the possibility of growth. Of justice. Of hope. And given the moral darkness that currently surrounds us, it’s no surprise that readers are reaching for it at ever growing rates. 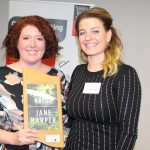 Another serial offender was former Herald Sun journalist, Jane Harper, who won the Davitt (Readers’ Choice) as judged by Sisters in Crime’s 500 members, for her second novel, Force of Nature. Her debut novel, The Dry, was awarded two Davitt last year and took out the 2017 CWA Gold Dagger for it. Reese Witherspoon and her Australian co-producer Bruna Papandrea are filming it.

“It is gratifying to see the Davitts becoming a springboard to global success,” Horwood said.

The major sponsor for the 2018 Davitts was again Swinburne University of Technology. 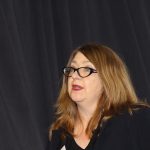 Dr Carolyn Beasley (left), the deputy department chair of Media and Communication Department, said: “For us, it’s a bit of a no brainer. As flagship members of a diversity organisation called Athena Swan, gender diversity and support for the careers and cultural presence of women is critical for Swinburne, just as it is for the crime writing scene. So we are perfect partners in crime, or ‘coies’ as we’d be called in the slang of criminal culture.”

This year, 101 crime books by Australian women were in contention, a 14-fold increase from when the Davitt Awards were first presented in 2001. 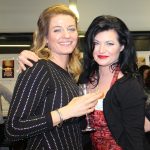 Kazan is the author of six novels. The Dinosaur Feather, a scientific thriller that was her breakthrough crime book, has been published in twelve countries. The Danish Broadcasting Corporation named it the Danish Novel of the Year and The Wall Street Journal listed it as one of the 10 Best Mysteries of 2013. It was also won the Golden Cleaver for being the Danish People’s Favourite Crime Novel of the Decade, 2000-–2010. The Arc of the Swallow, her second crime novel, won the 2014 Danish Reader’s Book Award.

Former Age journalist, Gabriella Coslovich, won the Davitt (Non-Fiction) for her debut crime book Whiteley on Trial (Melbourne University Press). In July it also won the prestigious second annual Walkley Arts Journalism Award. Highly commended in this category was her Melbourne University Press stablemate, Louise Milligan, for her debut crime book, Cardinal: The rise and fall of George Pell. Milligan’s ABC Four Corners program on Pell goes to air Monday night (13 August). Neither could be at the award ceremony so their awards were accepted by their MUP publisher, Sally Heath.

The winner of the Davitt (Best Young Adult) was Adelaide writer , for her debut novel, Ballad for a Mad Girl (Text Publishing).  Wakefield was iunable to attend and her award was accepted by author Liz Filleul. Highly commended was previous YA Davitt winner, Ellie Marney, for No Limits (Bearded Lady Press), her self-published book about the regional ice trade. This year the Davitts were for the first time opened up to self-published books and Marney’s book is the first to be honoured. 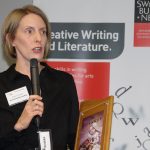 The Davitt (Best Children’s Novel) went to Brisbane author Allison Rushby for The Turnkey (Walker Books Australia) , set in London during World War 11. Her mother, Pamela Rushby, was highly commended in this category in 2015. 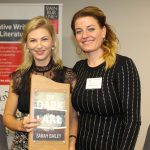 Melbourne-based author Sarah Bailey was awarded the Davitt (Best Debut Book) for The Dark Lake (Allen & Unwin). Thirty-five books in all for categories competed for the award.

Hopscotch Features has optioned the film and TV rights for The Dark Lake.

Sissel-Jo Gazan’s visit to Australia was supported by the Danish Arts Foundation.