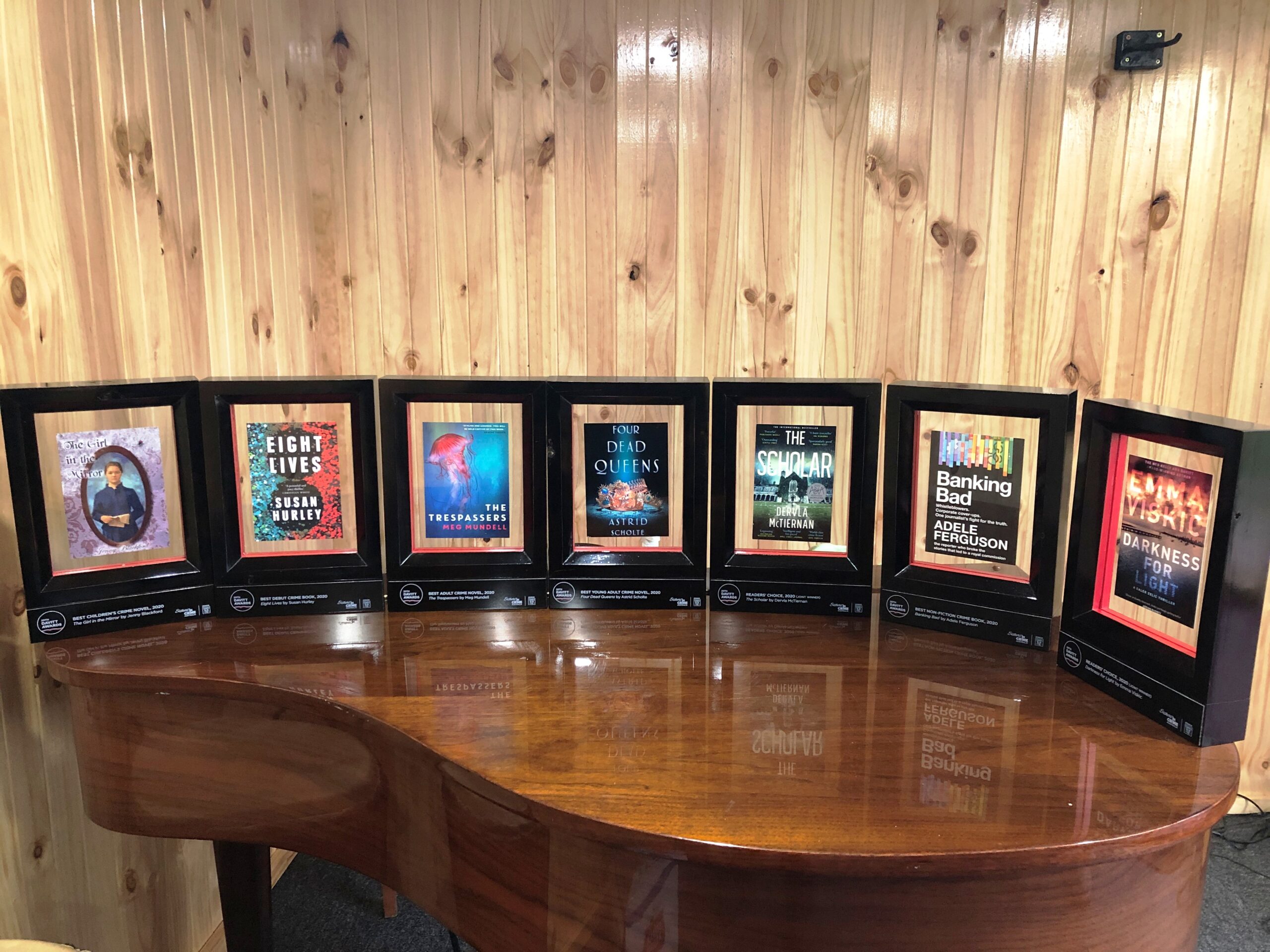 Sisters in Crime Australia’s 21st Davitt Awards for the best crime and mystery books (and published in 2020) by Australian women are now open. Publishers have until Friday 7 May 2021 to enter. Self-published books are eligible. Books co-authored or edited by men or including chapters by men are not.

This year the Davitts are again supported by Swinburne University of Technology.

Six Davitt Awards will be presented at a gala dinner in Melbourne, probably in late August or early September, though this may change depending on the pandemic: Best Adult Novel; Best Young Adult Novel; Best Children’s Novel; Best Non-fiction Book; Best Debut Book (any category); and Readers’ Choice (as voted the 500+ members of Sisters in Crime Australia).

“2021 already looks like a bumper year for the Awards. There are already 126 books in contention, including an astonishing 85 adult crime novels. It’s likely we will exceed the 2019 record of 127 books in the competition. Whatever the final figure, it is a massive increase on the seven books nominated back in 2000,” she said.

“Forty of the books are debut. This is not surprising since the crime and mystery genre is hugely popular and it’s a genre that allows writers to explore so many different issues and so many different time periods, a ‘broad church’, as we wont to joke. Whether it’s the illegal wildlife trade, sex trafficking, evil twin sisters or baby farming, women crime writers write stories that thrill, entertain, subvert and inspire.

“Their stories, which often feature women kick-arse heroes, find a ready audience, particularly amongst women – and women, of course, make up the majority of book buyers and book club members. The crime books on the list are also notable for their striking evocations of place and time. They transport us from the heat of wartime Brisbane and the frigidity of the Snowy Mountains to the waters off Fiji and the coast of France.”

Horsley said that women’s crime books were increasingly recognised in other awards.

“Last year, women crime writers notched up wins in the ARA Historical Novel Prize (worth $50,000), the Ned Kelly Awards, the Danger Award, the Thunderbolt Prize, and the Banjo Prize,” she said.

“Australian women’s crime writers are now a global sensation, winning major awards overseas and increasingly being translated to the screen. In the past year, we’ve been able to enjoy Miss Fisher & the Crypt of Tears, inspired by Kerry Greenwood’s 21 Phryne Fisher novels, Miss S, a Chinese remake of Miss Fisher’s Murder Mysteries television series, and The Dry, the Eric Bana film based on Jane Harper’s novel of the same name.”

The Davitts are named after Ellen Davitt, the author of Australia’s first mystery novel, Force and Fraud, in 1865. They cost publishers nothing to enter. A longlist will be published in May, a shortlist in July.

Sisters in Crime Australia was set up 30 years ago and has chapters in Queensland, New South Wales, Victoria, South Australia and Western Australia. It also hosts a popular annual short-story competition, the Scarlet Stiletto Awards, which turns 28 this year.

To enter the Davitts, publishers should contact Carmel Shute, Sisters in Crime, National Co-convenor asap on admin@sistersincrime.org.au and get books to the judges before 7 May. Enquiries: 0412 569 356