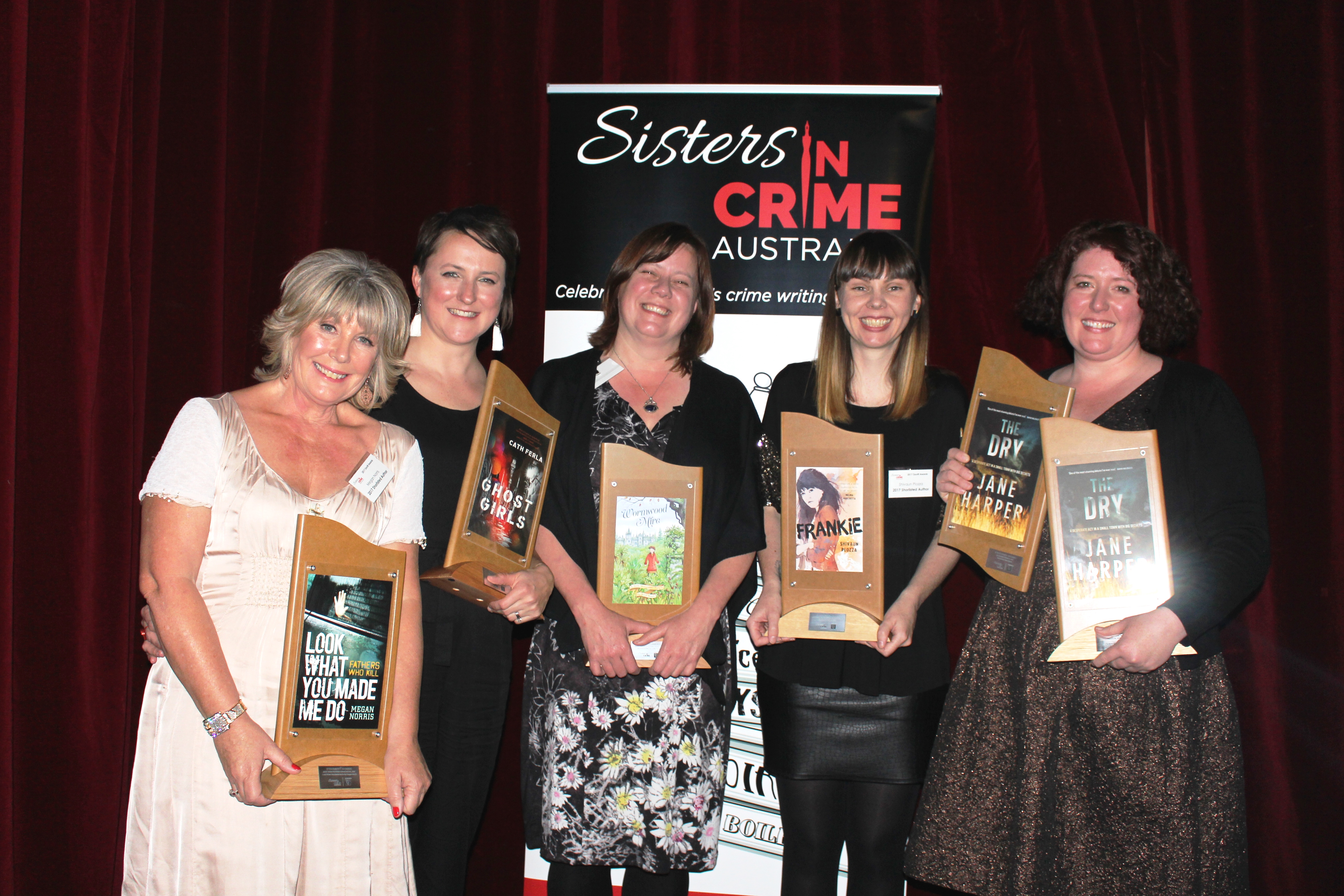 Sisters in Crime Australia’s 18th Davitt Awards for the best crime and mystery books by Australian women are now open. Publishers have until Friday 20 April to enter. For the first time, self-published books are eligible to enter.

“The number of entries this year is expected to eclipse the 2017 record of 99 books which represented a 14-fold increase from the Davitts’ first presentation in 2001. Over 80 books are already in contention,” Horwood said.

“What’s even more remarkable is the surge in quality. Australian women’s writing is meeting with global acclaim. Last year, Liane Moriarty, the 2015 best adult novel winner, was twice invited onto the stage by Nicole Kidman when she won major acting awards for the TV series based on Big Little Lies (Pan Macmillan Collins Australia). Reese Witherspoon, who co-produced and co-starred in the series with Kidman, is filming The Dry (Harper Collins Australia), Jane Harper’s novel which won two Davitts last year –for best adult novel and readers’ choice.”

Horwood said that Australian women’s crime books are also being translated in record numbers, ensuring they reach a global readership.

“Not surprisingly, Sarah Schmidt’s 2017 novel, See What I have Done (Hachette Australia), based on the Lizzie Borden case, has been published the US and the UK but it is now also appearing in translation in the Netherlands, Germany, France, Italy, Poland and Turkey,” she said.

Horwood said that over the past 18 years the Davitts have played a crucial role in boosting the recognition of women’s crime writing.

“When the awards were first presented in 2001 at SheKilda, Sisters in Crime’s 10th anniversary convention, only seven books were in contention, although back then the awards did not then apply to non-fiction and not many women were writing children’s or young adult fiction,” she said.

“The Davitts have played a crucial role in encouraging Australian publishers to take a punt on crime books produced by women locally, instead of just importing the latest blockbusters from overseas. Publishers’ support has made a huge difference, not just to authors, but to readers who crave local crime stories that speak to their lives and expose the undercurrents in Australian society.

“And what’s also notable is the dramatic increase in YA and children’s crime novels which reflects the appeal of the genre across all age groups. Enid Blyton has a lot to answer for.”

Horwood said that Sisters in Crime had decided to open the competition to self-published books.

“A lot of good crime writing can be found in self-published books. Self-published books can’t simply be dismissed any more as more vanity publishing. One book in contention was knocked back by the author’s usual publisher as they felt it had too much about sex and drugs to fit neatly into the YA category,” Horwood said.

Sisters in Crime Australia was set up 27 years ago, has chapters in different states and holds regular events in Melbourne dissecting crime fiction on the page and screen. It also hosts a popular annual short-story competition, the Scarlet Stiletto Awards.

To enter the Davitts, publishers should contact Carmel Shute, Sisters in Crime, National Co-convenor asap on admin@sistersincrime.org.au and get books to the judges before 20 April. Enquiries: 0412 569 356