Sarah to the power of two – Event Launch

Sisters in Crime and Readings St Kilda are delighted to launch Where the dead go (Allen & Unwin), the final book in the Gemma Woodstock trilogy by Sarah Bailey and Lapse (Text Publishing), the first novel in the Clementine Jones series by Sarah Thornton.

The two Sarahs will be in conversation with  Carmel Shute, Sisters in Crime’s Secretary, and then take questions and sign books. 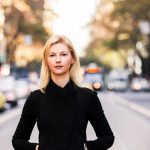 In Where the dead go, Detective Gemma Woodstock has moved to the coastal town of Fairhaven with her son Ben and becomes embroiled in the case of a missing teenage girl and her murdered boyfriend. She’s trying to come terms with a personal tragedy and, at the same time, is increasingly haunted by a similar missing persons case she worked on not long before…

Sarah Bailey is a Melbourne-based writer whose first novel, the internationally bestselling The Dark Lake, won the Ned Kelly and Davitt Awards and was published by Allen & Unwin in 2017, followed by Into the Night in 2018.

In Lapse, high-flying city lawyer Clementine Jones ends up living like a hermit in small-town Katinga, coaching the local footy club, after a momentary lapse brought her world crashing down. She’s supposed to be lying low, but here she is, with her team on the cusp of their first premiership in fifty years—and the whole bloody town counting on her, cheering her on – but then the dark violence just below the town’s surface threatens to erupt… 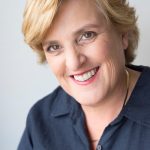 Sarah Thornton cast off the lines to her law career not long after being awarded Australian Corporate Lawyer of the Year in 2016. She now lives with her husband aboard a 43-foot sailing catamaran and took up writing novels as a way to liberate her imagination after twenty years in the structured confines of legal and corporate life.

Carmel Shute helped found Sisters in Crime Australia in 1991 and has been a national co-convenor ever since. She is an historian by trade, has worked as an academic, union organiser at the ABC and a media officer in local government and the trade union movement. She currently runs a public relations business, Shute the Messenger.

Readings St Kilda, 112 Acland Street. Free but please book to ensure you get a glass of wine: https://www.trybooking.com/book/event?eid=539869&