The past is never past: New mysteries with history

Toni Jordan, M J Tjia and Kirsten Alexander talk to Alison Goodman about why digging into the past provides such fertile themes and characters for crime writing. 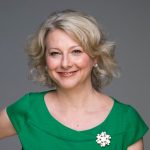 Award-winning Melbourne author Toni Jordan is the author of five novels. Her latest, The Fragments, is her first foray into the mystery world.

Set in 1930s’ New York and 1980s’ Brisbane, The Fragments concerns author Inga Karlson who died in a fire, leaving behind three things: a phenomenally successful first novel, the scorched fragments of a second book—and a literary mystery that has captivated generations of readers.

Nearly fifty years later, Brisbane bookseller Caddie Walker is driven to investigate the mystery after a chance encounter at an exhibition featuring the famous fragments. 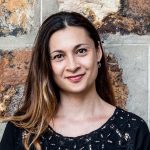 Brisbane author M.J. Tjia, also known as Mirandi Riwoe, is the author of two novels set in 1860s London and featuring the courtesan sleuth, Heloise Chancey – She Be Damned and A Necessary Murder (both Pantera Press). Of Chinese-Indonesian heritage, Mirandi is determined to explore dimensions that novels or history might ignore or elide, such as racism and gender bias. Researching the Asians of Victorian London has inspired her to start writing a novel set during the North Queensland Gold Rush.

Mirandi has a PhD in Creative Writing and Literary Studies (QUT). She has been shortlisted for several awards and longlisted for the CWA Debut Dagger. She won the Every Cloud Productions Mystery with History Award in the 2017 Scarlet Stiletto Awards for “Deathly Pallor”, a short story which also features Heloise Chancey. 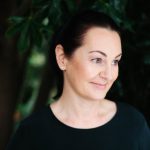 Kirsten Alexander has drawn on real events in Louisiana as the basis of her debut novel, Half Moon Lake (Bantam). It involves the case of a four-year-old boy, Sonny Davenport, who disappears in the woods in 1913 and is found in the company of a tramp, after a heartbreaking two-year search across America’s Deep South. Unwed farm worker Grace Mill claims the boy as her own. As the wealthy and influential Davenports fight Grace for the child, complicated issues of truth, identity, and power rise up to determine the boy’s fate.

Kirsten was inspired by the real-life disappearance of Bobby Dunbar featured in an episode of the well-known NPR podcast, This American Life, in 2008. Born in San Francisco, Kirsten grew up in Brisbane and now lives in Melbourne. Half Moon Lake involved her in extensive research into the era. 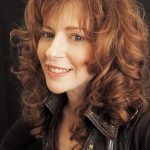 Alison Goodman is the author of seven novels including her most recent release Lady Helen and the Dark Days Deceit, the final novel in her award-winning Regency supernatural trilogy, and EON and EONA, a New York Times bestselling fantasy duology.

She is currently working on a new Regency series and has embarked on a PhD focusing on the Regency era and historical fiction research.

Her crime novel, Killing the Rabbit (now published as A New kind of Death) was shortlisted in the 2008 Davitt Awards.