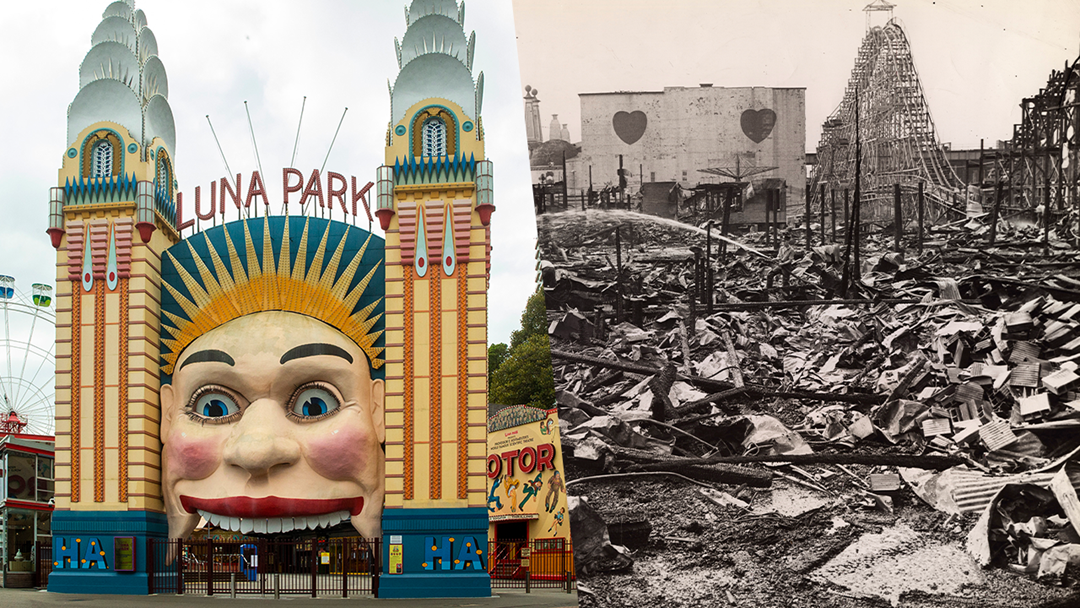 True crime investigations have become the cheap options for some TV programming. Promised revelations are often disappointing. Not with this program available on ABC iView  – Exposed: The Ghost Train Fire.

This is a heartbreaking investigation into the deaths of four schoolboys and a father and his two little sons when the ghost train at Sydney’s Luna Park caught fire in June 1979. The official line immediately after was that the fire was an accident. The investigation leads to a much darker place.

There are three episodes of 90 minutes each. Caro Meldrum-Hanna became involved when the surviving friend of the schoolboys invited her to look at the material collected by artist Martin Sharp.

The victim’s families are extensively interviewed in the first episode. Jenny Godson lost her entire family. Those interviews, together with footage and re-creations of the fire, instil an emotional commitment to finding the truth. Some people I’ve spoken to found it too distressing to continue. My advice is to persist. What emerges is a tale that wouldn’t be out of place in a thriller.

The second episode looks at the eye witnesses and the police investigation. The third investigates the reason behind the events. All the big names in organised crime and corruption in NSW come to the fore.

After it was aired the NSW premier said she was now considering a new inquest into the deaths.