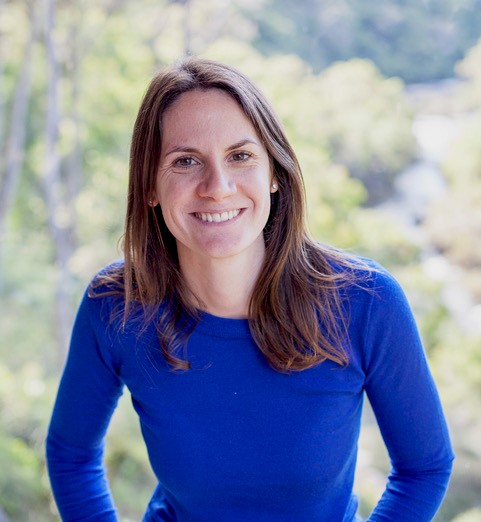 Perth author, Polly Phillips, drew on her observations and portrayals of female friendships for her debut novel My Best Friend’s Murder (Simon & Schuster). Gaslighting in female friendship hasn’t been examined with the same nuance that romantic relationships have, she says. She spoke with Karina Kilmore.

Female friendships – what made you choose to centre your debut novel around this fascinating theme?

Like most girls, I’d grown up being force fed a diet of everlasting friendship and best friends forever (BFF) – even now, I notice one of the first questions people often ask our daughters is ‘who’s your best friend?’ Books like Dolly Alderton’s Everything I know about Love and television shows like Sex and the City have the tendency to hold female friendship up as this pinnacle of non-competitive soulmate-style companionship, whereas I find the reality can be quite different.

While I’m lucky enough to have some amazing friends in my life, I’ve also been part of friendship groups and relationships based on competition and rivalry. There are plenty of books dealing with gaslighting in romantic relationships but the female friendship hasn’t been examined with the same nuance. I think the reason they’re so fascinating to write about it is because at their best female friendships are about sharing confidences – so when they go wrong, there’s the potential for lot of secrets to come spilling out.

Why are female friendships often characterised as toxic or destructive?

I think the old adage ‘keep your friends close and your enemies closer’ definitely applies to female friendship – you’d be amazed at how many women have issues with the women that surround them. I think female friendships get toxic and destructive because a lot of women (myself included) struggle with confrontation. Rather than dealing with issues face on and tackling areas of disagreement, women often let things fester and sour. Female friendships often grow around wounds and bruises that have been inflicted years ago and never healed properly or dealt with. One of the things I wanted to explore in my novel was that no situation is entirely black and white and when it comes to toxic friendships, it often takes two to tango.

Your novel has been called a domestic thriller. W 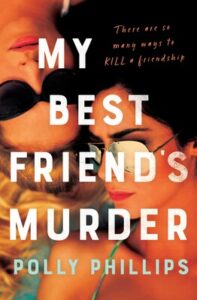 hat does that classification mean to you?

To me, a domestic thriller is a relatable one and I think that’s the heart of their appeal. Unlike a spy thriller or a crime caper, domestic thrillers usually involve situations around the premise ‘there but for the grace of God go I’. In My Best Friend’s Murder, so many readers have contacted me to say they had a friendship like Bec and Izzy. While most of them don’t end up finding their best friend bloodied and battered at the bottom of a set of stairs, it’s only a small step to imagine that some of the other things that happen in the novel could happen to them! Indeed, some of them have definitely happened to me (none of the illegal ones though!)

You have two very strong female characters in your story – how did you develop each of them?

I’ve always been wary of writers who claim characters just came to them but I really have known a lot of Izzys so she came pretty easily to me. She’s an amalgamation of every ambitious colleague, school or university golden-girl, or perfect mum at the school gate, who’s ever looked you up and down and made you feel like you were less than them  – which made the character immensely good fun to write! Perhaps reflectively, the character of Bec didn’t announce herself with a bang, she grew on me organically.

Worryingly, I think there’s quite a lot of my own insecurities in Bec so when readers tell me they find her annoying, I feel a bit embarrassed! Seriously though, I wrote Bec as a reaction to Izzy and Izzy as a reaction to Bec… Izzy wouldn’t have had so many passive aggressive moments if Bec hadn’t been there to set them up. In turn, Bec only turned out the way she did because she had a dominating friend like Izzy.