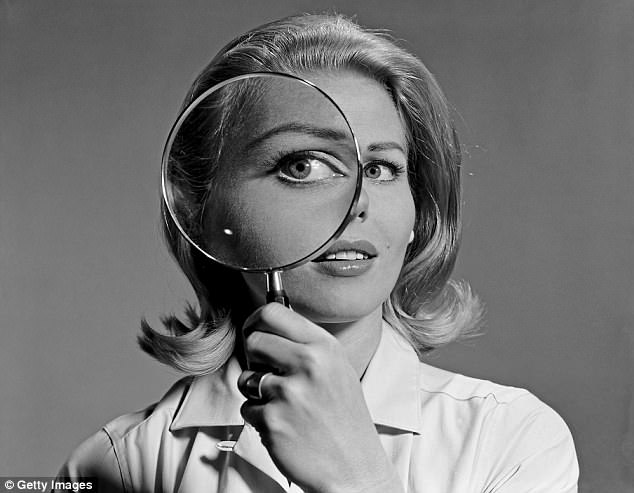 You’ve come to the end of The Queen’s Gambit. You’ve sat through The Crown with your jaw on your knees. And you listened to what I said before so you binged the whole four seasons of Le Bureau (I was right, wasn’t I?)

And now the question is, out of the fifty gazillion shows streaming into your home, what should you watch over Christmas?

My advice is to revisit some old favourites. Here are five top TV crime shows, some comfy and some tough, and all with gutsy female leads. All are worth a re-watch and most definitely a first watch. In no particular order, then: 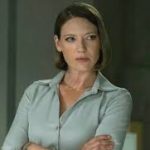 Mindhunter is based on a true-crime book, Mindhunter: Inside the FBI’s Elite Serial Crime Unit, by John E Douglas and Mark Olshaker. The book and the series detail the early days of criminal profiling, showing how it was developed through interviews with imprisoned killers, especially serial killers.

Two men, Holden Ford ( Jonathan Groff) and Bill Tench (Holt McCalleny), and one woman, female psychologist Wendy Carr (Anna Torv), create and embed a criminal profiling unit in the often-resistant FBI. The professional and personal lives of these characters make for riveting TV, especially as we know the killers they interview are based on real people. 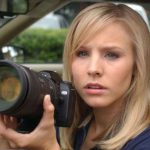 I missed Veronica Mars when it first aired and don’t know why I started watching earlier this year. Something to do with lockdown, I suppose. In any case, I very quickly became hooked on this oh-so-bingeable series.

This YA, noirish show is beloved, and for good reason. Veronica Mars (Kristen Bell) lives in the fictional town of Neptune, California, where she’s the daughter of the local private detective. She’s also a feisty, obstinate loner. We follow her through high school and college, as she investigates and solves a mystery per episode, with more complicated mysteries and personal problems continuing over several episodes.

Kriste Bell* is terrific as Veronica Mars. And the first three seasons just get things right, as series sometimes do (Buffy, for example). It makes for contented viewing. I loved it.

In addition to the first three seasons, there’s a crowd-funded film (2014) and a belated fourth season (2019).

*Talking of Kristen Bell, have you seen The Good Place ? Clever and amusing, although the series lasts nearly as long as the eternity it talks about. 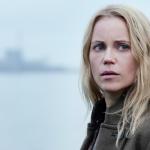 Remember this? I’m talking about the original Danish/Swedish version, not the foreign remakes that followed. A body is found exactly in the middle of the Øresund Bridge, which links Denmark and Sweden. A joint Danish/Swedish investigation follows. On the Danish side, we have two cops: first, in seasons 1 and 2, the middle-aged, chatty, rule-breaking Martin Rohde (Kim Bodnia – remember him in Killing Eve?); and, in seasons 3 and 4, the completely different, intense Hendrik Sabroe (Thure Lindhardt).

On the Swedish side and dominating all four seasons is a female Swedish police detective, Saga Norén (Sofia Helin). Saga has Asberger’s syndrome and this makes her both socially inept and professionally gifted.

The Bridge is quintessential Scandi Noir and elements of its characterisation and production (the music behind the opening credits, for example) have influenced many a later series. This is still the original and the best, though, and well worth a re-watch. 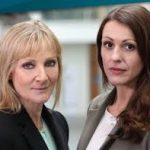 This British crime series is like the baby bear’s bed in Goldilocks. Not too hard, not too soft. Just right.

The show revolves around the personal and professional lives of two fictional Manchester police detectives, Janet Scott (Lesley Sharp) and Rachel Bailey (Suranne Jones). Janet’s married, with children. She’s organised, dependable and at the start of the show her life seems on an even keel. Rachel, on the other hand, impulsive and drawn to inappropriate men, lurches from one personal crisis to the other. Both women, however, are excellent detectives and close friends, supporting and helping each other at work and at home.

A feature of Scott & Bailey is its realism. The writers worked closely with Diane Taylor, a former detective inspector on the Manchester police force, to make sure it got things right in terms of police procedures, how women police react at crime scenes, and how what the fictional detectives did in their personal lives would affect their professional fortunes in real life.

This realism shows, and adds gravitas to this gritty, yet comfortable drama. 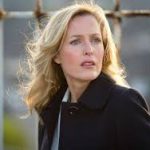 If you’ve just finished The Crown, with Gillian Anderson as a near-pantomime Margaret Thatcher, you’ll enjoy The Fall https://tv.apple.com/au/show/the-fall/umc.cmc.6jzfte9sa8kyrc2k05zikflvk even more. Here she excels in a serious role, as Detective Superintendent Stella Gibson, grimly determined to bring to justice serial killer Paul Spector (Jamie Dornan, before he pimped himself out in Fifty Shades).

One reviewer has described this series as being about two hunters. One, Anderson, is hunting a serial killer, who is identified early in the piece. The other hunter, Paul Spector, is a normal husband with a wife and two children. Except that he hunts female victims, torturing them before murdering them.

The show becomes an intense, unsettling cat-and-mouse game, each hunter trying to outmanoeuvre the other. There’s also a strong undercurrent of sexuality. Dornan is very good looking and this, set against his sociopathic mental state, gives the show an unnerving edge.

If you like cosy, this show’s not for you. But if you like well-acted, edge-of-the-sofa drama, get into it.