Forensic examination of a country town?* Q&A with Carmel Bird 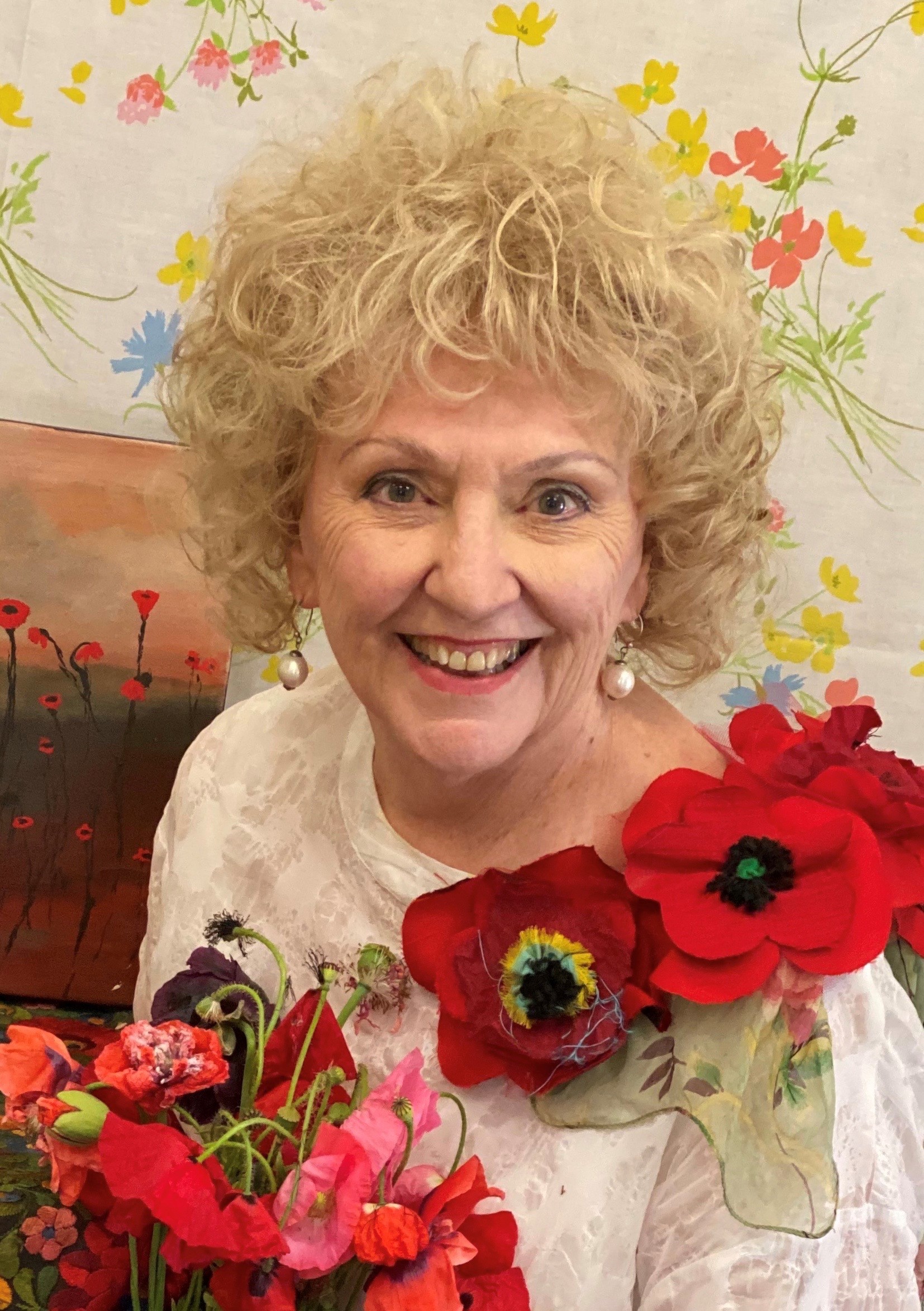 Robyn Walton, the Vice-President of Sisters in Crime Australia, spoke to Carmel Bird , about her latest novel, Field of Poppies (Transit Lounge, 2019). Carmel was the 2016 winner of the Patrick White Literary Award and is the author of an unconventional crime story merging fictionalised and real-life anxieties.

First, Carmel, I’m going to ask you about the local crimes you foreground. Then we can talk about the bigger issues you raise. Section one is titled The Robbery. Will you tell us who is robbed, where, when, how, etc.?

A tree-change couple, Marsali Swift and her husband William Devine, have been living for seven years in their dream house in the village of Muckleton, near Ballarat. But while they are away in Melbourne at the opera, the house is broken into, and the couple’s impressive collection of antiques and paintings is stolen. Such an event is always profoundly unsettling.

The most shocking thing for Marsali is the fact that a painting done by her aunt long ago has disappeared. This is a very fine copy of Field of Poppies by Monet. The reader has direct access to Marsali’s observations and feelings because the narrative is in fact composed in the form of Marsali’s memoirs. In her detailed analysis of the Monet painting, Marsali reveals her own sense of the dangers that lurk in the most apparently innocent visions of the world. The robbery is Marsali’s first personal encounter with serious crime in the context of her dream-like rural existence. It will not be the last.

The robbery casts forward a nasty shadow over other local activities. And it is almost immediately followed by The Disappearance, a mystery that’s not resolved until the end of the novel. Again: who disappears, from where, when, under what circumstances?

The second crime is much more serious. Alice Dooley is a familiar neighbour, a woman who lives alone in the crumbling wreck of a charming colonial house where she used to live with her ex-husband. She is a popular member of the community and is particularly known as an excellent violinist who plays with the local orchestra. She disappears in the middle of a rainy night, leaving a few traces of violence in the kitchen. Her violin is also missing, although the case and the bow have been left behind. Something swift and sudden has occurred. It is not possible to trace tyre tracks because of the weather.

Witchcraft has been a low-key part of the local culture for a long time, and Alice belongs to a group of mature-age witches, the Silver Sisters. Perhaps this is relevant to her disappearance?

Every facet of Alice’s life is interrogated by Marsali’s memoir. The Silver Sisters appear not to be implicated. Another line of enquiry lies in the person of Alice’s ex and his flamboyant new wife. Could they be involved in the disappearance?

MacGillycuddy’s Reeks is a rugged local rock formation with an ominous appearance and atmosphere. It reminds Marsali of Hanging Rock near Woodend, the site of Joan Lindsay’s book Picnic at Hanging Rock and the film of the book. Searching out there for the missing woman is close to impossible.

There is a suspicion that the body of Alice could have been dumped out at the Reeks, but as you say, the terrain is such that she could have disappeared forever. It is clear from the text that the landscape is eerily haunted by tragic memories of the First Peoples, and by the dramas of the gold rushes. Marsali’s book club discusses Picnic (and other relevant novels) in part in an attempt to understand ‘disappearance’ and in part as a way to remember and honour Alice Dooley. In fact, Marsali tends to see much of life through the lens of literature.

Thinking and talking about the disappearance, Marsali recalls deaths, cold cases and “ancient horrors”. I’ll list some of these and you can comment as you want to.

A circus elephant in the 1850s

There is a legend (or historical account) of a circus elephant that died on the goldfields during the 1850s. I confess that this story appealed to me as something to include briefly in the narrative, particularly because of the idea of ‘the elephant in the room’. I think that Alice becomes a bit of an elephant in the room of the whole village.

It is a fact that there are unidentified human remains (many of them those of young children) beneath the soil throughout the historic Victorian goldfields. I included the specific wallet as a poignant detail, something that would appear to ‘identify’ the baby, although it doesn’t really.

The Beaumont children, who disappeared in Adelaide in 1966

Whenever people disappear in Australia, there is an echo of the terrible mystery of the lost Beaumont children. The text of the novel is seeded with such reminders. The reader is inside Marsali’s mind and memory; hence the Beaumont case has its place.

This is a reference to a real cold case in Maryborough (not so far from the fictional village of Muckleton). Terry Floyd has never been found, and his brother continues actively to search for his body. This case suggests that perhaps Alice will never be found, and also that perhaps, like the killer of Terry, her killer will never be identified.

There is a clear admission in the novel that the history of the area is bleakly violent. Alice grew up in a grand house that was built on the location of an historic massacre of First Peoples. There is a sense in which the story of Alice is set in a theatre of ancient and recent crimes and violence. 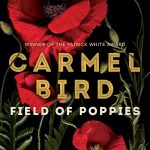 Your novel’s third section, The Mine, is about overseas interests developing a gold mine outside the village. In the course of creating a road to the mine and flattening houses, workers uncover a horribly sad find at the bottom of a well: the skeletons of six unborn babies and two newborns. There’s speculation about what was going on at that property …

Just as gold was brought to the surface in the nineteenth century, now the hideous truths associated with the village of Muckleton are turned up by the brutal intervention of a Chinese mining company in 2020. There is irony in the fact that the new mine is Chinese, for many of the nineteenth-century miners were also Chinese. There is a sense in which the past is returning to Muckleton. It could be that, as the new mine turns up the evidence of past events such as abortions and murders, it will also reveal the body of Alice Dooley.

Also, the skeleton of a teenage girl who disappeared in 1962 is found under the roots of a tree, with an old gun. There’s further speculation …

Yes, this discovery is particularly grisly, and unravels many of the facts of the lives of past villagers. The gun was used in the Second World War, and so is part of the fabric of the novel’s understanding that the wars of the twentieth century still cast a dangerous shadow across life in the twenty-first. The image of the red poppies ripples throughout the text, binding together past history of pointless loss of life and the human folly that would seem to multiply with every passing year.

Marsali’s book club reads Lewis Carroll’s two Alice books. Carroll’s Alice survives her adventures, but the women readers suspect their local Alice is dead. Do you want to tell us anything about the resolution of the missing woman mystery?

I don’t think it would be proper for me to comment on the resolution, except to say that the mystery is solved, and the solution is, in accordance with the rest of the narrative, bleak and ugly.

As for the reading of the Alice books – well, there is overall sense in Field of Poppies that the real world is a wild and unreliable place of insanity and danger. The Alice books dramatise this very idea. They are funny, but they are also dreadful. Field of Poppies intends to be just that – it takes a satirical slant on life today, while stating quite clearly that the world is in terrible trouble, and that people are not conscious enough of the urgency of the danger, the imminence of the catastrophe. Dream is a motif of the novel, with poppies frequently fluttering in the wind. The crimes of the plot (robbery, murder, destruction of the village) are local and ‘domestic’, while larger crimes such as mining and wars and so on are seen to be progressively destroying the planet.

Yes, there are the truly big issues, which we might call existential catastrophes or ‘crimes against humanity and environment’.

Yes, I have prefaced the novel with a wild list of some of these issues. They are the background to the events that happen in Muckleton. The intention is to suggest that human beings, even good, pleasant human beings such as Marsali and William (interior designer and doctor), are not innocent bystanders. (At this point a reader could well turn to the first epigraph to the novel.) William knows a vast amount about how the world works, but it is not enough.

If the dead body of Alice Dooley was possibly thrown off a cliff in the wilds of MacGillycuddy’s Reeks, then the reality of eternal darkness is probably rushing towards human life. The small crimes are maybe just examples and warnings – perhaps the spirit of the universe is saying ‘Danger – Take Care – Cliff Edge’. A butterfly goes extinct in the course of the narrative. And you know what they used to say about a butterfly in New Mexico flapping its wings and causing a tornado in China.

Thanks for your responses, Carmel.

Robyn, it was really exciting for me to explore the text with you for Sisters in Crime.

*Robert Drewe commented: “How to describe Field of Poppies? A lush feast of wit and wisdom? Writing so rich you simply want to devour it? A forensic examination of an Australian country town? Literary tour de force will have to do.”