From the short story to the book: Q&A with Fin J. Ross 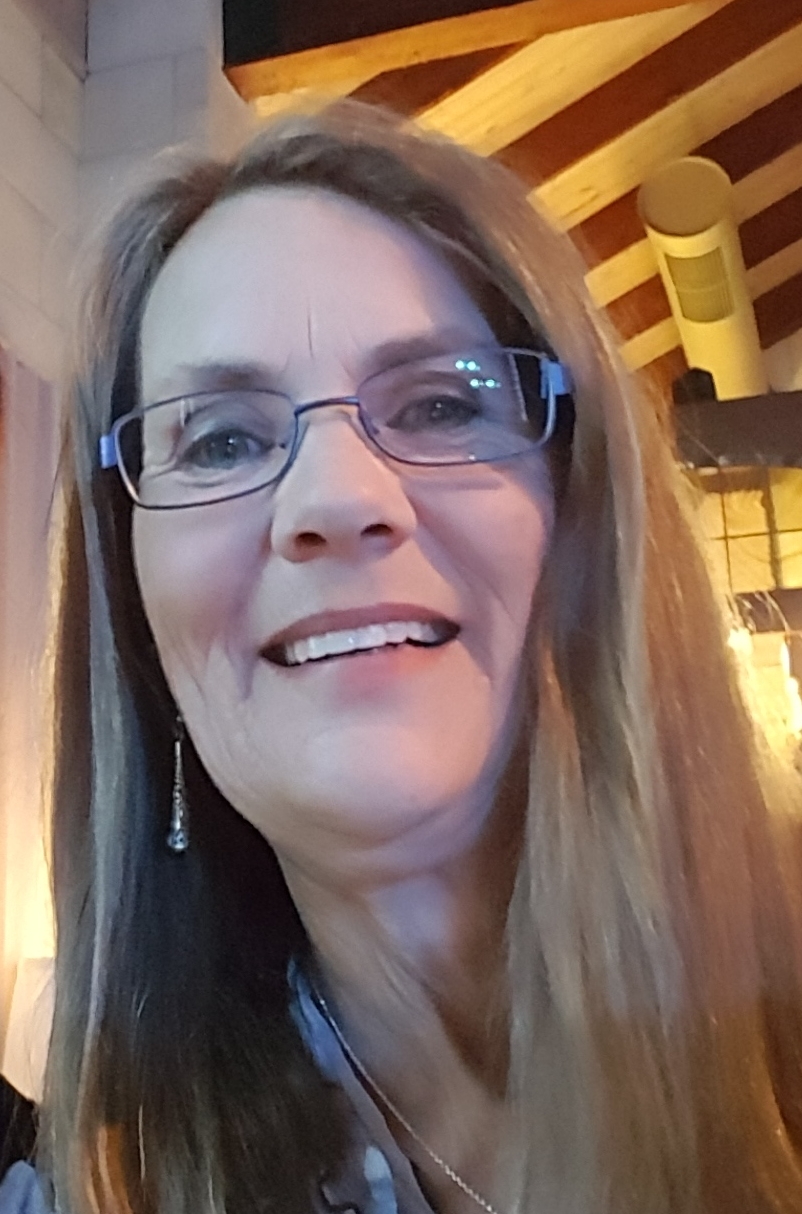 You have an outstanding record of wins in Sisters in Crime Australia’s annual crime short stories competition, the Scarlet Stilettos. Can you tell us about your prize-winning stories and give writing tips to women and girls planning to enter this year’s Scarlet Stiletto competition. At the end we’ll give readers details of where they can find these stories and your other publications.

I surprise myself, given my limited time for writing, that I have managed to enter one or two stories in the Scarlet Stiletto Awards every year – for the past six years. More than once, I have started writing one story when another idea pops into my head (and quite often takes over my headspace).

I try each year to create a story to fit one of the awards’ specific categories, which I believe helps me focus on a particular style. With so many distinctive categories, this is a good starting point for those planning to enter this year’s competition. A category win doesn’t rule out the story from also winning an overall prize, whereas a story which doesn’t adhere to a specific category is being pitted against all entries, but for a limited number of prizes.

Let’s start with your most recent successes, in 2018.

Those who were there at the 2018 awards dinner would have seen how blown away I was at becoming the first person ever to win four awards in a single year. As I look at the framed awards above my desk, I too can still not believe it.

The inaugural inclusion, in 2018, of a Forensic Linguistics category (sponsored by the International Association of Forensic Linguists) greatly appealed to me, given that my original intention when I left school (too many years ago to remember) was to study languages and linguistics at university. I didn’t do that; I became a cadet reporter instead. Though I never formally trained in linguistics, it has always fascinated me.

My entry, “Deadly Ernestine”, sees a young linguistics tutor help solve the murder of her mentor, a retired linguistics professor named Ernestine. Ernestine’s death, in Melbourne’s Athenaeum Library (hence, this story also fitted the Body in the Library category) appears to police to be suicide. But her suicide note bears a host of deliberate linguistic errors, which trained linguist Alison Jordan picks up on. She convinces detectives that the note was written under duress. But Ernestine’s murderer – a rare-book-collecting, book-licking former colleague – gets his comeuppance; Ernestine has poisoned the cover of a book she knew he planned to steal from her.

“Deadly Ernestine” won the Best Forensic Linguistics category and the Body in the Library category – and second prize overall.

My other 2018 entry, “Victory of Kyrnos” – set on the planet Kyrnos, inhabited by a small colony of earthlings – was my first-ever foray into science fiction writing. I’m not a true science fiction fan or afficionado, but this was a case in which an opening line popped into my head – “The Bokans were coming thick and fast” – while I was busy washing kitty litter trays. (My day job is running a boarding cattery). Who in hell are the Bokans? I asked myself. By the time I’d finished with the litter trays, I had a complete scenario in my head. I wasn’t altogether sure my plot was ‘crimey’ enough, so winning the Best Cross-Genre category was totally unexpected.

Yes, my sister, Lindy Cameron, is president of Sisters in Crime; yes, her publishing business, Clan Destine Press, sponsored the award; and yes, Lindy was a judge; but entrants must bear in mind that all entries are anonymous – the judges don’t know who’s written them.

The word was, that when the judges learned who’d penned the winning cross-genre entry, Lindy was totally flabbergasted. Her response? “But Fin hates science fiction.”

And your successes before 2018?

I had back-to-back wins in the Environmental Crime category, 2015 and 2016. It’s a shame this category no longer exists as it gave scope for topical issues. That was the basis of both stories.

The idea for my 2016 story, “Four Hundred Hectares of Nothing”, came from a 60 Minutes report about the fall-out of fracking in Queensland. The image of a six-inch pipe venting gas – on a private property whose owner had committed suicide – inspired an opening scene; a coroner investigating how a corpse presented with a six-inch-diameter burn to his face.

The Sea Shepherd organisation – more specifically its regular Facebook posts about the gruesome annual slaughter of whales, known as the grinadrap, in the Danish Faroe Islands – inspired my 2015 entry, “Echo Wren”. ASIO detective Echo Wren follows an assassin, Linda Falcon, to Copenhagen and on to the remote Faroe Islands, trying to determine who her target it is. Turns out Linda’s been hired by the Danish government to assassinate Sea Shepherd’s leader, Paul Watson, to try to stop the organisation interfering with the grindadrap.

I am particularly proud of these two entries (and wins) as both touched an emotional nerve, which I believe was evident in the story-telling.

In 2014, I had success with my two entries, “The VOTOS Solution” and “What’s a Girl to Do?”. “The VOTOS Solution’ (runner-up in the Body in the Library category) saw two social workers devising a plan to rid their town of violent, nuisance husbands by making their deaths appear self-inflicted – i.e. Victims Of Their Own Stupidity. This is one story I plan to develop into a crime novel – when I get the chance.

In “What’s a Girl to Do?” I managed to convince the reader (until the very end) that the main protagonist was a woman – girlfriend of a Melbourne crime figure – when, in fact, she was a dog. Great fun to write. I was amazed at how anthropomorphic a dog could be, if well-written. “What’s a Girl to Do?” won third prize.

Now to the craft of writing crime short stories: what advice can you share? First, about the content.

My first advice is to read as many prize-winning Scarlet Stiletto stories as possible – before writing a word.

When you start to write, get to the crime as immediately as possible. You only have 5000 words to set the scene, establish the crime and solve it – or not. Don’t dilly-dally with waffle about the weather, what people are eating, over-long or unnecessary dialogue that doesn’t carry the story forward, or irrelevant red herrings.

Get inspiration from a news report, an unsolved crime, the requisites of a particular category, or maybe that wicked way you’ve contemplated bumping off your husband.

Make your protagonist quirky, or dauntless, or flawed.

If possible, try to make your story fit two, or more, categories as it improves your odds of being short-listed.

If there happens to be a new category, have a go! Try something new, and different, and aspire to be the first ever winner in the category.

Don’t try to write to the word limit, or your ending will invariably appear rushed. Over-write the word limit to get the story down, then edit judiciously to meet the word count. You’ll be surprised how much waffle can be lost when you’re required to tighten it to 5000 words. Having said that, I have written a draft to exactly 5000 words more than once – it seems to be the perfect length to set and solve a crime.

Ensure your characters are easily recognised by their dialogue or manner of speech – this saves unnecessary dialogue tags, which add to the word count.

Research weapons, poisons, police MOs, forensic methodology (whatever pertains to your story) – you don’t want to kill the plausibility of your story with inaccurate information.

Always keep motive, plot twists and the story’s denouement at the forefront of your mind.

And do you have any practical tips for going about preparing and submitting stories?

I usually start thinking about SS stories around April-May – long before the competition opens – and start drafting then. I write when time permits; most usually in the afternoon (never, or seldom, at night). I write quickly and can produce a 5000-word story in two or three days. Then, I leave it for a week – revise it; leave it for a month – revise it; leave it another month; then revise it again prior to submitting it. Writing your entry at the last minute doesn’t allow for that, ‘oh, I’ve had a great idea,’ moment, the day after you’ve pushed the ‘submit’ button.

If I suddenly go blank while writing, I know it’s time to get up, go outside, appreciate the scenery and re-focus over a cup of coffee.

I always proof-read my entry two or three times before submitting.

Fin, you’ve had a couple of non-fiction works about crime published. Will you tell us about those?

I have co-written two true crime anthologies (with my sister, Lindy Cameron) – both commissioned by The Five Mile Press. Both focus on solved domestic murders. Killer in the Family was published in 2008, Murder in the Family in 2014.

Writing true crime is vastly different from (and distinctly more harrowing than) writing crime fiction. The research involved in picking the bare bones out of court transcripts, newspaper articles and other information sources is painstaking, and accuracy is crucial. Our journalistic experience was invaluable in this process. 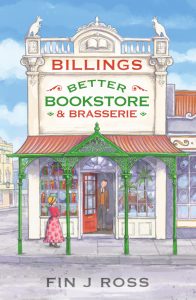 And your debut historical novel?

My historical novel, Billings Better Bookstore and Brasserie (Clan Destine Press), was released in late June 2020. Set in Melbourne in the 1870s-80s, it’s primarily about an orphan girl’s love of words and how she inspires everyone she meets to become the best possible version of themselves. Though not classified as crime fiction it does, nonetheless, solve the latent crime of how this girl became an orphan.

And I hear you’ve written a crime novel?

Though I’d written a dozen short crime-fiction stories, it had never occurred to me – until my 2018 Scarlet Stiletto successes – to contemplate writing a crime novel.

Perhaps influenced by Jane Harper’s success with The Dry, and Emma Viskic’s Resurrection Bay, I chose a rural setting for my story, Switchback Road. It’s one of those ‘city cop goes rural’ scenarios, in which my protagonist, a female police senior constable, opts to trade the hubbub of Melbourne for a tree change to the town of Fernly. She’s immediately embroiled in the investigation of two missing teenagers, a recalcitrant illegal puppy farmer, a cannabis and ice network and a senior officer who she suspects is on the take.

I wrote Switchback Road within six months and am now holding my breath, hoping a publisher will snap it up. (Don’t we all wish for that?)

I am already a third of the way into a sequel, with the working title, Open Season.

To close on a personal note: you breed cats. What’s that like, and how does it fit with your writing career?

Writers and cats seem to me to go hand in hand. What writer doesn’t have to unearth their laptop from under their cat? My cats are my muses. I breed British Shorthairs – originators of the Cheshire Cat – and spend much of my days juggling kittens and plucking cat hair from every surface in the house, including my keyboard.

My stud boys are Bard of Avon (AKA The Bard) and Sherlock Holmes (AKA Shirley). My breeding queens also have loose literary connections, being named after James Bond characters Domino and Plenty O’Toole. My other queen, Quillya, is (with spelling licence) named after Mama Quilla – Incan Goddess of the Moon and, appropriately, a defender of women.

Thanks for your responses, Fin. We wish you ongoing success.

Murder in the Family (with Lindy Cameron). (The Five Mile Press, 2014)

Killer in the Family (with Lindy Cameron (The Five Mile Press, 2008)