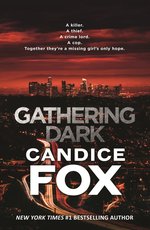 A convicted killer. A gifted thief. A vicious crime boss. A disillusioned cop.
Together they’re a missing girl’s only hope.

Blair Harbour, once a wealthy, respected surgeon in Los Angeles, is now an ex-con down on her luck. She’s determined to keep her nose clean to win back custody of her son.

But when her former cellmate, Sneak Lawlor, begs for help to find her missing daughter, Blair is compelled to put her new-found freedom on the line. Joined by LA’s most feared underworld figure, Ada Maverick, the crew of criminals bring outlaw tactics to the search for Dayly.

Detective Jessica Sanchez has always had a difficult relationship with the LAPD. And her inheritance of a $7 million mansion as a reward for catching a killer has just made her police enemy number one.

It’s been ten years since Jessica arrested Blair for the cold-blooded murder of her neighbour. So when Jessica opens the door to the disgraced doctor and her friends early one morning she expects abuse, maybe even violence.

What comes instead is a plea for help.

Reviewer: Anne Buist (author of the Natalie King series and The Long Shadow)

Plot: A disgraced ex-con ex-surgeon, Blair Harbour, desperate to see more of the son she had to abandon when sent to gaol for murder, gets dragged back into the criminal world by her cellmate Sneaky Lawlor and her daughter Dayley (who is mixed up with crime boss Ada Maverick). Throw in the cop, Jessica Sanchez, that put Blair away, battling the police department as she wondered what to do with a seven million dollar gift from a grateful client, and you have a plot that is as much about the side stories as it is what the hell happened to Dayley and why is Ada involved.

Characters: Brilliant. Fox is not just good at quirky, she’s pretty much the Queen. Strong women who are over the top but somehow believable and you can’t get enough of them. I thought the Crimson Lake cast were good, but this is better. Maybe a little too female heavy but why not?

Research: This is set in LA which is a pretty game thing for a young female Aussie author to take on; California is the birth place of hard boiled crime fiction (The Big Sleep (Philip Marlowe) by Raymond Chandler and The Maltese Falcon (Sam Spade) by Dashiell Hammett) and current authors continue this tradition (eg Michael Connelly). To my mind Fox pulls it off, in some ways by shifting to the female focus and making it very contemporary, it feels fresh and exciting. I am not American and I know how hard it is to get an American character right—we are so used to American TV we feel we know them. But we do use a lot of British terms and local slang which I didn’t notice but reading a review by an American, a couple of these did sneak through.

My Reaction: The first line—“I looked up into the eye of the gun” pretty much sets the scene for the whole book. It grabs you and doesn’t let you go. I nearly didn’t pick it up because the character names and blurb sounded too LA trashy to be honest, and I was concerned it would be like the short chapter/superficial character style she does with James Patterson (that I don’t like). It isn’t; great characters, good character development, some humour. No great ethical dilemmas and won’t leave you tossing and turning (unless you haven’t finished it, so just get up and read) but a ripper fast paced enjoyable read.