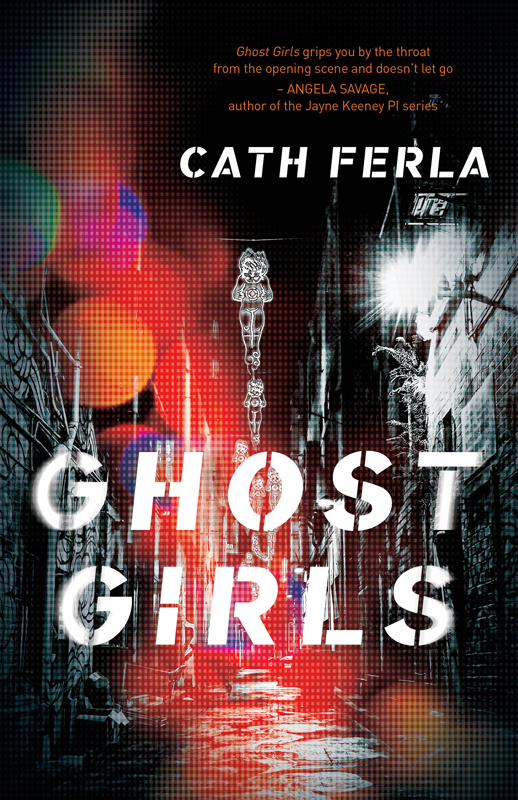 Winter in Sydney. The city is brimming with foreign students. Sophie Sandilands takes a job teaching at an English language school. When one of her students leaps to her death it becomes clear that lurking within the psyche of this community is a deep sense of despair and alienation. When it is revealed that the dead woman on the pavement has stolen another’s identity, Sophie is drawn into the mystery.

Unable to resist the investigative instincts that run in her blood, Sophie finds herself unravelling a sinister operation that is trawling the foreign student market for its victims. But as Sophie works on tracking down the criminals it becomes evident that someone has knowledge of her and the disappearances in her own past. Will Sophie solve the mystery before she too becomes a ghost?

This book thrust me into a world of which I have little or no knowledge. But the subject matter is particularly apt at the moment with foreign students losing money and any hope of a successfully completed course when English language schools are proven to have misled them at best and conned them at worst.

Protagonist Sophie Sandilands teaches English at one of Sydney’s language schools. When one of her students is so desperate that she commits suicide, and it is found that she has stolen another student’s identity, Sophie decides to investigate.

Being half-Chinese – from her mother – but having lived in Australia with her father, Sophie is in a unique position to understand the sense of isolation felt by the students, along with their unhappiness and their vulnerability to the less savory elements of Sydney.

We are led into a sleazy underworld of disappearances and suspicious characters. Largely set in and around Sydney’s Chinatown, the atmosphere is redolent with the descriptions of the exotic dishes from the Chinese restaurants.

We are provided with clues to Sophie’s necessity to involve herself in what’s happening in Sydney, through occasional flashbacks to China and the disappearances that have occurred in her own life.

Ferla’s background in screenwriting and script editing is obvious in the succinct and pithy writing. No words are wasted and yet we feel the despair and hopelessness of the students.

An interesting and topical read.