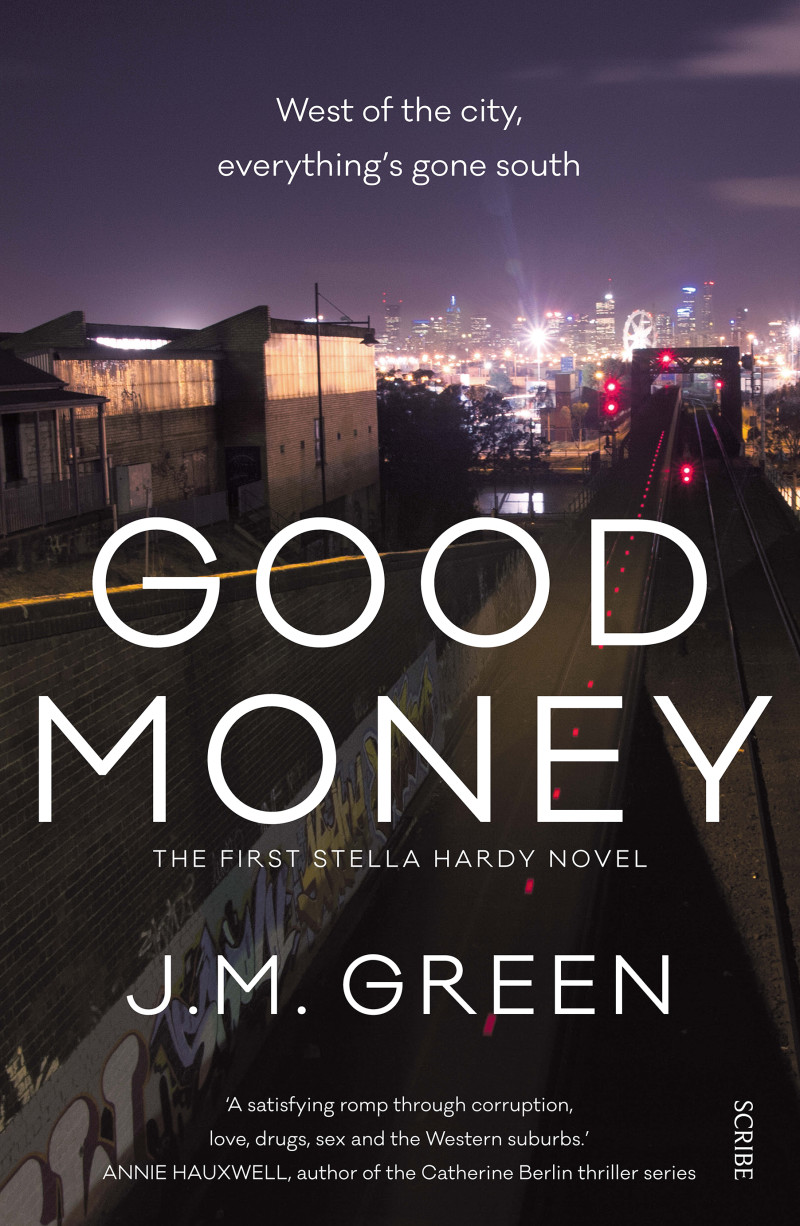 Stella’s phone rings. A young African boy, the son of one of her clients, has been murdered in a dingy back alley. Stella, in her forties and running low on empathy, heads into the night to comfort the grieving mother. But when she gets there, she makes a discovery that has the potential to uncover something terrible from her past — something she thought she’d gotten away with.

Then Stella’s neighbour Tania mysteriously vanishes. When Stella learns that Tania is the heir to a billion-dollar mining empire, Stella realises her glamorous young friend might have had more up her sleeve than just a perfectly toned arm. Who is behind her disappearance?

Enlisting the help of her friend Senior Constable Phuong Nguyen, Stella’s investigation draws her further and further into a dark world of drug dealers, sociopaths, and killers, such as the enigmatic Mr Funsail, whose name makes even hardened criminals run for cover.

One thing is clear: Stella needs to find answers fast — before the people she’s looking for find her instead.

In Good Money, her first novel, J. M. Green has created a smart-mouthed protagonist with the versatility and crazy brave concern for social justice to conduct any number of haphazard amateur investigations. Green is well positioned to write an entertaining and addictive Stella Hardy series.

If you’ve lived and worked in the disadvantaged inner suburbs of a big Australian city, you’ve probably known a woman rather like social worker Stella Hardy. Indeed, you may even be a Stella. In which case your friends and colleagues love you for your big-heartedness and smile at your foibles, or they get so aggravated by your chaotic lifestyle and questionable choices in lovers that they keep clear of you for months at a stretch.

It’s been more than a year since Green’s Stella ended an affair, and while she has been taking care of her troubled clients she hasn’t been looking after herself. She exists on cask wine, take-away coffees, laksa and toast. Her flat in inner-western Melbourne is smaller and meaner than those her clients occupy in the social housing towers. With its décor consisting of movie DVDs, overdue library books and a floordrobe, she has to “forage” to find anything wearable. After Green kick-starts the narrative with a 4 am call which propels Stella to the home of a client whose son has been murdered, it’s not long until her protagonist is describing herself as “a sleep-deprived middle-aged woman in a tatty jumper, old jeans, and hair like a feral”. At least, Stella notes, none of her fellow passengers on the Racecourse Road tram is paying her any attention. And she can console herself with the thought that as a gal with a rough and ready country background she has looked worse: after a day of docking lamb tails, say, or riding a motorbike through mobs of sheep to find the flyblown ones.

Green has a Dickensian skill for sketching an array of distinctive characters, ranging from the homely to the caricatured and grotesque. She is also skillful at concisely evoking the feel and look of unlovely places, and she has a sharp ear for colloquialisms and idiosyncratic and ungrammatical speech. Her Stella is rarely short of a satirical summary or forthright insult. On the subject of a career in social work, for instance, Stella has this observation: “Of course, you didn’t do it for the money. There was the opportunity to rub shoulders with grinding poverty and self-defeating behaviour. Unfortunately however, you did come across some truly dreadful people: the bureaucrats and politicians passing through for photo ops.” To a policeman sitting on a female colleague’s desk Stella says: “It’s pronounced foong, dickhead, and get off her desk.” Stella must have learned her approach at her mother’s knee, for Delia Hardy (a “senior citizen in a soiled pink dressing gown”, in Stella’s view) greets her homecoming daughter with the words “Bedraggled, as usual”.

Inevitably, persistent drollery and sarcasm can be taxing on both readers and the smart-mouthed character’s associates. Green balances Stella’s putdowns and shambling progress with the measured tact, fast paced driving and all-round preparedness of her sometime friend Senior Constable Phuong Nguyen. In Stella’s view, Phuong long ago “found Buddha and became a sanctimonious bore” and having adopted cop culture Phuong displays “fucking blasé racism” in her attitude to young African-Australians. Nonetheless the two women repair their friendship sufficiently to work on a crime scenario that ranges across locales, sub-cultures and social strata, taking in ice dealing, art investment and Western Australian mining.

The plot is multi-stranded and features film-worthy violence and colourful villains. The realistic underpinnings of the storyline – exploratory joint ventures, corporate malfeasance – are downgraded in order to play up the entertainment value of nationwide money-driven criminality. As a reader you may find this cartoonish approach a suitable match for Stella’s foolhardiness. Or, like me, you may find it a little too far-fetched to be bothered caring about and remembering after you finish the book. For me, the features which stayed in my mind in the months after I first read Good Money were the humour, characterisation, locations and attention to language. That puts Green in sound mean-streets company – think Raymond Chandler for starters – and it’s more than enough to make me look forward to Stella Hardy’s next adventure.