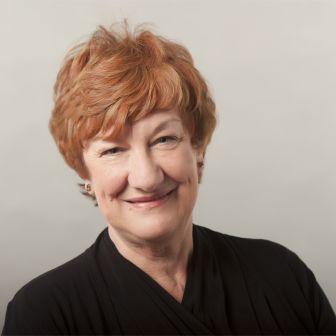 Hazel Edwards, author of 200 books and most famously for her classic children’s book, There’s a Hippopotamus on Our Roof Eating Cake, has returned to crime. She writes:

Timely? Serendipitous? Or a problem?

I had to update the ‘commitment’ wording in my novel. And a few clues. The legislation focused interest on engagements and marriages. And on the role of celebrants.

Was I an opportunist?

It’s fiction prediction. Two years ago, I asked myself ‘What if…’ a celebrant character who was in the romance business of performing weddings, was asexual but not aromantic?

A dramatic dilemma attracts me. But I didn’t set out to create a celebrant of diverse gender because I thought same-sex marriage legislation would increase my potential book sales. Coping successfully with being different has always attracted me as a theme.

Why did I make my celebrant asexual?

An asexual fan of my writing had asked why there were so few characters like her in fiction. And what could I do about it? She explained the differences to me between gender, sex and being a romantic who had feelings but no sexual attraction towards the object of their affection. And preferring ice cream to sex, which was most quotable. While researching ‘f2m; the boy within’ our co-written ‘Coming of age’ YA novels with a trans youth, I’d learnt a lot about transitioning gender, from my ftm co-author, but this was different. Agender was different from a gender. And aromantic differed from a romantic. Important to speak clearly when being interviewed on radio. But embarrassing when Spellcheck alters your carefully written two words into one, or vice versa.

The second issue is ‘cultural appropriation’.

Are you permitted to write stories when you are not in or of that actual culture? Gender is becoming a highly politicalised culture and it’s difficult to use some words without being accused of prejudice.

As a heterosexual, white grandmother, I write many characters unlike me, but with thoughtful research or a co-writer from that culture to co-create a credible character who is a different gender, age or background to me.

I’m not in my forties as my character Quinn is. I do not live in a country town. Neither am I a celebrant by occupation, although I’ve interviewed more than 25.

I feel strongly that a good writer needs to be androgynous and develop the ability to craft readable stories which may explore lives unlike that of the writer. Stories NOT propaganda! Well-researched, using compassion, literature can explore diversity. Otherwise, all fiction would be thinly disguised autobiography and that’s limiting beyond a couple of books. Surely it’s the quality of writing and ability to take the reader into another world for the length of that story and beyond which is significant. 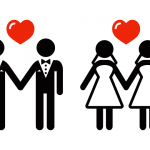 Ironically I’d been writing Celebrant Sleuth for about two years (6-8 am most mornings) and then the same-sex legislation went through and there was a surge of demand for celebrants, just at the time my mystery was planned for release. It forced me to update the legalities of the Commitment chapter where the ex-husband was poisoned. And change a few clues.

I can’t take credit for the topicality. But love the coincidence that my cover designer Lee Burgemeestre is also a celebrant, so the cover is authentically researched.

What initially interested me was juxtaposing a romantic but asexual celebrant at ceremonies which could vary in location and types of characters with different motives. Series potential for television too.

Weddings, naming days or funerals are often heightened emotional occasions – plus there are possible dramatic dilemmas for my sleuth to solve. And I’ve become quite fond of my quirky but resourceful Quinn character who is not autobiographical, although I do like eating beetroot too.

Fiction prediction where a fiction writer says ‘What if?’ and then it happens on the news #.