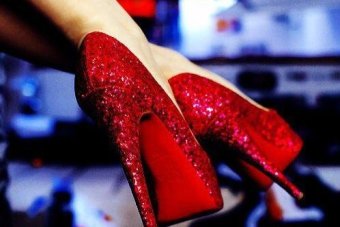 Publishing director Kay Scarlett said it was not just the similarity in names that had spurred her and Bonnier Publishing Australia to become a partner in crime.

“For decades, Sisters in Crime has worked tirelessly to elevate the visibility of women’s crime writing in Australia, and been instrumental in fostering talent within the crime writing community. Its consistent programming of events and festivals over the years has cultivated a platform for women to gather, share their writing and ideas, and for friendships and support networks to form,” Scarlett said.

“Crime writing has been a cornerstone of Echo’s list since its inception and there is a long shared history between Sisters in Crime and Bonnier Publishing Australia. A number of our authors are members of Sisters in Crime including Emma Viskic, Robin Bowles, Ruth Wykes, Kylie Fox, Cath Ferla, LJM Owen, Lindy Cameron and numerous others, which has allowed them to lay the foundations for their writing careers and has propelled them onto a national, and in some cases, global stage.”

“Bonnier Publishing Australia has an impressive track record in both publishing crime and supporting its writers,” Lobb said.

“We’re also excited that Simon & Schuster, home to crime writers such as Ann Turner, Sara Foster and Aoife Clifford, winner of the 2007 Scarlet Stiletto Award and numerous other category awards), has continued to sponsor the 2nd prize ($1000). The Sun Bookshop, which is our long-term bookseller at events, has also signed on again for 3rd prize ($500).”

$8600 is on offer in prize money this year. Stories must have a crime or mystery theme with a female hero or anti-hero. The awards are amongst the richest short story competitions in Australia.

As well as receiving Bonnier Publishing 1st Prize of $1500, the overall winner will be presented with the coveted trophy, a scarlet stiletto with its steel heel plunging into a perspex mount.

Melbourne Athenaeum Library is again offering a prize of $1000 and a runner-up prize of $500 for the best short story that includes the words ‘body in the library’. A selection of the last five years’ winning ‘body in the library’ stories will be read at the Athenaeum Library at 6pm Friday 4 August by authors Jane Clifton, Susanna Lobez, and Leigh Redhead with author (and 2011 trophy winner) Angela Savage compering. Click here to book.

The Scarlet Stiletto Awards had had great success in unearthing literary criminal talent over the past two decades.

“The great variety of awards on offer should appeal to all sorts of different literary sensibilities, from the cosy and romantically inclined to the hard-boiled and speculative – and those who like history with their mystery. Twenty-four years on, the awards’ heels are digging in,” Lobb said.

Last year’s awards were the climax of Sisters in Crime’s 25th anniversary convention, SheKilda3: One Day Crime Spree, at St Kilda Town on 19 November and were presented by Nicole da Silva, a star of Wentworth.

At SheKilda3, Angela Savage launched six more e-book collections of winning stories by Clan Destine Press, including the 2016 stories. Scarlet Stiletto: The First Cut and Scarlet Stiletto: The Second Cut were published in hard copy some years ago but are also available as e-books: http://clandestinepress.com.au/

To download an entry form, pay the entry fee and read the FAQs, go here.