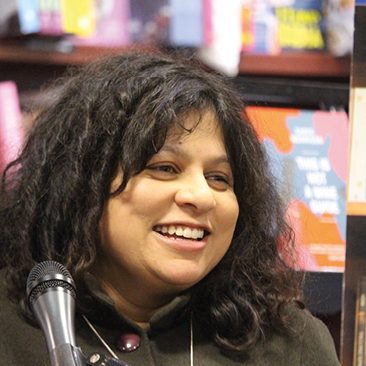 Melbourne’s Wheeler Centre presented a brilliant session on the current state of crime writing on 3 July. As the official notice said:

“It’s no mystery that Australian crime writers are on some kind of a rampage – some kind of a spree– filling bookshops, racing up bestseller lists and taking over big and small screens across the globe.

“Liane Moriarty’s Big Little Lies has been a major TV hit. The series’ executive producer, Reese Witherspoon, is now working on a movie adaptation of Jane Harper’s The Dry {in fact it’s now in pst-production]. Local audiences have been glued to the Jack Irish ABC TV series and to podcasts such as Trace and The Teacher’s Pet, and the last few years have seen a juggernaut of local book sales for established names and newcomers alike.”

Here’s what Sulari had to say:

A couple of years ago I set out to write a novel that wasn’t crime. It was not that I didn’t want to be a crime writer. Indeed I’ve always thought crime writers were the cool kids of the profession. They had an edge…and aura of toughness despite the fact they spend their lives playing with words. One always imagined that if the chips were down and you needed to fight your way out of situation, a crime writer would be more use than… say a poet. So my desire to write a novel out of the genre was, I think, a momentary madness, an irrational drive simply to prove that I could. 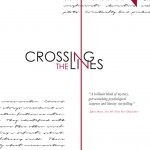 I opened a file which I named “non-crime novel” and I starting writing with determination. No crime. Absolutely not! This was going to be literary, an esoteric exploration of identity. Beautiful imagery, an inner journey into the meaning of all things, the pace of molasses going uphill….When a body turned up the second chapter, I didn’t panic. After all one corpse does not crime novel make. I admit, when my brooding literary leads started investigating, I was a little concerned, but not alarmed. I tried to stop them…threw some existential crises in the way… .but my characters have never been good at listening to me. A few suspects, some motives, and a car chase later, that non-crime manuscript [Crossing the Lines] ended up winning the 2018 Ned Kelly Award for Best Crime Novel… and I learned that I am in my heart and soul, a crime writer.

I have wondered since then, what it is about me that makes the crime genre my natural home. Certainly, I’m not alone. Crime is popular with both writers and readers. Indeed, it is currently enjoying a surge in popularity.

I do note that not only do I like writing crime, I also like the company of crime writers. They are my people. So perhaps there is a commonality among those of us who write crime, some character trait that compels us to write about murder, deceit and the dark side of humanity, something we recognise in each other and which makes us friends.

Interestingly, the company of crime writers is, in my experience, rarely dark and so it seems our books are not necessarily some expression of the blackness of our souls.

My colleague Robert Gott, who the years have given the appearance of wisdom, has in the past accused me of “relentless and exhausting optimism”. Now, all writers are optimistic to some degree. Indeed, spending a life making things up and expecting others to care about the adventures of your imaginary friends is, by definition, optimistic. But apparently my particular brand of optimism is “relentless and exhausting”. And to that failing, I confess. I am an optimist. And though I do realise Robert was probably not trying to compliment me, I suspect that optimism is not a characteristic alien to crime-writers as a whole, for as much as we present the worst of humanity for our readers, we also grant them hope.

PD James contends that the detective story is not about murder but the restoration of order, that it is this redress that readers seek when they pick crime fiction—and for many Golden Age crime novels, that is the case. Readers are comforted that evil will be punished and good will prevail. But crime novels have evolved, and in many cases today the protagonist fails, the perpetrator is unpunished and hero bears the consequences. It is, after all, the definition of noir. And yet readers still find crime fiction comforting. In fact, as the world becomes bleaker and harsher, crime novels only increase in popularity. So why?

I think the answer lies not in some contrived restoration of order but in the valiant attempt. It is not about how a crime novel ends but how it begins. The essence of the crime novel is not about murder, or deduction, or even justice. Instead, at the core of the genre is the understanding that when things go wrong, when it all goes to hell, someone will stand up and fight for what is right, or what they believe is right. That someone may be an embittered alcoholic cop, or a brilliant detective, an old lady, a wrongly accused amateur or even a gentlemen artist… but whoever they are, they will say no, they will resist.

So I guess I write crime fiction because am an incurable optimist, even a relentless and exhausting one. I write what I want to believe, what I am committed to believing. That in the face of injustice and evil, against insurmountable odds, and despite personal danger, at least one person will resist.

Sisters in Crime hopes to bring you the contributions of other women writers on the Hit List.