Dr Carolyn Beasley, the acting department chair, declares it is a neat fit.

“The Davitt Awards have become an institution on the crime writing scene and are an essential recognition of the role that women play in the Australian literary landscape,” Dr Beasley said.

“Ellen Davitt [after whom the Awards are named] battled many of the challenges women writers still face today, so it’s with great pride that Swinburne University of Technology’s Writing Department offers sponsorship for the award. We are thrilled to be able to support the tireless work that Sisters in Crime do to lift the profile of Australian women crime writers.”

Swinburne University was one of a number of sponsors who responded to Sisters in Crime’s appeal though the Australian Cultural Fund. The sponsorship will be used to pay for the trophies, accommodation and travel for winners, promotion and other costs associated with the awards. Swinburne’s donation means that the $5000 target has been just pipped.

“Crime is phenomenally popular on the page and screen but it’s only been in the last couple of decades that we’ve been able to enjoy crime stories that are about Australia, by Australians and speak to Australian preoccupations in a language which is all our own,” Horwood said.

“There has never been a better time for students and emerging writers more generally, to turn their hand to crime – in the creative sense, of course. Publishers and producers are always looking for compelling stories that meet the huge and growing appetite for top-notch crime. Women, of course, add an extra dimension to the genre.

“And the Davitts do make a difference. After Emma’s Viskic’s debut novel, Resurrection Bay, won three Davitts last year (plus a Ned Kelly Award the next day), there was an immediate spike in sales. It is just about to go into its third reprint.”

Ninety -nine books are in contention this year. The shortlist includes five in the adult fiction and true crime categories, four in children’s fiction and three in Young Adult. All debut shortlisted books – eight in total – vie for the best debut prize. 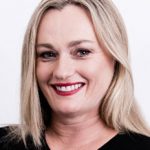 The Davitt Awards will be presented by Australian true crime writer, barrister and television producer, Hilary Bonney, at a gala dinner at Melbourne’s Thornbury Theatre on Saturday 26 August, 7pm.