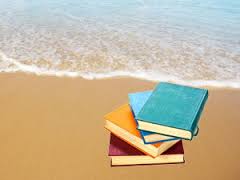 Sisters in Crime asked SheKilda3 speakers what they’d recommend as a holiday read – it didn’t matter if it was by an Australian or overseas author, fiction or true crime, new or old. Note if you order books from Booktopia via the Sisters in Crime website here , a percentage of the payment goes to Sister in Crime. Here’s what the speakers recommend:

Robin Bowles: My recommended book is CRIME FICTION!! The One Who Got Away by Caroline Overington (Harper Collins). In the timeworn phrase of lazy book reviewers, it will keep you guessing until the end! Also very well written, characters really alive and a good sense of place i.e. you are right there with them all individually in New York City and then as they are thrown together in the holiday cottage, Agatha Christie style. Any: more will spoil the plot.

Anne Buist: Holiday reading? It’s summer, Australia and the tennis is on…get a copy of Kathryn Ledson’s Grand Slam (e-Penguin): put the Aussie Open on mute and giggle your way through the day. There’s a hot bloke to add to the pleasure, but Erica Jewell, the heroine is pure delight. For something more sobering, that makes you think, non-fiction: A Mother’s Reckoning by Sue Kleibold, mother of one of the Columbine teenage murders (WH Allen (Edbury) publishing) about her years coming to terms with what happened, what went wrong, her and society’s responsibility and what is good parenting.

Lindy Cameron: I recommend: Invisible Women (Echo Publishing) by Kylie Fox & Ruth Wykes as one of the most important true crime books to be published in Australia in recent years. The authors reclaim from anonymity and media-applied ignominy the ‘lives’ of murdered Australian sex workers. The women were also more than victims, always more than prostitutes; they were also daughters, sisters, mothers and friends. Too often described in headings (and often in the story) by the mainstream media as ‘murdered sex worker’ or ‘Family man charged with murder of junkie prostitute’ these women had real lives and real hopes and dreams. In no way denying the truth of their ’employment’, Invisible Women gives back their names and the lives they lived. Challenging and sad, but ultimately rewarding.

Cath Ferla: The Astrologer’s Daughter by Rebecca Lim was an introduction to YA for me and I was blown away by Lim’s strong dialogue and well-drawn characters, especially the strong, take-no-prisoners female protagonist. I loved the Melbourne Chinatown setting and thought that part of the city was effectively and evocatively portrayed in this book. A very enjoyable read.

, Shame the Devil (Penguin Random House). Those who have read and loved Melina’s Young Adult works will recognise her deft hand with emotions and her mastery of adolescent voice. She brings this, and so much more, to the story of Bish Ortley, a man struggling to deal with his personal demons and protect his family. This is a tale of taut suspense, deep social divisions and global ramifications and, yet, it is written gently, with one hand always on the human heart.

Wendy James: This year I discovered the remarkable (and prolific!) Joan Aiken’s crime novels, which have recently been re-released by Orion as e-books. If you enjoy your domestic noir with a dash of gothic, and a touch of the absurd, you might want to cozy up to these seriously sinister novels: http://www.joanaiken.com/pages/modern_novels.html

Narrelle M Harris: My crime recs for the year, taken from the books I’ve actually read this year! One fiction, one non-fiction. All the Cafe La Femme books by Livia Day: A Trifle Dead, Drowned Vanilla and the novella The Blackmail Blend (Twelfth Planet Press). Enormous fun with Tabitha Darling in Hobart, making delicious food, getting caught up in troubling crime, being kickass and having a ball.If you’re a passionate reader of crime fiction Blockbuster! Fergus Hume and The Mystery of a Hansom Cab (Text Publishing) by Lucy Sussex, will give you a solid, erudite, accessible and often affectionate grounding into the history of crime fiction, the parallel careers of Fergus Hume and Arthur Conan Doyle and a rich insight into the world’s first publishing phenomenon.

Kathryn Ledson: One of the best books I’ve EVER read is Dark Horse by Honey Brown (Penguin 2013). Her writing is superb, the twist such a shock. Plus, it’s so sexy! Highly, highly recommend it.

Rebecca Lim: Emma Viskic’s stunning debut –Resurrection Bay (Echo Publishing) – should feature on the must-read list of any discerning crime lit fan. Reading it, I felt the same visceral thrill I get when I’ve got a cracking, top-of-his-game Peter Temple novel in my hands. The setting, pace, sensibility and dialogue are irreverent and Aussie-As, and the detective at the heart of the action – Caleb Zelic – isn’t just your run-of-the-mill, whip-smart, mouthy, damaged stubborn bastard detective, but a profoundly deaf stubborn bastard detective who puts so much effort into pretending he’s normal that his entire life is lived on the bruising offensive. The action, the dialogue, the open ending – full of hope and possibility after acts of horror –  had me binge-reading for all I was worth. 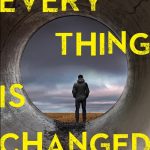 Ellie Marney: I recommend some great Aussie YA crime – Everything is Changed by Nova Weetman (Penguin Random House). It’s a story of two boys who commit a terrible crime, and the guilt that ravages them in the aftermath – the book is told in reverse, which makes it fascinating. Two for the price of one – I recommend everyone read Tell the Truth Shame the Devil by Melina Marchetta, also out through Penguin. Marchetta is a master.

Phillipa Martin: Tell the Truth, Shame the Devil by Melina Marchetta. There are so many elements to love in this book: fascinating and engaging characters; a plot (and characters) that make you want to keep turning the page; and some of the themes Marchetta addresses, such as identity and racism, add a richness to the reading experience. Tell the Truth, Shame the Devil’s main character, Bish, is pulled into the investigation of a school-bus bombing, and soon discovers that one of the students is the daughter of a high-profile, convicted bomber. Bish is a delectably flawed character and his opening scene is wonderful. Character is an obvious strength of Marchetta’s and she continues that tradition in this novel – her first novel for adults rather than young adults. Marchetta manages to make us really feel for her characters as we’re hurtled along the journey of watching two crimes unravel, one in the present and one from the past. A stunning entrance into the world of crime fiction and a novel I’d highly recommend.

Sue Maslin: Ann Turner’s Out Of The Ice (Simon & Schuster) is my recommendation. A page turning crime mystery in the Antarctic wilderness .. .complete with hidden ice caves and killer penguins.

L.J.M. Owen: If you’re hankering for an afternoon spent in the Golden Age of Detective Fiction, I’d recommend Dorothy L. Sayers’ 1933 Murder Must Advertise, Book 10 in the Lord Peter Wimsey series (Hodder & Stoughton). Set in the pompous, competitive world of advertising, this story opens with an apparent accidental death-by-staircase, but quickly evolves into a hunt for the truth amid rumours of drug-dealing and copious deaths. It has a similar feel to some aspects of the modern TV series Mad Men, but with more humour and a far higher body count. If you like the classics, this is one of Dorothy L Sayers’ best.

Janice Simpson: I recommend Tania Chandler’s Dead in the Water (Scribe). It continues Brigitte’s story from Please Don’t Leave Me Here. Dead in the Water is set in on Raymond Island in Gippsland, Victoria, a setting that lends itself extremely well to the plot. Chandler’s characters are people you know and she crafts the plot like an expert.

My pick for some chilling reading in the sweltering months to come is Laura Elizabeth Woollett’s The Love of a Bad Man (Scribe 2016). It is a collection of short stories based on true accounts of women through history who have fallen in love with some very bad men. Filled with beautiful prose, it’s a great one to pick up if you have just an hour here and there to relax amongst silly season madness.

: I recommend The Wicked Boy by Kate Summerscale (Bloomsbury). Like her earlier book, The Suspicions of Mr Whicher, it focusses on is a nineteenth-century murder: in 1895 London, Robert Coombes stabbed his mother. With his younger brother Nattie, he carried on life as normal, while she rotted in the bedroom above. Something had to be blamed, so it was his taste in Penny Dreadfuls. He was committed to Broadmoor as criminally insane. After 17 years he was quietly released, and sent to Australia. In World War1 he enlisted, serving at Gallipoli. War hero as matricide? Far too much too true crime is vengeful and self-serving. Instead Summerscale makes an effective argument for rehabilitation of offenders, rather than punitive judgement. Very little true crime is moral beyond the author’s self-righteousness, but this book triumphantly is.

Sue Turnbull: I recommend The Dry (Macmillan) by Jane Harper. Every now and then an Australian crime novel comes along to stop your breath and haunt your dreams. There is something about The Dry that is mythic and valiant. This is a story about heroism, the sins of the past, and the struggle to atone. But let’s not forget the redbacks, the huntsmen, the rabbit scourge and all that makes this a quintessential Australian story beautifully told.

Ann Turner: I adore reading mystery series, moving with a character as they solve grisly situations, fearing for them as they find themselves horribly threatened, and I’m drawn to strong women who break the rules. I loved Anne Buist’s debut psychological thriller Medea’s Curse (Text Publishing), and am really looking forward to the next in the series, Dangerous to Know. Natalie King, a forensic psychiatrist, is a brilliant character, with personal demons and wonderful intelligence. And Anne Buist writes with knowledge and depth, and keeps you on the edge of your seat, with your heart pounding. What more could you want on a hot summer’s day?

Emma Viskic : My crime recommendation for the holidays is Cath Ferla’s Ghost Girls (Echo Publishing). Like many of my favourite crime reads, Ghost Girls is smart and layered, and features a complex protagonist. The novel opens with the apparent suicide of a foreign language student, but things are not all as they seem. Ferla shows us the dark underbelly of Australia’s foreign student industry without ever becoming gratuitously graphic. It’s a book that engages all the senses, and is particularly evocative when it comes to the tastes and smells of Sydney’s China Town. Warning: do not read on an empty stomach.

Sue Williams: I can’t think of a better summer holiday read than one that involves a sumptuous beach, sex, corruption and a brutal murder (or three). All that and more is on offer in The Dying Beach (Text Publishing) by Angela Savage, the third novel in her Jayne Keeney, P.I. series. It’s a tightly plotted page turner, involving environmental destruction, along with a top-notch love story (plus cobras – and what book is complete with them?!). It’s also a fascinating peek into Thai culture and language – and their wonderfully vivid expressions like ‘Escape the tiger, meet the crocodile,’ (the Thai equivalent of ‘out of the frypan and into the fire’). Highly recommended.