How crime writing is like music: Emma Viskic’s secrets for writing a lyrical, rhythmic crime novel 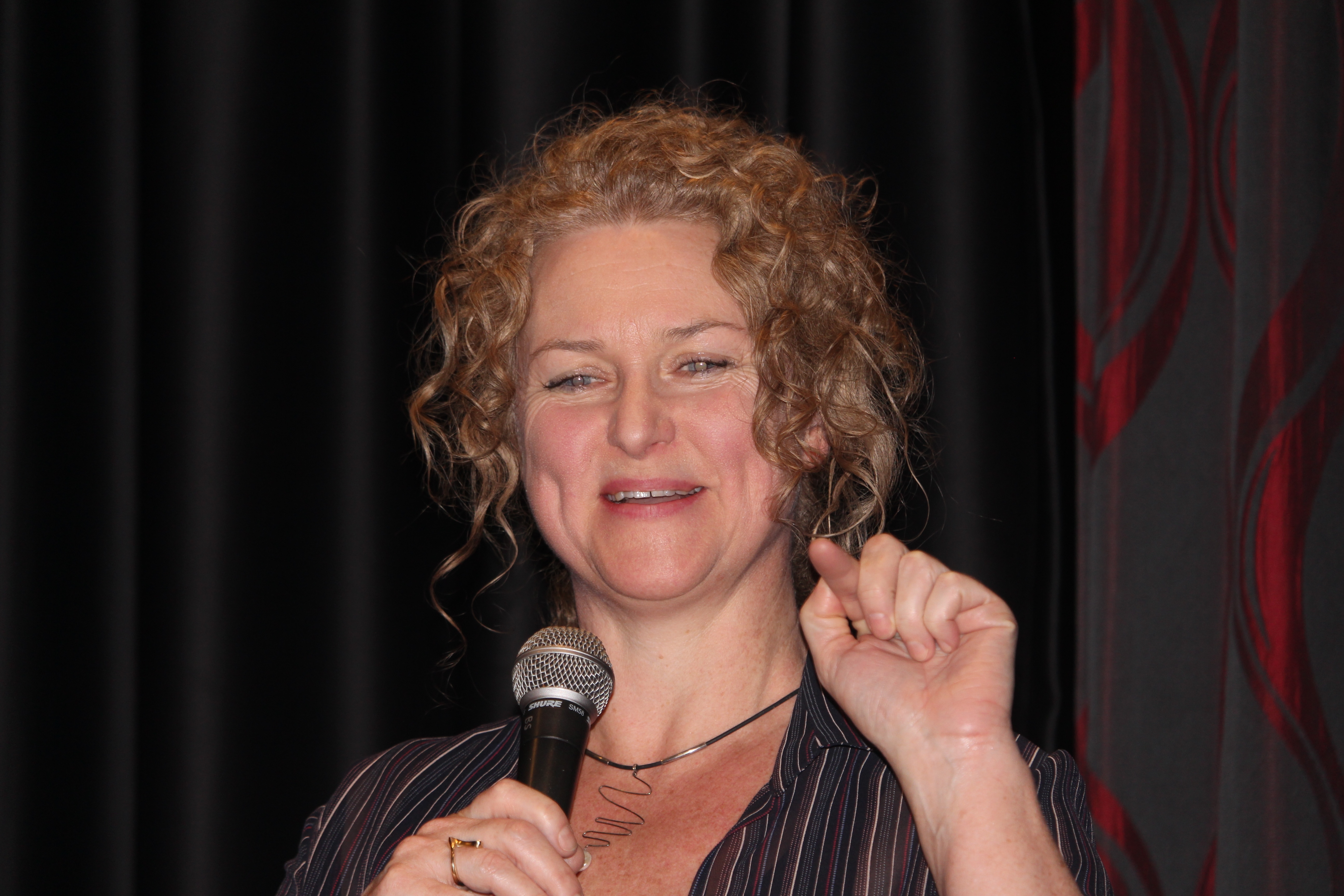 I kill people for a living these days, but my first career was as a classical clarinet player.

Clarinet was a bit of an odd choice for a child whose school didn’t run to a music program, but I threw myself into learning it with the determination only a moody teenager can muster, and eventually ended up playing in everything from operas and musicals, to an engagement party that ended in a brawl.

If my life were a movie, that part would be Flash Dance meets Fame. Only, instead of winning over a judging panel while wearing a welding mask, I had to practise scales for 20,000 hours. I exaggerate of course – I also practised pieces. All those hours of playing taught me a lot about semiquavers and key signatures, but they also taught me a lot about writing.

So let me save you those 20,000 hours by revealing how music helps me write.

I first attempted to write a novel when I was thirty. It took me a year to finish and I loved it dearly, but it was bad. Really bad. It had no plot, no motivation, no tension. No rhythm.

Rhythm is the beating heart of all writing, but it’s particularly important in crime writing. It’s the larger push and pull of a piece, as well as the finer pattern of its paragraphs and words. If there’s no rhythm, there’s no narrative drive, and readers drift away like dancers leaving the dance floor when the band takes a break.

If my first manuscript was a loose connection of notes, my second one was a pop song: bright and fast, with the predictable doof-doof beat of a bad 80s’ band. But three chords and a tune can’t support a novel. For that, you need a symphony.

A symphony is a long work with three or more contrasting movements. Like a book, it can evoke any style or mood. It can be delicate like an early Mozart symphony, or an overblown number scored for a one hundred piece orchestra, additional military band and real cannons (I’m looking at you, Tchaikovsky).

When I began writing my debut novel I instinctively structured it like a three movement symphony, and finally found the right rhythms for a crime novel. A three movement symphony is fast, slow, fast: an ebb and flow that is echoed throughout the entire work. Each movement is built from contrasting sections, each section from contrasting melodies. This continually shifting pattern helped change the doof-doof beat in my writing into something more intricate and interesting: Stravinsky meets Eminem’s “Lose Yourself,” but with a body count.

Whether it’s a three movement symphony, or seven, the first movement establishes the mood of the piece. Is it funny, or dark?  Chaotic? Sombre?

Whether it’s a three movement symphony, or seven, the first movement establishes the mood of the piece. Is it funny, or dark?  Chaotic? Sombre? Two distinct themes emerge in the early moments, gradually developing, then reiterating. In a novel, these are the hero’s goal and obstacle. More themes will come later, but these two help set the tone and thread through the work, binding it together.

After the action-filled first movement, the second one opens into something more contemplative. More themes appear and the initial ones evolve. The third or final movement revisits everything established earlier, but ups the ante. It grows faster and louder, more and more urgent, hurtling towards the climax.

Writing to this pattern isn’t about adhering to a rigid set of rules, but finding the right structure for each work. The variations are endless—add a coda for a quieter ending, slip in an introduction or an extra couple of movements—as long as the rhythms keep shifting.

There are different kinds of melodies to suit every piece, from reggae to lullabies, cosy mysteries to darkest noir. Hard-boiled crime suits pared-back sentences that reflect the protagonist’s outlook—“The streets were dark with something more than night.” (Raymond Chandler, The Simple Art of Murder). Historical fiction lends itself to more ornate phrases. In See What I Have Done, Sarah Schmidt creates a  othic nineteenth century feel by embellishing her sentences with adjectives and descriptions: “The little room was cloying and heavy with the odor of warm bodies and grass, of police mouths smelling of half-digested chicken and damp yeast.”

Dissonance can also be powerful.

The great singer-songwriter Tom Waits once said, “I like beautiful melodies telling me terrible things.” Beauty throws ugliness into sharp relief, but also lowers our defences. One of my favourite songs is Death Cab For Cutie’s “I Will Follow You into the Dark”. It’s a sweetly lyrical melody that begins with the words ‘Love of mine, someday you will die.’ That line is a punch to the guts every time. If the melody were sombre and the chords ominous, I’d be wary, but the gentleness of the tune lets the idea slip straight through my guard.

Music comes with helpful instructions on how to play it—crescendo, forte, diminuendo—but a reader gets very few clues how to read a book: the words have to do most of the work.

If I want you to imagine a languid picnic I have to describe it in meandering sentences, painting an image of the dappled light through the trees, the scent of strawberries and freshly-mown grass, the warm touch of a hand on yours.

A tense scene needs a different pace. It might begin with a longer passage: the darkened house and folded shadows, the still air. But then comes the pause. There’s a noise. The scrape of metal against metal. Someone’s in the house. The words race with your pulse. Hurrying, tripping, tumbling. Shorter, faster. Run. Run.

But size isn’t everything.

Passage after passage of even sentences can slow the pace, no matter what their length. If you’ve ever been on-hold, listening to the same music for more than five minutes, you’ll know how torturous repetition can be.

Mixing the number of words in a sentence helps, but reading your work aloud to feel the beats is even better. The syllables need to vary. Otherwise it’s monotonous. Like these sentences you’ve just read. The last three sentences are different lengths, but they’re all eight syllables long. You might not stop and analyse that as a reader, but a few too many of those in a row and the writing will start to feel like Für Elise on repeat. 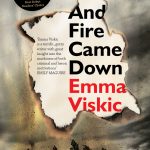 “The music is not in the notes, but in the silence between.”—Mozart

Silence is fairy dust in music. You sprinkle it around to make important passages shine. A moment’s silence after a moving phrase gives the audience a chance to take in what they’ve heard, and feel its full emotion. In writing, this means giving space to significant scenes, instead of rushing on to the next exciting revelation.

Anyone who’s heard an unfinished scale knows the exquisite tension of waiting for that final note. Imagine Maria in The Sound of Music singing, ‘Do Re Mi Fa So La Ti …’ And never reaching that last ‘Do’. The stress is almost unbearable. So delay the note, the backstory, the lovers’ reunion, the revelation. The resolution has to come, just…not…quite….yet.

I often think writing dialogue is like scoring music for a movie (full disclosure: I’ve never scored music for a movie). Instruments have different characteristics, and good composers use them to their best effect.

It’s hard to imagine Darth Vader’s signature theme being so ominous if it was played on a banjo, or a tender love scene accompanied by a brass band. Dialogue should suit the characters, too. A slow and steady beat for the small town cop; a jumbled patter for the desperate-to-impress suitor; an even beat for the old-school newsreader.

Composers often create a mood change by modulating from a major key into a minor one, or vice versa. (And if you want to know how effective that can be, try searching YouTube for ‘Twinkle Twinkle Little Star in a minor key’ sometime.)

With all sound muffled, speech became percussion instead of melody, and i learned how much people reveal through changes to their usual rhythms.

Writers can achieve the same effect by altering a character’s dialogue, something that was brought home to me when I was writing Resurrection Bay. The protagonist, Caleb Zelic, is profoundly deaf. Because he lip-reads, he pays particular attention to people’s speech. As part of my research, I did a lip-reading course, blocked my ears, and went out to experience the world through Caleb’s eyes. With all sound muffled, speech became percussion instead of melody, and I learned how much people reveal through changes to their usual rhythms. A sudden burst of words from a usually taciturn person might show their nervousness; monosyllables from a chatty one, their anger.

I used to have a doorbell that almost played ‘Hey Jude.’ I say ‘almost,’ because one of the notes was off. It was only one flat note in a perfect rendition, but it made me shudder every time I heard it.

When I’m editing, I’m listening for that bum note. Often it’s a clunky piece of writing, but sometimes it’s a passage I love, but don’t need—a moving scene that belongs in another book, witty banter that doesn’t suit the mood, an adored, but unnecessary character. When I’m struggling to kill those precious darlings, I imagine a reader’s shuddered response, and hit that delete key quick smart.

I’m currently writing my third novel, and I still read my work aloud to feel its cadences. When there’s a problem it’s nearly always because I’ve missed a beat: the accelerando before the big denouement, the quiet moment after the frenzy. Then I write and rewrite until the rhythm flows and the words can sing.