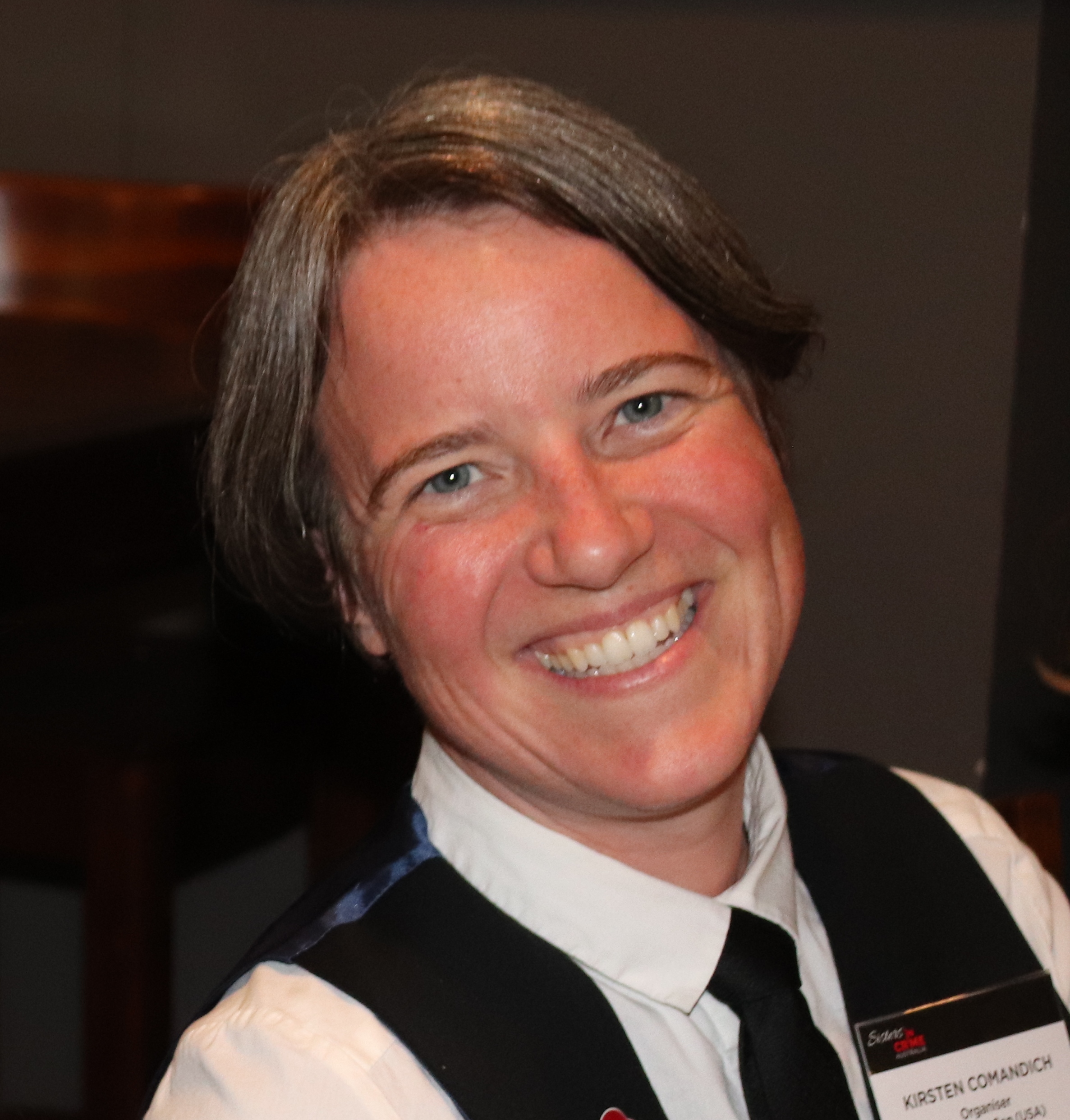 I was determined that I would never fall in love again. In 2013, Igal, the man I was in love with, ended his life. I’d lost several other people in my life within a few years. Two and a half years later, I was still reminding myself every day of the pain of losing him.

But slowly my sense of romance returned, despite myself. I had to give in – but in a safe way: what I needed was a fictional romance to fall in love with.

A Melbourne friend was visiting Portland, and another friend asked, “Have you seen Miss Fisher? She’s from Melbourne.” And I remembered seeing the books in a list of “favourite couples in literature” and I thought, aha! I’d grown up reading mystery stories – Sherlock Holmes, The Thinking Machine, etc – and was a devoted fan of the Mary Russell novels.

I got Cocaine Blues from the library, found a random episode (Death Defying Feats) on YouTube, and started them both the same evening. Soon, I had signed up for Netflix and watched them all. Phryne’s love of life, playfulness, humor, and her magnetic chemistry with Jack, while at the same time acknowledging her life’s serious losses, was impossible to resist. Slowly, slowly, Phryne brought joy back into my life.

On the next anniversary of Igal’s death, I debated going to a friend’s birthday party. I was still pulled by the feeling of grief – how could I possibly have fun and celebrate, on that day? And I watched the scene from the end of series one, in King Memses Curse, where Phryne and Jack discuss her sister’s death, and I saw how Phryne, despite having lost her sister, was living life to the hilt, and celebrating her birthday. I realized – I could still celebrate life, without forgetting the impact that Igal had had on mine.

As I started to see discussions of episodes online, I discovered a worldwide community of fans. And I had no idea how amazing they would all be! I got to know people online from all over the world – the US, Australia, Sweden, the UK, New Zealand, etc. And when the first Miss Fisher Convention happened in 2017, meeting other fans that I’d known online felt like meeting celebrities.

The fandom has been incredibly supportive, and really lives by the philosophy of women supporting other women, just as Phryne does. Discussions with other fans brought me a different perspective on death, and grieving. Many other fans have found Phryne inspirational in recovering from losses in their own lives. And we just have a lot of fun together.

With the opportunity of the Kickstarter for the new movie, Miss Fisher and the Crypt of Tears, I visited Melbourne for the first time, for the script read-through in 2018. I spent three months living in Melbourne and after a while I realized that I felt lighter being here. Portland is full of memories of Igal, and it wasn’t until I’d had an extended time away that I was able to see that, and feel stronger to face them when I returned.

Meeting everyone involved with the production of Miss Fisher has been amazing. Everyone has been so generous. And people in Melbourne have been lovely. I met some of my dearest friends in Melbourne at Kerry Greenwood’s book launch in 2018. And the Sisters in Crime – at my first event I arrived knowing no one, and quickly felt like I was surrounded by friends.

Hurray for Phryne Fisher – who brought joy, love, and some fantastic experiences back into my life.

Kirsten Comandich was born in Cape Town, has lived most of her life in Portland, Oregon, and is scheming how she can move to Melbourne. She is the Treasurer for the Adventuresses’ Club of the Americas, the fan organization that runs the Miss Fisher Convention. https://missfishercon.com/