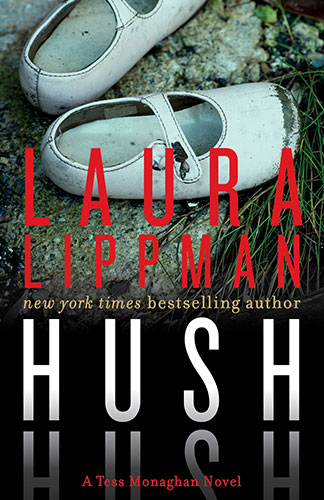 Author: Laura Lippman
Publisher: Harper Collins
Copyright Year: 2015
Review By: Anne Bruist
Book Synopsis:
On a searing August day, Melisandre Harris Dawes committed the unthinkable: she left her two-month-old daughter locked in a car while she sat nearby on the shores of the Patapsco River. Melisandre was found not guilty by reason of criminal insanity, although there was much skepticism about her mental state. Freed, she left the country, her husband and her two surviving children, determined to start over.

But now Melisandre has returned Baltimore to meet with her estranged teenage daughters and wants to film the reunion for a documentary. The problem is, she relinquished custody and her ex, now remarried, isn’t sure he approves.

Now that’s she’s a mother herself–short on time, patience–Tess Monaghan wants nothing to do with a woman crazy enough to have killed her own child. But her mentor and close friend Tyner Gray, Melisandre’s lawyer, has asked Tess and her new partner, retired Baltimore P.D. homicide detective Sandy Sanchez, to assess Melisandre’s security needs.

As a former reporter and private investigator, Tess tries to understand why other people break the rules and the law. Yet the imperious Melisandre is something far different from anyone she’s encountered. A decade ago, a judge ruled that Melisandre was beyond rational thought. But was she? Tess tries to ignore the discomfort she feels around the confident, manipulative Melisandre. But that gets tricky after Melisandre becomes a prime suspect in a murder.

Yet as her suspicions deepen, Tess realizes that just as she’s been scrutinizing Melisandre, a judgmental stalker has been watching her every move as well.

The book starts with a transcript—more of which follow, doted through the novel—of an interview. The interviews are to become part of a film, ostensibly being made by Melisandre Harris, who has returned to the States after a long self-imposed exile after being released for killing her infant daughter while psychotic. It’s an interesting premise and as thriller writers are always looking for a new way to present things, this allows the author a way into areas its often hard to enter if doing from just one or two points of view, and are not the cops trying to solve the crime. We hear from peripheral people and then people closer to the case, on and off camera, as well as seeing into the lives of ex-husband and new wife and the two surviving daughters she gave up. Wound around this is Tess Monaghan, a PI that has featured before in Lippman’s books, and who is working for her uncle who is close to Melisandre, and drags them in to offer protection.

The pace is quick, the reading easy. I didn’t especially like Melisandre and though there were flashes of a potentially interesting character she was for me too cardboard cut-out, and ultimately both she and the plot were a bit implausible and the depiction of mental illness too simplistic. But I am a psychiatrist and this is my area of expertise so I am probably being far too critical! Unlikeable protagonists are a bit of thing since Gone Girl and it’s a hard line to tread—in many ways this is overcome by Monaghan’s presence, but as always when doing multiple POV, it leaves one feeling stretched a bit thin. At the end of the day, it was an enjoyable enough read.