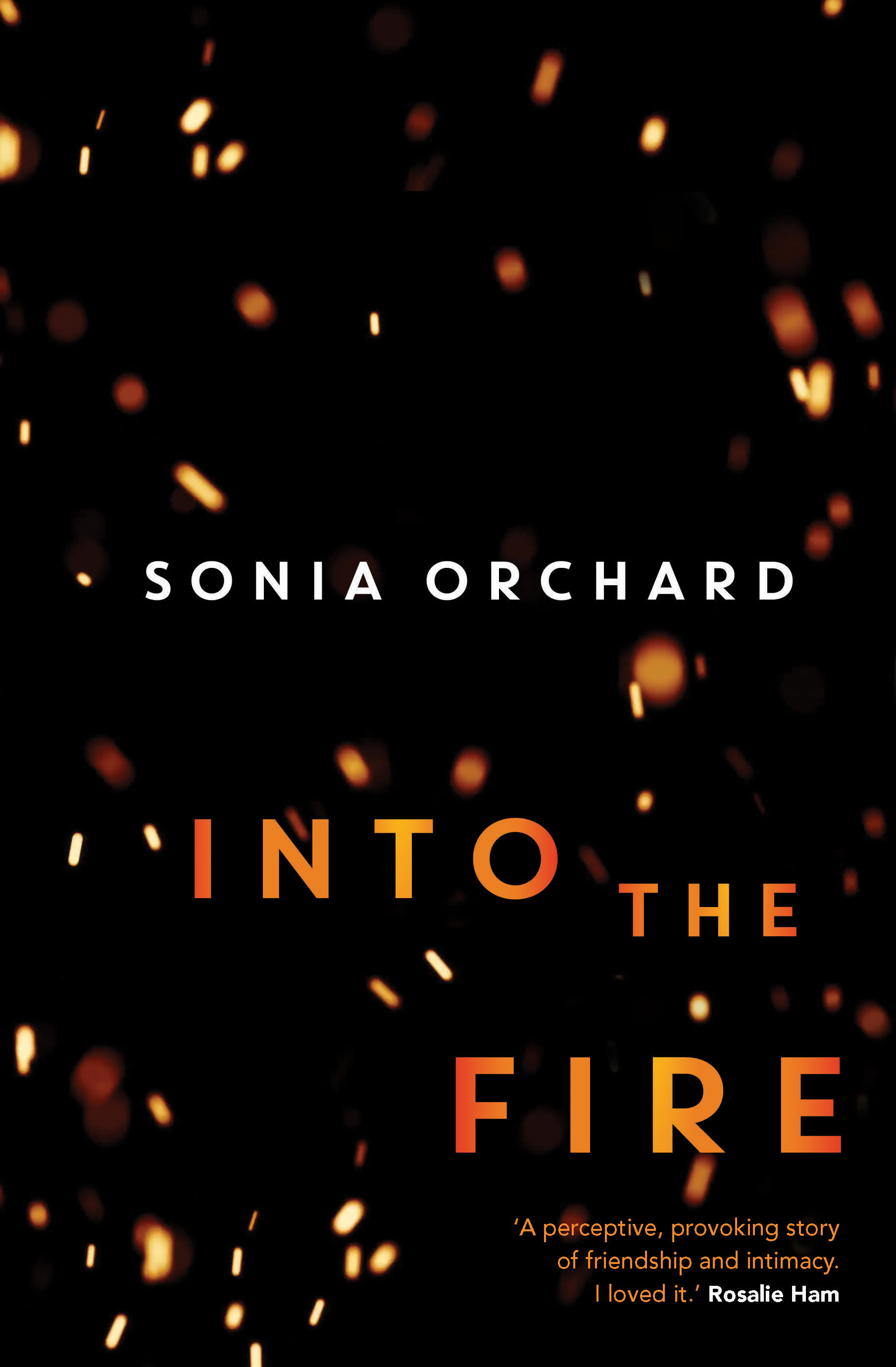 A year after her best friend died in a house fire, Lara can’t come to terms with the loss. Logic says there was no more she could have done to save the mercurial and unhappy Alice, but Lara can’t escape the feeling that she is somehow to blame for the tragedy.

She spends a weekend at the rebuilt house with Alice’s charismatic widower, Crow, and his three young children. Rummaging through the remains of their shared past, Lara reveals a friendship with Alice that was as troubled as it was intense. But beneath the surface is a darker, more unsettling secret waiting to be exposed.

Two major distractions impacted my review of this book and I must confess them upfront. One relates to the fact that Into the Fire cannot be described as crime fiction. Now in normal circumstances that’s not a problem. In this circumstance, however, the book came to me under the imprimatur of the Sisters in Crime so you can appreciate my preconceived notions. As it was I kept waiting, waiting, waiting for the crime to kick in which is a shame. I wish I had just picked up this novel in the bookshop, taken it home, and read with abandon. Instead, I think it’s page 160 (of my 272-page version) before a light whiff of something sinister became apparent beneath the overarching story, and I felt myself let out a breath of relief. But then it’s only really in the final 10 pages that author, Sonia Orchard, pulls back the cover on some ambiguous but nasty factoids, letting them contaminate the air just enough so let you finish the book with the hairs on your neck standing up.

My other confession is that I was distracted by the sound of Roberta Flack singing ‘Killing me softly’ each time I read. Talking about “Singing my life with his words” … I’ve never met Orchard but it’s pretty clear we grew up in exactly the same era, around very similar share houses, bars and neighbourhoods, in Melbourne. The detail she goes into, the accuracy of her descriptions – from milk crates doubling as furniture items to Nag Champa incense, right down to discussions with galpals about feminism 1990s-style – was so real to me that I kept going off on reveries. All of a sudden, I’d be walking the streets of Collingwood and Carlton or stopping into a favourite waterhole for a beer. It was pleasant but not fair on the book.

And it is a really interesting book. It charts something I have not read much about in fiction: the experience of the first generation of young women one could really argue did expect to have it all. Germaine Greer and co having theoretically done all the heavy lifting, these main characters, Lara and Alice, can settle in to enjoy the luxury of university educations, independent living, the contraceptive pill (or easy-to-organise terminations) and good job prospects at the end of it all.

Lara in particular has swallowed the Kool Aid and eschews the idea of motherhood and matrimony, which eventually undermines her deep friendship with Alice who heads into the country in full earth mother mode before her degree has even make it to the framers. And this is an era when the reality of life, as opposed to the fable of superwoman-hood, has yet to be confronted: yes, you can be a union leader, a playwright or a merchant banker, but you’ll still have to incorporate morning sickness, leaking boobs and teething rings into the schedule. Good luck with that.

And the men of the 90s are way behind in the feminist-evolution so Alice in particular ends up with one of those charming bastard-rogues who still likes to get smashed and play guitar while perhaps still canoodling with other women. Even the more career-minded, globetrotting Lara has her fair share of misogynists in her private and working world. Not to mention eventual adventures with fertility and relationships.

A lot of this book charts the ups and downs of a what I guess must be a decade or more-long friendship, at a phase in life when we’re getting to know – and often be disappointed by –  ourselves as well as others. I can’t say I really liked many of these characters which I know is such a boring comment but it made me struggle to engage. I just wanted to tell them to grow the hell up. Once again, perhaps this is the genius … they simply rang too true.

Orchard is a skilled writer. She likes detail and I dare say research but uses them deftly, to add texture and individuality, not to preach or bore. There’s something unpleasant and morally disappointing at the heart of this book which is how, as friends, we can bring out the worst as well as the best in each other. There’s also an interesting idea of what happens when you’re the primary care giver (as the Alice of the 90s was) and sinking beneath what looks a lot like severe mental illness while knowing three tiny creatures rely on you for their health and wellbeing. Not sure that’s something we’ve resolved in 2019.

So, perhaps this is not a crime novel in the conventional sense – unless you think it’s a crime to be a self-obsessed, high-horsed, 20-something who may or may not be lusting after your best friend’s partner – and then who among us is not guilty?