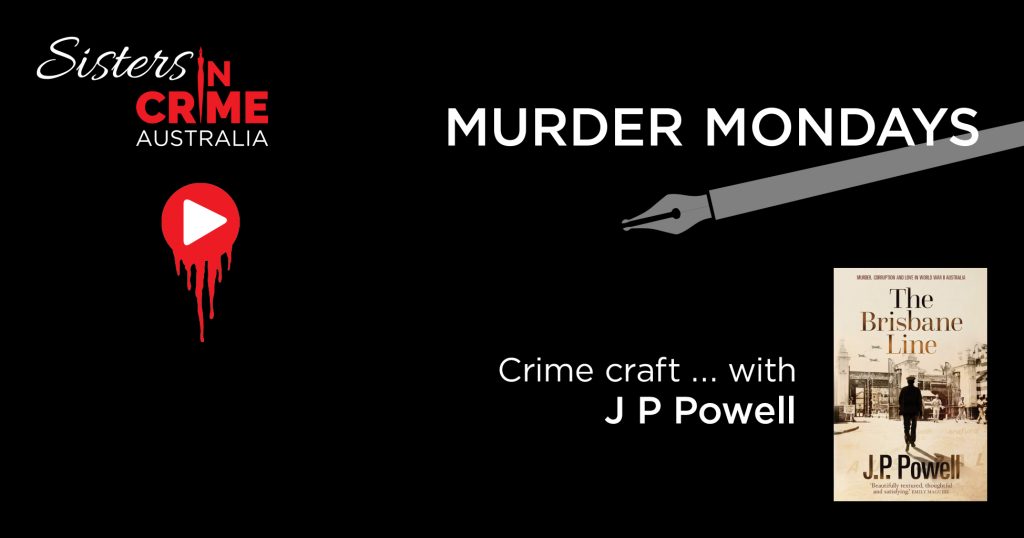 J. P. (otherwise known as Judy) lives in the Sunshine Coast hinterland and had a circuitous route to the deadly world of crime writing. She is an archaeologist and historian by trade. She has worked as a high school teacher, an academic, a National Parks officer, a museum administrator as well as excavating sites in Jordan, Cyprus and Greece. And she has led various historical archaeology projects in Australia.

Judy has written a hell of a lot – school textbooks, academic publications, government reports and a biography of Jim Stewart, the first person to teach archaeology in Australia.

And then came a wonderful break – in 2017 she was awarded a QANZAC Fellowship by the State Library of Queensland to pursue research into, and writing of, a series of crime novels set in Brisbane during World War II.

The first is the appropriately The Brisbane Line (Brio Books). (The ‘Brisbane Line’ was a defence proposal supposedly formulated during World War II to concede the northern portion  of the  Australian continent in the  event  of  an invasion by the Japanese.)