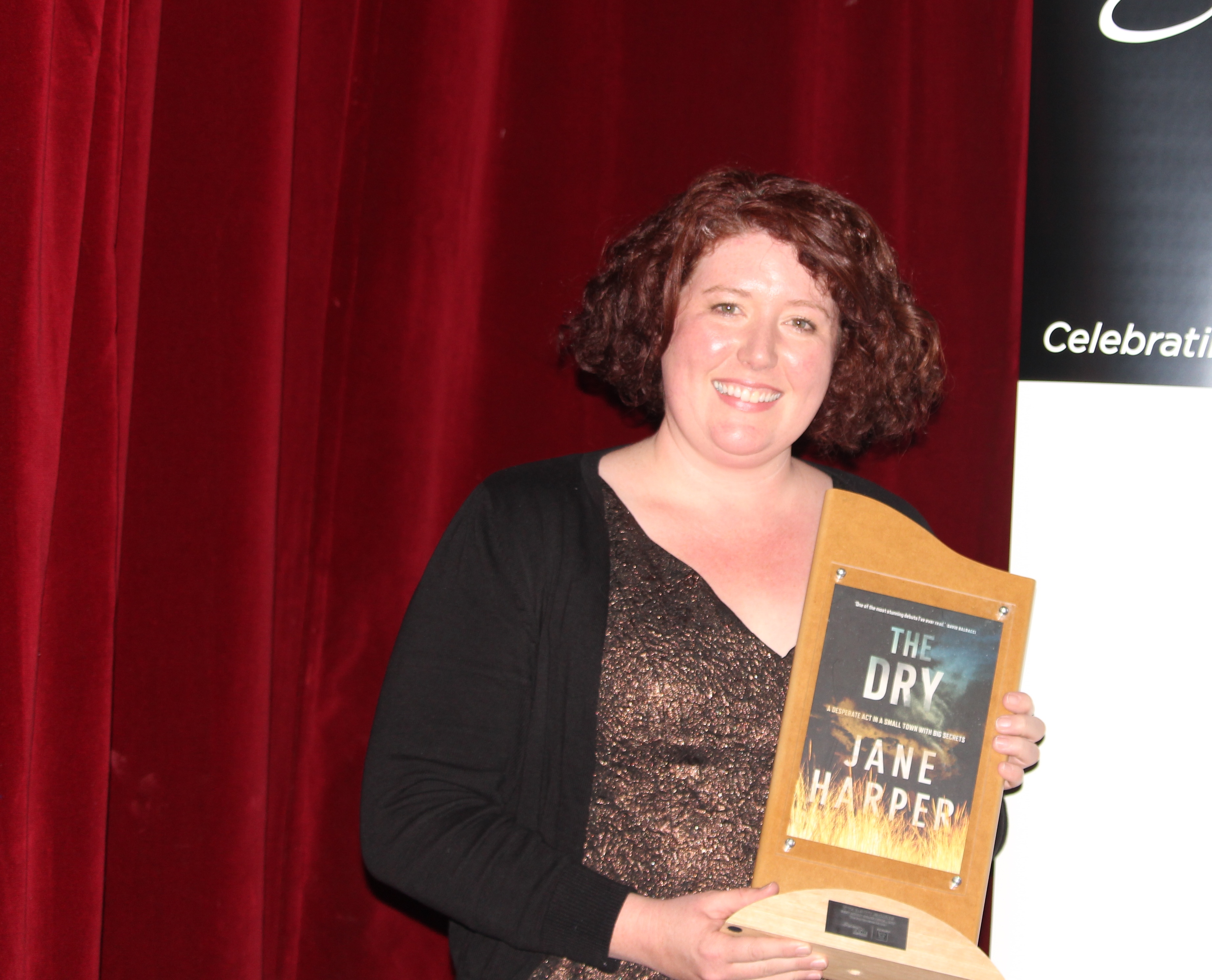 The Dry (Pan Macmillan) by Melbourne author Jane Harper took out two awards at Sisters in Crime’s 17th Davitt Awards for best crime books by women on Saturday night (26 August) at Melbourne’s Thornbury Theatre. Her debut novel won Davitts for Best Adult Novel and Readers’ Choice, as judged by the 600 members of Sisters in Crime.

It tops off a stunning award-winning run for Harper, a former Herald Sun journalist. The novel, which first won the 2015 Victorian Premier’s Literary Award for an Unpublished Manuscript, has gone on to scoop the 2017 Indie Award Book of the Year and the 2017 Australian Book Industry Awards Australian Book of the Year Award. Rights have been sold in 27 territories worldwide, and film rights optioned to US actor and producer Reese Witherspoon and her Australian co-producer Bruna Papandrea. 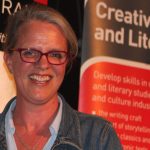 Jacqui Horwood, the Davitt Judges wrangler, said, “The Dry is an atmospheric and claustrophobic read that explores the complexities of life in a rural community through the lens of a devastating crime. The judges were impressed Harper’s tight control of the narrative and her well-realized characters. A well-crafted and delivered crime novel.”

Harper told the crowd,” No-one knows crime quite like the Sisters in Crime, so I’m thrilled that my novel has been singled out by such a discerning group. The Dry has been embraced in a way I never could have imagined when I started writing it, and I’m so grateful to the Sisters in Crime for championing not only this novel but all crime writing by Australian women writers. There are few groups more committed to their chosen genre and your enthusiasm breathes life and energy into books you support.”

Harper donated an advance copy of her new novel, Force of Nature, as a door prize. It was won  by Jess Byrne, who is doing part of creative PhD at the University of Adelaide on the Davitt Awards. 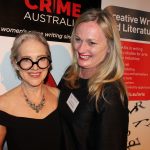 The multi-talented Hilary Bonney – a barrister, true-crime writer and television producer presented the awards before a crowd of nearly 100. She talked first about her ‘life in crime’, with Professor Sue Turnbull, who was appointed Sisters in Crime’s ambassador at its 25th anniversary convention last year. 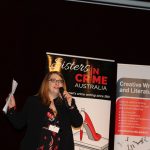 The major sponsor for the 2017 Davitts was Swinburne University of Technology. Dr Carolyn Beasley, the acting department chair of Media and Communication Department, said: “For us, it’s a bit of a no brainer. As flagship members of a diversity organisation called Athena Swan, gender diversity and support for the careers and cultural presence of women is critical for Swinburne, just as it is for the crime writing scene. So we are perfect partners in crime, or ‘coies’ as we’d be called in the slang of criminal culture.”

This year, 99 crime books by Australian women were in contention, a 14-fold increase from when the Davitt Awards were first presented in 2001.

“Every year the books get better and better,” Horwood said. “The self-assuredness of the debut writers – 30 in total – was a joy to behold. The judges loved that there were lots of brilliant crime and mystery books for children and young people, ensuring the next generation of crime readers. I truly believe we are in a new Golden Era for Australian women crime writers.” 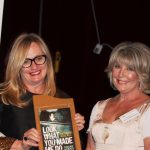 Megan Norris, a journalist with 35 years in news and six true crime books under her belt, won the Davitt (Non-Fiction) for Look What You Made Me Do: Fathers who kill (Bonnier Publishing Australia), through seven cases, involving 13 innocent children who died at the hands of their fathers who were seeking to punish their their mothers.

Norris, who recently moved from Melbourne to the Gold Coast, said, “True crime is never easy to write because there are no happy endings to any of my stories. So your recognition is encouraging after the countless nights I spent typing when the faces of thirteen little casualties who will never grow up kept me awake.” 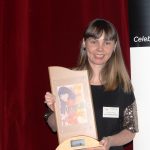 Geelong-based writer and editor, Shivaun Plozza, took out the Davitt (Best Young Adult Novel) for Frankie (Penguin Random House Australia). A darkly funny novel, Frankie explores the disappearance of a young graffiti artist and the angry, smart-mouthed girl willing to defy her friends, family and the law to find him. Frankie was highly commended in the Victorian Premier Literary Awards and is currently shortlisted for the CBCA Book of the Year and longlisted for the Gold Inky Award. It has also been published in the US. Plozza’s second novel, Tin Heart (Penguin Random House Australia), will be released in March.

Plozza said: “I wanted my main character to be like Philip Marlowe except seventeen, living in Collingwood and, well, a girl. I was trying to mix YA contemporary realism with a modern, feminist take on hard-boiled detective fiction.” 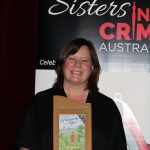 The Davitt (Best Children’s Book) went to Melbourne author and illustrator, Judith Rossell, for Wormwood Mire: A Stella Montgomery intrigue (HarperCollins Australia).  The first in the series, Withering-by-Sea, took out this award in 2015. Formerly a scientist, Rossell has written 13 books and illustrated more than 80, Her work has been published in the US, UK and has been translated into more than twenty languages. The judges reported, “This is the book we would have loved to have read when we are young.” 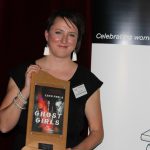 Cath Ferla was awarded the Davitt for best debut book for Ghost Girls (Bonnier Publishing Australia). Thirty books in all for categories competed for the award. Ferla is a Melbourne-based multi-platform writer with experience in journalism, television screenwriting and educational publishing, and has taught in Melbourne, Sydney and Beijing. She is currently undertaking a Graduate Diploma of Mandarin Chinese.

The judges praised Ghost Girls as “a highly original story that takes the reader into the darker side of Sydney and the world of the international student. The judges enjoyed Ferla’s evocation of place which took them into the sights, smells and sounds of Sydney’s Chinatown. Ferla impressed with her deft handling of pace and intrigue, and the judges are sure she will continue to deliver exciting and readable crime books. A superb debut.” 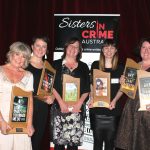