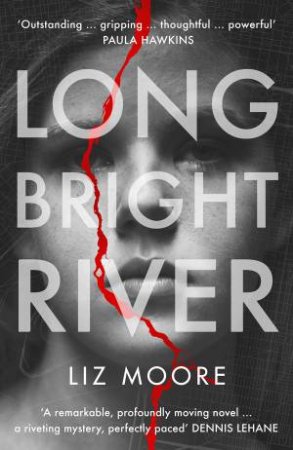 Mickey Fitzpatrick has been patrolling the 24th District for years. She knows most of the working women by name. She knows what desperation looks like and what people will do when they need a fix. She’s become used to finding overdose victims: their numbers are growing every year. But every time she sees someone sprawled out, slumped over, cold to the touch, she has to pray it’s not her sister, Kacey.

When the bodies of murdered sex workers start turning up on the Ave, the Chief of Police is keen to bury the news. They’re not the kind of victims that generate a whole lot of press anyway. But Mickey is obsessed, dangerously so, with finding the perpetrator – before Kacey becomes the next victim.

This is a beautifully written, but very, very, dark book about the slow collapse of American society. It focuses powerfully on a single urban slum where the collapse has already arrived, a place where outsiders only ever go for drugs and commercial sex. More narrowly, the book addresses the American opiate crisis, how it is destroying entire neighbourhoods, and one multigenerational family in particular.

This is a heartfelt and deeply engaging read. While the cover blurb gives the impression of a standard police procedural about the serial murder of prostitutes, the book itself is much more original and powerful than that. The narrator, police officer Mickey Fitzpatrick, is far from the cynical, wisecracking, flawed but dedicated police hero we have come to expect, who will save the day through patient investigation and brilliant deduction. She is a deeply damaged woman. For her, the deaths of opiate-addicted prostitutes mainly provide a background to her own painful reflections on her upbringing and her family, many of whom are dealers or addicts or both.

Mickey, in common with her police colleagues, doesn’t have the emotional energy to care much about dead prostitutes. They’re all on a slow suicidal slide towards oblivion anyway, and none of the police see much point in trying to do much about it. Mickey’s interest in each murder vanishes as soon as she establishes that each woman is not her estranged sister Kacey; her anxieties are not about a serial killer preying on vulnerable women, but only about whether Kacey will be the next victim. Mind you, it takes her a couple of months to notice that Kacey is missing, and then she makes only occasional half-hearted attempts to track Kacey down, clearly conflicted about whether she actually wants to find her.

Mickey’s journey towards an ambiguous, unsatifying, but highly believable denoument provides a context in which the author explores, and rejects, the idea – central to much crime fiction – that there are good and bad people in the world. Rather, as one character says (explaining chess to a small child), “They’re bad and good both, all the pieces. Depending.” Nobody in this novel is clearly good or bad. It is the nastiest of minor characters who shows the greatest moral courage, and one of the kindest characters who preys on young girls. So it goes. We are all like that, is the message, all finding ways to justify our choices and present ourselves in the best light. Mickey herself tells the reader, often, that she is a good person, that she is clever, a good mother, dedicated to her job. But her actions show over and over again that none of this is the case. Still, we understand that she does what she can in the circumstances she finds herself, and perhaps we wonder whether we would have done any better in her shoes.

The characters in this novel have an emotional believability to them that makes them hard to dismiss as fictional. It’s not a traditional crime novel, but it is an honest and disturbing read. I highly recommend it.