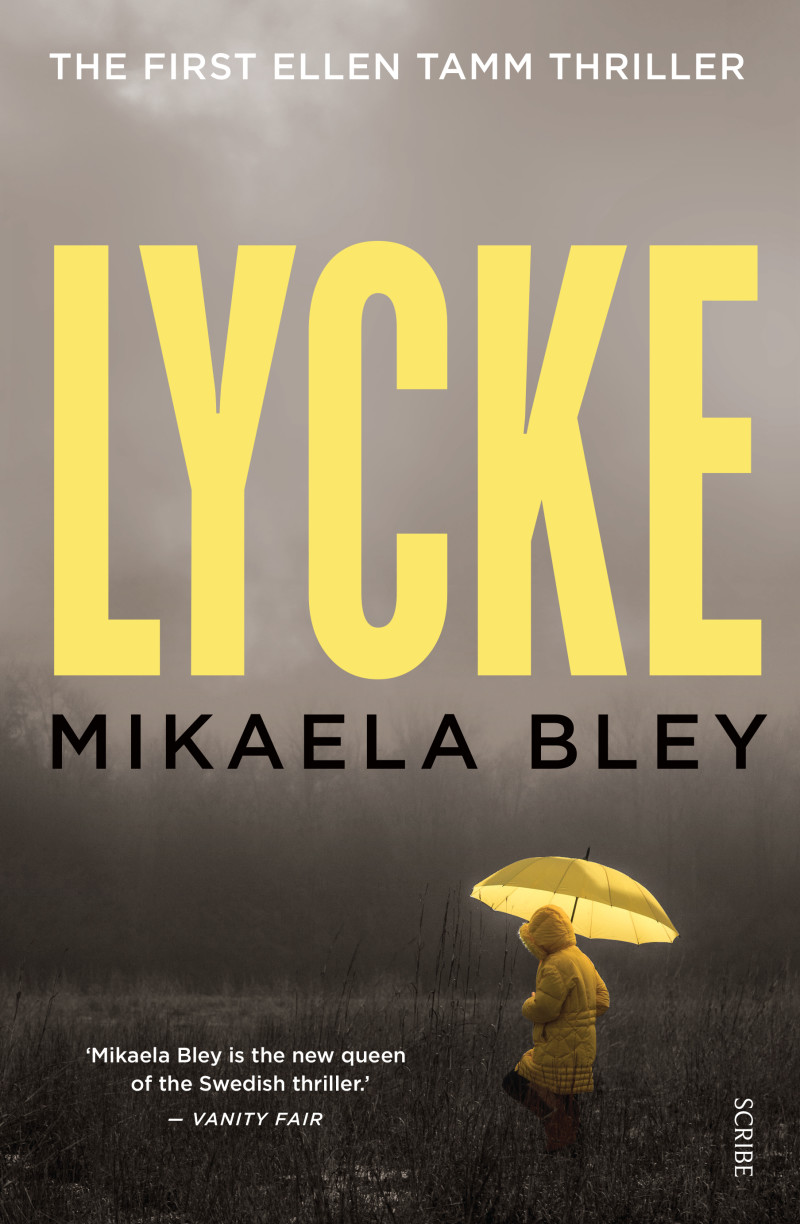 ‘Death, death, death,’ she whispered to herself. But it was already too late. The panic was growing inside her.

On a cold and stormy Friday in May, a young girl disappears without a trace from outside Stockholm’s Royal Tennis Hall.

The missing girl is Lycke, and assigned to report on her story is TV4’s hot-headed crime reporter Ellen Tamm. As the police begin their search, Ellen starts her own investigation, delving into Lycke’s life: her family, the nanny, the kids who taunted her at school.

As Ellen is drawn deeper into a tangle of secrets, lies, and betrayals – and frustrated by the odd behaviour of Lycke’s family, as well as corrupt police, her upstart new boss, and the disturbing threats being made against her – she becomes more and more possessed by the task she has been given, tortured by the echoes of her own past, of the darkness that haunts her.

Will she find Lycke before it is too late for either of them?

Mikaela Bley’s debut, Lycke, is the haunting first novel in the Ellen Tamm thriller series, and is an exciting new voice in Swedish crime writing.

This debut novel by Mikaela Bley grabbed my interest and drew me back each day as soon as work and home life would allow.

An eight year old girl is dropped off for a tennis lesson but is not there at the pick-up point later. She is reported missing to the police. An investigative newspaper journalist is assigned the story.

During her investigation the journalist is driven. She really wants to find the girl, and is concerned by police inaction – worried that they will not find the girl in time. As a reader I wondered about the drive, and the author cleverly reveals a parallel story that points the reader towards understanding. I found myself hoping the journalist succeeded in finding the girl.

The author presents five people: the girl’s parents and step mother, the tennis coach and the nanny as key players in the girl’s life; and weaves the threads of their history with the girl and their pasts well. The story presents the people surrounding the girl in a way that hides who has done what, the characters suspected each in turn. I thought I had picked the culprit, only to change my mind again, and again.

I reorganized my life while reading of this book, so that I was quickly able to read to the end, and find out what had happened. The reveal caught me by surprise.

I hope the author will write a second book so readers may find out more about the journalist’s backstory.