Publishers have to Friday May 1 to enter Sisters in Crime Australia’s 15th Davitt Awards for the best crime and mystery books by Australian women. 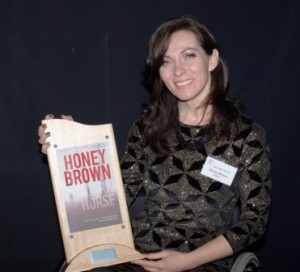 “Each year the judges are amazed by the high quality of writing amongst the women crime writers in Australia. Last year was memorable for a record number of entries for children’s mystery novels and the judges are hoping this trend continues.

“These books are the ones that encourage a new generation of crime and mystery readers. Many of us in Sisters in Crime spent our childhoods devouring Enid Blyton’s Famous Five and Secret Seven books – and it indelibly shaped (some may say warped) – our literary tastes.”

Horwood said that the Davitts have played a key role in getting women’s crime writing better recognised.

“The Davitts have also encouraged Australian publishers to take a punt on crime books produced by women locally, instead of just importing the latest blockbusters from overseas. It’s a gamble that has paid off.”

To enter the Davitts, email Carmel Shute, Sisters in Crime, National Co-convenor on carmel@shute-the-messenger.com by May 1 Enquiries: 0449 703 503