Val McDermid, Queen of Tartan Noir, is the first guest on the Sisters in Crime new video series, Murder Mondays, where talented women authors are interrogated about the craft of crime. 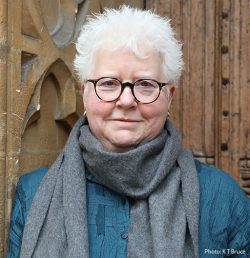 A very good friend of Sisters in Crime, Val McDermid has starred in six events with us here in Australia and we can’t wait until she can join us again in person. Meanwhile, she is put through her paces by Karina Kilmore, author, journalist and  Sisters in Crime national convenor. Val has 45 (yes, you read correctly – forty-five!) best-selling books under her belt, including the Tony Hill/Carol Jordan series made into the hugely successful TV series Wire in the Blood. Val’s latest novel, How the Dead Speak, is the eleventh in this series.

Subscribe to our new YouTube channel so you don’t miss a thing! Videos available Mondays at 6pm.