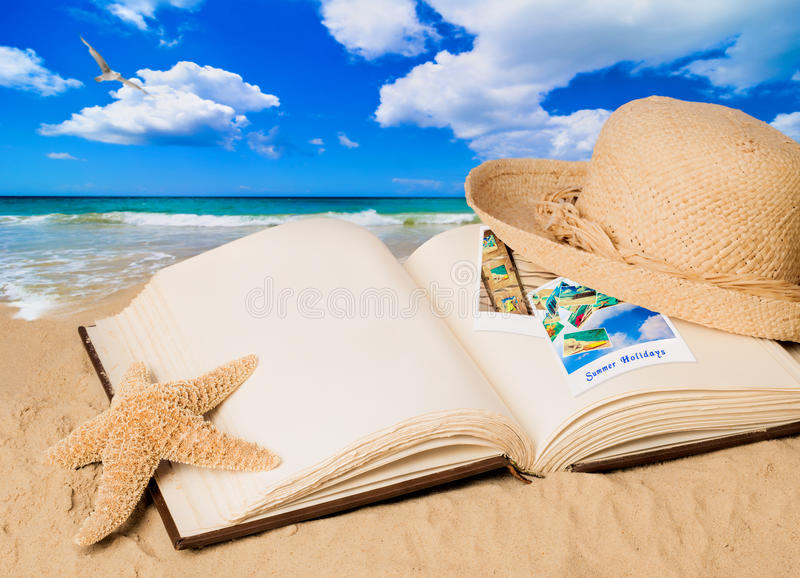 During the pandemic lockdown, overseas travel is out of the question and we’re lucky to take a walk in the local park even whilst observing social distancing. One of crime fiction’s many virtues is that it allows us to travel to exotic locations from the safety and comfort of the couch or bed. Sisters in Crime asked its author members and convenors to recommend a novel set overseas. 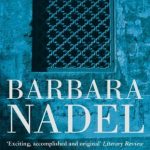 Barbara Nadel, Belshazzar’s Daughter: Inspector Ikmen #1 (Hachette 2000) : I read Barbara Nadel’s debut novel on my first visit to Turkey and fell in love with both the place and this original writer. Inspector Ikmen is one of my all-time favourite detectives: a loner in his large family, a Moslem atheist in a faithful land. His creator never shies away from the macabre and neither do her characters. Leonid Meyer is found murdered in his flat in Balat, Istanbul’s decrepit Jewish quarter, a swastika daubed on the wall in the old man’s blood. But Inspector Cetin Ikmen is quick to eschew the obvious conclusion that this is a racist attack. The evidence leads Ikmen and his young lieutenant, Suleyman, to a deeper conflict and hidden ambitions. 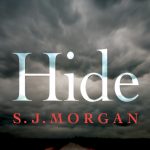 S.J. Morgan, Hide (MidnightSun Publishing, 2019): It’s 1983 in Thatcher’s Britain. Alec Johnston has left his comfortable family home in Cardiff and taken a flat with bikers Minto, Stobes and Black. There he meets Sindy, Minto’s strange and vulnerable young girlfriend. When she starts to view Alec as a possible saviour from her abusive relationship, it earns Alec a big target on his back. And so begins his nightmare. A gripping page-turner full of menace and atmosphere. It’ll keep you up all night. 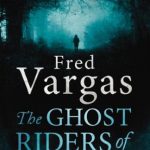 Fred Vargas , The Ghost Riders of Ordebec (Penguin Random House, 2013): Fred Vargas is an historian archaeologist known for her work on the Black Death which is rather appropriate in the time of corona! Her books are well written and quirky with an almost magical mystical aspect but ultimately a smart police procedural. Her characters are great, the stories complex and interwoven. From the moment of meeting the hero Commissaire Adamsberg (not exactly an obvious name for a French man), we are pulled into his team of interesting misfits, a statuesque woman to be reckoned with, a bulimic, one with a sleep disorder, two rivals, and as well into the new relationship with a recently discovered son. Into this we have a woman with visions of the Ghost Riders, heralding deaths, a man blown up in his car and a small-time hood who has been framed that Adamsberg saves… as well as saving a near dead pigeon. Believe or not, these all tie into together in a beautifully paced story that is never dull. 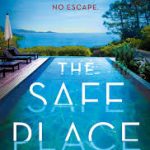 Anna Downes, The Safe Place (Affirm Press, 2020): Anna is a debut Aussie author, and her novel is a tension-filled psychological thriller set in Europe. A young woman with a failed acting career is invited to become the caretaker for a fabulous estate on the coast of France. But the circumstances of her employment are suspicious, as is everyone she meets at the property, and a sense of dread starts to fill her. 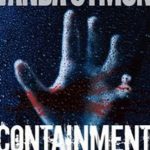 SHERRYL CLARK
Vanda Symon, Containment (Orenda, 2020): The third in the Sam Shephard series takes us to the New Zealand coast and a shipwreck, with containers spilling all sorts onto the sand, including a skull and some other weird stuff. Sam’s one of the first on the scene, and becomes involved in the case, pursuing it even when she’s told not to (like all good detectives!). Lots of great twists and turns to keep your brain spritely.

Agatha Christie, They Came to Baghdad  (first published Collins Crime Club, 1951): This was one of the first Agatha Christie novels I read. I was young and impressionable and was hooked by the adventure, mystery and romance set in a faraway exotic land. The robust spirit of heroine Victoria resonated in my preteen soul and I felt us women could achieve anything. 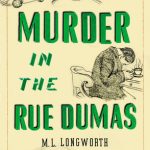 M L Longworth, Murder in the Rue Dumas (Penguin 2012): Second in a fabulous series set in the south of France at Aix–en-Provence. The author, Mary Lou Longworth, known as M. L. Longworth, is a Canadian author, born in Toronto and moved to Aix in 1997. She has been influenced by Barbara Pym, and her mysteries are like ‘intricate puzzles’. Longworth also teaches writing at NYU Paris. She is best known for her Verlaque and Bonnet series of detective novels. Death at the Chateau Bremont is the first in the series and a good place to commence reading the series although each book stands on its own. 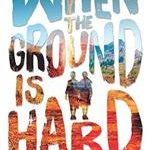 Malla Nunn , When the ground is hard (Allen & Unwin, 2019): This YA mystery set in a boarding-school for mixed-raced students in Swaziland in the 1960s just won the LA Times Book Prize for best young adult book. Deservedly so, in my opinion. It’s a fascinating, compelling and heartbreaking read, highlighting the various prejudices and hardships faced by mixed-race girls and women in Africa at that time. Highly recommended! 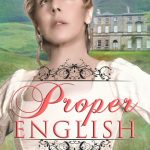 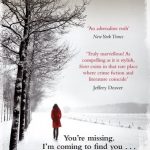 Rosamund Lupton, Sister (Little, Brown Book Group, 2010): Travel vicariously to the pre-pandemic days of London, when Beatrice’s Sunday lunch is interrupted by a frantic call to say her younger sister is missing. As she bounds a flight home to London (flights home! Imagine!) to search for her, she is stunned to discover how little she knows about her sister’s life. A tear jerking, spine-tingling debut thriller! 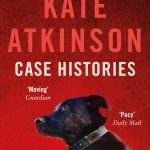 Kate Atkinson,Case Histories (RHNZ Vintage, 2018): In Case Histories, Private Investigator Jackson Brodie attempts to piece together three seemingly unconnected mysteries in Edinburgh. I love any book by Kate Atkinson, for her humour and for her unforgettable characters – and Jackson is one of those. Atkinson sums him up as a “lone detective who is a maverick, who is divorced, who has trouble with women but is still very much macho”. So he’s complicated, but good fun! Even better, Case Histories is the first book in a series of four – so Jackson may see you through to the end of lockdown. 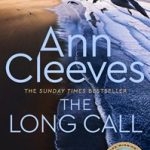 Ann Cleeves, The Long Call (Pan Macmillan, 2019): If you enjoyed the Shetland books and the inimitable Vera Stanhope, try Ann Cleeves’ The Long Call, her first book in a the new Two Rivers series set in North Devon, with new detective Matthew Venn who was bought up in a strict evangelical family and now returns home. As always, Cleeves is great on landscape and atmosphere, weird but somehow normal characters and the relationships are always very real. The journey is as good as the destination in her writing. And you can listen to her Desert Island discs here . 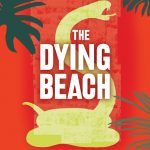 SUE MORGAN
Angela Savage, The Dying Beach (Text Publishing, 2013): When a tour guide’s body is found floating in the shallows on the Thai island of Krabi, Jayne and Rajiv are pulled into a case that the police have already decided isn’t one. This book was a real page-turner, and I loved the depiction of life in this small island in Thailand. Very much a dark tale in paradise. 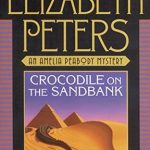 Elizabeth Peters, Crocodile on the Sandbank (Grand Central Publishing, 2013): This is the first in a series of 20 historical mysteries from real-life Egyptologist Elizabeth Peters. If you love this first instalment in the Amelia Peabody series, the good news is there are 19 further investigations featuring this Victorian adventuress of unshakeable self-confidence. Your days of self-isolation will fly by. 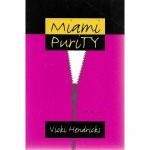 Vicki Hendricks, Miami Purity (Pantheon, 1995): Tired of being so law-abiding you daren’t eat a kebab on a bench, let alone kill your significant other with a boom box? Frustrated by social distancing cancelling all your hot, murderous sexual affairs? Is home schooling getting you down? Well, take a noir vacation to steamy 90s’ Miami and live vicariously through ex-stripper Sherri Parlay in one of my favourite books ever, a novel James Ellroy describes as “white hot…An instant redneck idiot savant classic: so gruesome and funny and deadpan outlandish that you wind up baying at the moon like a Florida coondog”. 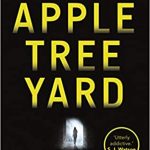 Louise Doughty, Apple Tree Yard (Faber and Faber London, 2013): It was also made into a miniseries for TV. I discovered this book well before the miniseries and it has never left me. Here’s part of the Guardian review which I agree with:

“A respected, middle-aged, married scientist meets a stranger and experiences such a powerful attraction to him that, moments later, she has sex with him in a public place without even learning his name. Is this the thrilling explosion of a passionate nature, long held in check by the demands of propriety and duty? Or a shocking display of moral lassitude, evidence of a wanton character? The answer, of course, will depend on who is making the judgment and – most crucially – the context in which this story is being recounted. When the context is the Old Bailey, and the story is told to the jury about the accused in a murder trial, the act acquires a significance its participants could never have imagined in those hot, heady moments of their first encounter, drawing preconceptions and prejudices like iron filings to a magnet.” 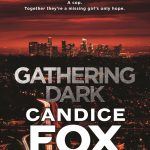 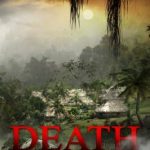 J M Allsopp  Death by Tradition: Fiji Islands Mysteries 2 (Coconut Press): The second in the wonderfully atmospheric series set in Fiji. Police detective and former Rugby star, DI Joe Horseman, and his resourceful partner DS Susie Singh are called on to investigate the murder of a young activist in the highlands of Fiji. I enjoyed every minute – fine writing, fascinating plot and so many insights into life on one of our nearest neighbours, and even a bit of romance. Everyone is so incredibly polite – we (especially yours truly) could learn a lot from Fiji! This series is self-published but cries out to taken up by a mainstream publisher. 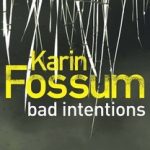 Karin Fossum, Bad Intentions (Vintage, 2011): While this is the seventh of Fossum’s Inspector Sejer novels set in Norway, it is not a police procedural, but rather a psychological crime story that explores how a bad choice puts pressure on the long friendship of three young men and leads to further tragedy. Credible characters and situation, written with empathy. 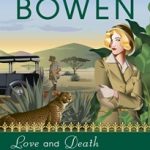 Rhys Bowen, Love and death among the cheetahs (Penguin 2019): The latest instalment in The Royal Spyness series (set in the 1930s) takes the newly married Georgie and Darcy to Kenya and straight into the dubious high life of the ‘Happy Valley set’ but there are darker forces at work and soon enough a murder to solve. Bowen’s books are light reads in the good old ‘cosy mystery’ style. Perfect for curling up on a cold winter’s afternoon in isolation. 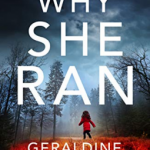 Geraldine Hogan, Why She Ran (Detective Iris Locke #2) (Bookouture, 2019): Run from lockdown to the Comeragh Mountains in Ireland with Why She Ran, a gripping Irish thriller than can be enjoyed as a standalone though it is the second book in the Detective Iris Locke series. Eleanor Marshall is a girl from a privileged family who should be enjoying an enviable lifestyle, instead of being locked away with other delinquents. And she should be completely safe and secure. But after the young nurse supervising her is brutally murdered one night, Eleanor runs to the nearby mountains. Is she the murderer or in grave danger? 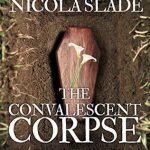 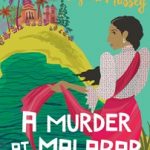 Sujata Massey, A Murder at Malabar Hill (Allen & Unwin 2020): Introducing Miss Perveen Mistry. This courageous, likeable and determined young lawyer-turned-sleuth will appeal to readers of Phryne Fisher in a stunning combination of crime and mystery set in 1920s’ Bombay. Wonderful way to learn more about women’s lives in Bombay and it will transport you far away from the reality of lockdown, zoom meetings and home-schooling…