Never, never, ever say your book can’t debut as No. 1 on the New York Times bestseller list 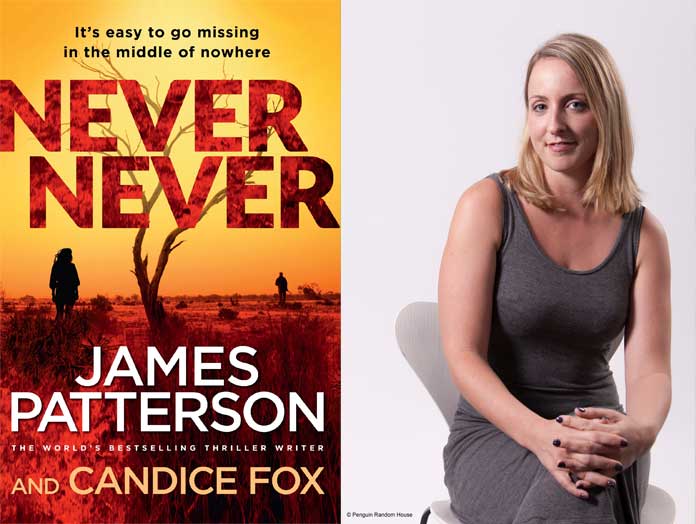 Released in Australia in August 2016, Never Never sees Sydney detective Harriet ‘Harry’ Blue sent to a West Australian mine to investigate the disappearance of a FIFO worker.

James Patterson currently holds the Guinness World Record for the author with the most New York Times best sellers. On working with Candice, Patterson said she is “a bright new star of crime fiction – Candice Fox’s writing is inventive, thrilling and totally addictive. It has been such a pleasure to work with her on Never Never.”

Candice said, “It’s beyond anything I could have imagined. When I was a kid, and I dreamed of being a writer, it was never so grand, so awesome. I’m so honoured and excited, and I’m very pleased to be able to share this achievement with a truly great writer and a very good friend, James

This week sees the release of Candice’s new novel, Crimson Lake, which has so far been praised by James Patterson, Harlan Coben and Lee Child.