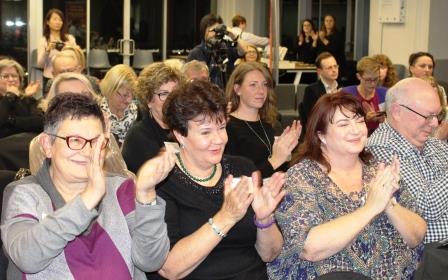 In her Secretary’s report, Carmel Shute, paid tribute to Michaela: 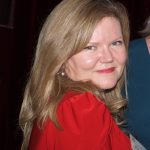 ‘Michaela Lobb, our event coordinator, has done such a fantastic job – on membership, but most especially on our big events, such as the Davitts, the Scarlet Stiletto Awards and Law Week  Michaela has a new job and is not standing as a convenor this year.

However, she has kindly agreed to do special projects. She is already planning to do a special e-book of Youth stories from the Scarlet Stiletto Awards. The Youth Award celebrates its 25th anniversary next year. Back in 1995, Deborra-Lee Furness presented the inaugural Allen & Unwin Youth Award to eight-year-old Carolyn Harding-South for her (heart-felt) story, “The Axe-Murderer Casualty Teacher”. Carolyn will now be 32 and we’re hoping she still has a copy!! Michaela will also stay on a Scarlet Stiletto judge.’ 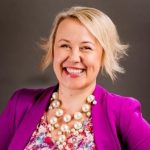 New convenor, Tara Mitchell, grew up in Adelaide, aka ‘Strange Murder Capital of the World’, which meant an interest in crime was somewhat inevitable. Initially unsure of how to translate this into a career, she qualified as an economist and administrator at university, but then decided against boring people to death for a living.

Finding the wine trade (the other great industry South Australia is famous for) far more interesting, she found a new passion for fermented grapes, which has taken her around the globe. 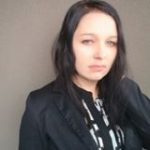 Maryann Webb, the other new convenor, is a writer of crime, thriller, suspense, drama and horror. She is currently studying a Master’s Degree in Psychology, enlisting coffee and Unicorno’s as a reward system.

Working with universities, retailers, NGOs and most things in between, she champions digital transformation and marketing projects.

You can catch her on Twitter tweeting mostly about bookish stuff @marswebb1 and reviews on www.thebookreviewery.com as an excuse to buy more books.

The first 30 people to join or renew their membership before then will be eligible for a free copy of Accidental Death by Robin Bowles (Scribe Publications); Waiting for Elijah by Kate Wild (Scribe Publications); The Phillip Island Murder and The Frankston Murders (both Clan Destine Press) by Vikki Petraitis. Many thanks to the publishers for donating copies of these books.

You can join or renew here.