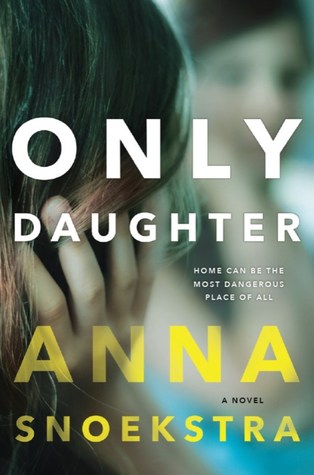 She’d been enjoying her teenage summer break: working at a fast-food restaurant, crushing on an older boy and shoplifting with her best friend. Mysteriously ominous things began to happen—blood in the bed, periods of blackouts, a feeling of being watched—though Bec remained oblivious of what was to come.

Eleven years later she is replaced.

A young woman, desperate after being arrested, claims to be the decade-missing Bec.

Soon the imposter is living Bec’s life. Sleeping in her bed. Hugging her mother and father. Learning her best friends’ names. Playing with her twin brothers.

But Bec’s welcoming family and enthusiastic friends are not quite as they seem. As the imposter dodges the detective investigating her case, she begins to delve into the life of the real Bec Winter—and soon realizes that whoever took Bec is still at large, and that she is in imminent danger.

In 2014 Anna Snoekstra came to Sisters in Crime’s attention when her short story “Out Came the Sun” was joint winner of the Liz Navratil Award for Best Story with a Disabled Protagonist. Now, in late 2016, with her debut novel just published in something like 19 countries and a screenplay (by Erin Cressida Wilson) in preparation for Universal Pictures, Snoekstra is positioned to catch the attention of millions of crime story consumers. And as if that’s not enough, Only Daughter will appeal to a variety of demographics.

As Snoekstra said in an interview published in The Saturday Paper, her “roots are in film”, and she has come up with a clever, twisting plot-line that should work well as suspense cinema. Lovers of classic film noir, old suspense thrillers (e.g. Hitchcock’s Rebecca) and recent domestic noir movies such as The Girl on the Train (adapted from the novel of the same name) will appreciate the emphasis on women’s and teenage girls’ relationships. They will also relish Snoekstra’s variants on ploys such as gaslighting (manipulative mind-gaming and hoaxing that undermines the victim’s self-confidence and certainty of her own sanity).

Readers of Young Adult fiction will like the fact that 50 per cent of Snoekstra’s novel is told from the point of view of a ‘relatable’ Canberra girl living an unexceptional suburban life in 2003.  Those with an eye for recurrent Australian themes can enjoy Snoekstra’s fresh take on same-sex adolescent friendship, chronic liars, and the missing child/youth trope, with a serve of bushfires on the side. Anyone steeped in traditional tales will recognise traces of perennial storylines: offspring feared abducted, unorthodox mothers and fathers, return of the missing, Bluebeard’s vanished wives, look-alikes and imposters. And finally, fans of creepy horror material will find content to their taste. Think secret spells in dark, spider-infested rooms, zombie-like adults, mentally ill neighbours, stalkers, anonymous threatening text messages, and sick tormenting of family pets.

Readers hoping for explicit sex scenes won’t find a great deal of satisfaction in Only Daughter. Snoekstra’s teenage characters’ bouts of self-consciousness, attraction, scheming and disappointment are recognisably and likably described. But with mainstream-film-minded Snoekstra being careful to point out that her chief teenage character is 16, things are not going to progress beyond peeking and kissing. There is one adult bedroom scene, however. It plays out between the 25-year-old woman who narrates the 2014 chapters of the novel and a pleasant guy who’s incensed by Australia’s treatment of refugees. (This refugee referencing seems gratuitous in a book that otherwise shows no interest in socio-political concerns even though almost all its action takes place in the national capital.)

Devotees of police procedurals, forensic investigations and media-led campaigns won’t be thrilled either. Snoekstra’s picture of public and private enterprise personnel at work in 2003 and 2014 is unconvincing. And anyone who values conventional use of tenses in English prose should be prepared to grit their teeth.

All in all, Only Daughter is a clever piece of plotting suitably narrated as a novel. It’s in tune with the entertainment preferences of today and should enjoy considerable commercial success. I’ve read that Snoekstra has completed a second novel and I look forward to seeing her skills at work again.