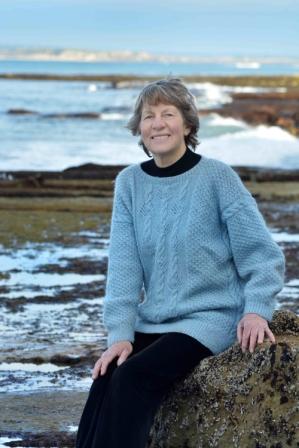 Through A Camel’s Eye is set mainly in Queenscliff on Victoria’s Bellarine Peninsula, a mystery with a strong sense of place, in the small town tradition, contrasting an idyllic setting with the gravity of murder. The story opens with the theft of a camel and the discovery of a black coat in the sand hills, then moves by stages to a murder investigation.

Dorothy is the author of nine published novels, including a quartet of mystery novels set in Canberra. The first of her mystery series, The Trojan Dog, was joint winner ACT Book of the Year, and The Age gave it its ‘Best of 2000’ in the crime section. It was highly commended in Sisters in Crime’s inaugural Davitt Awards in 2001. The second, The White Tower, was also published in Australia and North America, and the third, Eden, appeared in 2007. All three featured the cyber-sleuth Sandra Mahoney and her partner, Ivan Semyonov, along with Detective Sergeant Brook, of the ACT police. The Fourth Season, the last book in the quartet, was published by Wakefield Press as an e-book in 2014.

Through a Camel’s Eye will be officially launched by