“It was a night of magic and inspiration,” said Carmel Shute, Sisters in Crime national co-convenor. “The support for women’s crime writing was so strong you could have cut it with a knife or, better still, a stiletto.” 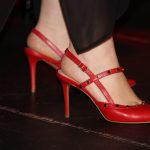 Pairs of stilettos with flowers adorned every dinner table. Large stiletto cut-outs decorated the Velvet Room. Many women rose to the occasion by wearing red (or black) stilettoes.

Horsley was awarded the Swinburne University of Technology First Prize ($1500) for “Darkness in the Port”, a story about domestic violence and Jazz, a young and homeless girl who roams the streets of St Kilda and Port Melbourne, surviving on the goodwill of local characters and the bookish nutrition of regional libraries. Horsley was also presented with the coveted stiletto trophy, a scarlet stiletto shoe with a steel stiletto heel plunging into a mount.

Horsley said that back in May she was down at her Otway shack, sitting at her computer trying to do some “real” work, when the story just demanded to be written.

“The first draft was done in just one day, and then I just needed to go back to Port to check out my memory of the setting – it’s where my Mum lives,” she said.

“The story is my first foray into fiction writing, prompted by the death of my dear friend and Sisters in Crime co-founder, Maryann Metcalf. Like my character, Jazz, I believe in the power of books to get us through the tough times, as well as entertain us, educate us, and shape our dreams.” 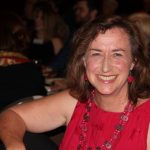 Short story guru Cate Kennedy, winner of the first two Scarlet Stiletto Awards in 1994 and 1995, made an hilarious presentation, entitled ”These heels are made for walkin’”. She admitted that she’d never been a girl to wear stilettos.

“Firstly, because I have size 11 feet, and most stilettos made in my size are designed for drag queens and feature a lot of patent leather. Also, having shoes that pinch and stop you running across the street has always seemed a bit of an impediment. Which is why these shoes I’m wearing tonight are actually orthopaedic Homy Peds, from their formal range. I don’t get out enough to justify wearing anything else.

“Which is why I’ve come up with an alternative trophy [that] I’ve christened the ‘Scarlet Scuff’” award. The base is a packet of Tim Tams.”

After a stinging attack on V. S. Naipaul who condemned women writers for their “sentimentality” and “narrow view of the world”, she led the crowd in singing “These shoes were made for writing”, a spoof on the Nancy Sinatra standard. (Click here to read the full speech.)

Kate Atkinson, who presented the major awards, also had the audience laughing during her interrogation about her ‘life in crime’ (and much more) with Jane Clifton, actor, musician, crime author, marriage celebrant and Sheba driver.

This year 201 stories competed for $9,760 in prize money plus the scarlet stiletto trophy. Twenty-three authors were shortlisted for a total of 13 awards. Nineteen shortlisted authors attended the awards ceremony. 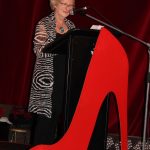 Phyllis King presented the Judges’ Report: “Some of you will be aware that in past years, the judges have been surprised by a theme which has run through a number of stories e.g. one year involved cats in various guises and, another year, mothers strapped in their babies and headed out to investigate. We have seen disposal of unwanted husbands in a multitude of imaginative – and often painful – ways.

“While this year we didn’t have a theme as such – other than, sadly, the ever-present one of domestic violence – authors did take particular pleasure in exacting a Most Satisfying Retribution. As usual, the ingenuity used to find Bodies in the Library was impressive and stories gleefully crossed genres into various times and space.” 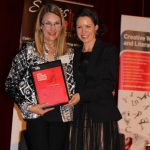 Cheekily, the murder in “Deadly Ernestine” occurs in the Melbourne Athenaeum Library. Ross has co-authored two true crime books and has won numerous prizes in the Scarlet Stiletto Awards. She is working on her first crime novel. Ross also runs a boarding cattery to make ends meet. 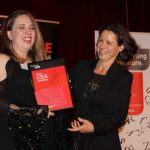 It was also a bumper night for Kat Clay (Footscray, Vic). Her story, “Lady Loveday Investigates” won the Kerry Greenwood Malice Domestic Award ($750), the Sun Bookshop Third Prize ($500) and the Athenaeum Library Body in the Library runner-up prize ($500). Clay is the author of Double Exposure. In 2017 and was longlisted for the CWA Debut Dagger award for her unpublished novel, Victorianoir. 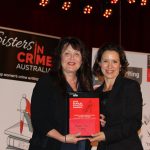 The Every Cloud Productions Mystery with History Award ($750) was awarded to Jenny Castles (East Brunswick, Vic) for “The Poe”. Castles has worked as actor and is now an editor for children’s books and a ghost writer for adults. She is the author of four picture books and co-authored a book about the final days of Ned Kelly with her late father. 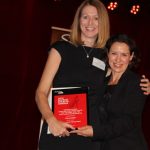 A brand-new award, the Writers Victoria Crime and Punishment Award for the story with the most satisfying retribution, went to Lisa Louden (Larrakeyah, NT) for “Starfish under Falling Water”. The prize, worth $660, is a three-month residency at Old Melbourne Gaol. A former television and radio news producer, journalist and editor, Louden, a former Melbourne resident,  has also worked in corporate communications and volunteered as MD of an animal foundation. She’s currently writing her first novel and has just completed a Curtis Brown Creative course. 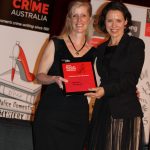 The Harper Collins Romantic Suspense Award ($500) went to Sandi Wallace (Mt Dandenong, Vic) for “Fire on the Hill”. Wallace took out the same award in 2016 and has won a number of other Stiletto awards over the past six years. She is currently at work on the fourth instalment in her rural crime series, along with a standalone psychological thriller. 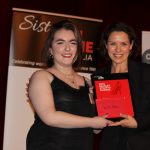 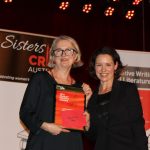 The Scriptworks Great Film Idea Award ($200) was won by Helen Richardson (Faulconbridge, NSW) for “The Stand-In.” Helen is a part-time editor and freelancer. Her stories have been published in Sleepers’ Almanac, The Great Unknown (ed. Angela Meyer), The Big Issue Fiction Edition and Pigface and Other Stories (ed. Ryan O’Neill), amongst others. She is currently working on a YA novel. 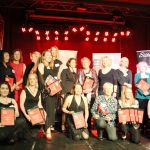 The judges decided not to award the Liz Navratil Award for Best Story with a Disabled Protagonist ($400), sponsored for a 5th year by the Queensland Chapter of Sisters in Crime.

Scarlet Stiletto: The Tenth Cut (ed. Phyllis King), a collection of the 2018 winning stories, are available from Clan Destine Press as an e-book for $4.00: lindy@clandestinepress.com.au or Itunes, Amazon and other platforms for $4.99.

Here is the full script with  details of  the authors and their stories. 2018 Scarlet Stiletto Awards script (website)