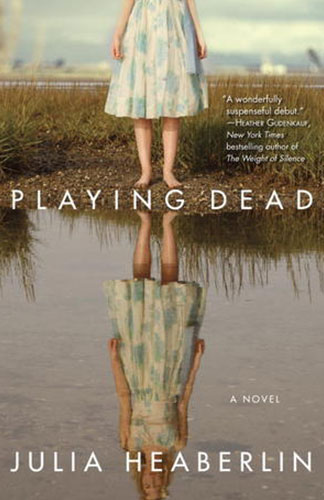 Author: Julia Heaberlin
Publisher: Ballantine Books – The Random House Publishing Group
Copyright Year: 2012
Review By: Phyllis King
Book Synopsis:
What if your whole life was a lie ? That’s the question torturing child psychologist Tommie McCloud after she opens a stranger’s letter only days after burying her father. The woman claims that Tommie is her child, kidnapped thirty-two years ago. Suddenly, a deeply rooted Texas girl finds herself linked to a horrific past: the slaughter of a family in Chicago, the murder of an Oklahoma beauty queen and the kidnapping of a little girl named Adriana. With everything she has ever believed in question and a stalker determined to stop her, Tommie must discover the truth about her family’s secrets and the girl who vanished.

‘Dear Tommie, Have you ever wondered about who you are?’

This is the beginning of a letter received by Tommie McCloud a few days after the death of her father. Unfortunately her mother is in the latter stages of dementia and is unable to help. So Tommie must decide whether she will ignore the letter, which may well be from a crank, or whether she will attempt to find out if there is any basis to it.

This is the underlying premise of the story. Set in Texas, the sense of place is well-done and there are enough twists and turns to hold the reader’s interest. Tommie has a sister and niece and when their lives appear to be in danger, her mind is made up. She must find the truth.

You can probably see the ‘however …’ coming now. Tommie is supposedly the clever one of the family but she does some really stupid and reckless things – repeatedly. She puts herself into increasingly dangerous situations. But, hey, it’s okay, a man always appears in the nick of time to rescue her.

This is a debut novel and it holds great promise. Let’s hope that if there is another, the heroine has taken some self-defence lessons and gained some common sense.