Q&A with Mikaela Bley: A welcome addition to the Nordic Noir stable 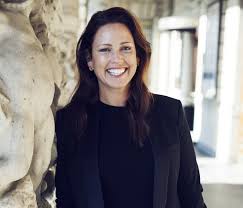 Sisters in Crime National Co-convenor, Robyn Walton, spoke to Mikaela about her debut Swedish thriller, Lycke (Scribe Publications), which will be discussed at Sisters in Crime’s Nordic Noir event on 30 June in Melbourne.

Hello Mikaela. Congratulations on your excellent sales figures and the many favourable reviews you’ve received for Lycke.

Thank you so much!

Your novel references the Madeleine McCann child-disappearance case. Your protagonist Ellen, who is a crime reporter for a TV channel, maintains a home library of records of real-life criminal cases. Her colleague Ann, nicknamed Agatha, reads mystery novels. As a novelist and former commercial TV employee, do you find it easy to devise a mix of topical subject matter and crime fiction conventions?

I have always been fascinated by dark stories. While my friends were playing in bands and watched Beverly Hills 90210, I read books, studied whatever crime investigations that I could get my hands on, and watched documentaries about crimes. I’m interested in exploring the psychology behind a crime. What it is it that drives the person behind it? We can all relate to negative emotions, but what is it that actually makes us lose control over our actions and commit a crime? I have studied a lot of true crime, and read a lot of fiction about this subject. My stories are based on a mix of a lot of different true stories and what’s going on in my own head.

Soon after we first encounter Ellen you show her feeling uncertain in the presence of her editor-in-chief, Jimmy. What is going on between these two?

Ellen has a dark past, something she has not faced yet. And it’s something that has a great impact on her daily life and her actions, and she has difficulties in letting anyone close to her. With Jimmy, it was something different, he managed to ease her up a bit but then he let her down as well. But in the end, Jimmy is a good guy and their story will evolve in this series. 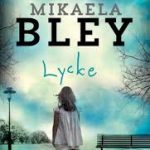 Harald, the father of missing girl Lycke, is a man Ellen finds attractive. Can you tell prospective readers a little about him?

She finds him attractive at first, but soon she realises he is a weak man who lets the women around him tell him what to do and how to act. As a father, he has a lot to work on.

Petter, the girl’s tennis coach, is “no gentleman” in Ellen’s eyes. But she persists with her questioning of him because he may have valuable information. Any comments on writing a character like that?

He’s shallow, rude and “too” honest — I don’t think we are used to that kind of direct dialogue. Someone who works with children should not behave and act like he did. There are so many people in this book who let Lycke down. Grown up people who should have seen the signs!

Your novel’s action takes place in one week in May, around Mothers’ Day, so let’s talk about mothers and mother figures. Do you have any remarks about this choice of emphasis?

Family is an essential part of Lycke. I have always been fascinated by violence, negligence, abuse and murders within the family. And I think the reason for that is because it’s such a fine line between love and hate that most of us can relate to it in one way or another. I think you can both sympathise with it, as well as feel hatred towards some of the characters in Lycke, and that’s what makes it so complicated and sad. Everyone has a story and it all begins within the family. It’s important to know someone’s story, in order to be able to understand that person. What happens when a child is left on its own and is betrayed by parents and other people around them? The lack of love could be devastating.  As a mother and a fellow human being, I have such a hard time understanding how some people treat their kids and other kids around them.

Ellen has sporadic interactions with her middle-aged mother. Their relationship has been tense for years. Any thoughts on relations between young professional women and their mothers?

Unfortunately, I think there’s a lot of jealousy between mothers and daughters and a lot of misunderstandings too. It’s so sad when we can’t communicate and try to put ourselves in the other person’s perspective. The idea that a mother could be jealous of her own daughter paints a picture of a monster. I have a hard time to relate to this and I think I’m trying to understand what the underlying causes are.

You also depict several cases of difficult relations between young adult women and their daughters/step-daughters/girl babies. Mothering can be more challenging than anticipated?

I’m interested in exploring the psychology behind a crime, and within that frame it’s primarily women, their role and the way that they act and are treated that fascinates me the most. When a woman breaks the old fashioned norm of being motherly and good it still turns everything upside down and we try to get it back to order by categorising her as either mad or bad. But is it really that simple? No, and that was the first essence and beginning of a story that evolved over time in my head.

In your acknowledgements you mention your two grandmothers. Ellen lives in a building owned by her grandmother, and a sympathetic older woman is an important character in Lycke. Would you like to say anything about the significance of older women in your thinking and experience?

For myself I find it a lot easier to talk to my grandmother than my mother. Maybe there are no expectations in that relationship. It’s more simple. My next book is even dedicated to my grandmother.

Sisters matter too. Ellen has lost her sister. She thinks about the famous author Astrid Lindgren who, as she aged, used to begin her conversations with her sisters with the words “Death, death”. Any comment?

Ellen says these words when she tries to stop a panic attack. Astrid Lindgren always started her conversations with her sisters with “Death, death …” to deal with all the dark emotions in the beginning of the conversation and then leave that behind to start talking about more ordinary things. I liked that and Ellen is trying real hard to do the same.

Ellen’s colleague Philip refers to her driving around in her pink Porsche as driving in “pink mist” (blood residue). Considering he’s a witty, outspoken character, should she take him seriously?   She doesn’t, Philip is her best friend and she knows he’s worried about her. She’s drawn to death in a self-destructive way and he’s just trying to make her understand with this metaphor.

When Lycke was published in Sweden, your publisher promoted the novel as a change from what he described as the typical gloomy Nordic crime novel about middle-aged policemen. How did you feel about that? Had you intended to write something different from what usually passes as Nordic noir?

I didn’t have a plan like that. The story about Ellen Tamm was evolving for many years. A story that eventually became so strong and vivid that I had to write it.

The early publicity pointed to Lycke being an easy and funny read with a female protagonist, great personalities and a psychological twist, all in all a book that would appeal to women readers. How has that turned out? Which aspects do readers tell you they like, and are most of your readers female?

I think that if you let yourself make general assumptions, the stories that are built upon complex female lead characters, where human instincts and feelings drive the plot forward, attract women to a great extent. But I would like to to point out that my story doesn’t have a distinct reader in mind. If you like emotionally charged and mental puzzles you will like Lycke, no matter if you’re a women or a man.

Finally, Mikaela, are there other aspects of Lycke that you’d encourage us to watch out for as we read?

I’m just so happy that Lycke is out in Australia and I’m so much looking forward to hearing what you think about Lycke, the first book in the Ellen Tamm series! Thank you so much for asking me all these questions. I hope I answered your questions correctly and please bear with my English J.

No problems. Again, congratulations and thanks.